20-year-old players in the market 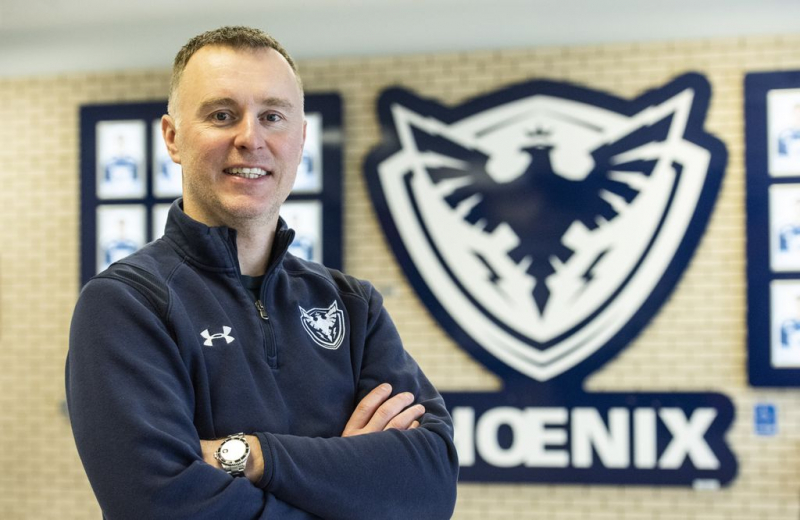 The 2020 draft is likely to keep Jocelyn Thibault more busy because of the transactions since the general manager of the Phœnix de Sherbrooke does not have a first, second and seventh round pick at the moment, but has eight 20-year-old players on hand. the limit is three per team.

Share June 1, 2020 7:23 p.m. Share 20-year-olds in the market SHERBROOKE – The 2020 draft won't be the Phoenix's busiest when it comes to selection picks, but a few trades can happen quickly, some involving 20-year-olds years of the Sherbrooke organization.

Obvious congestion caused by the limit of three 20-year-old players per team imposed by the QMJHL will force Jocelyn Thibault to be active in the trading market, starting on Friday, when the first round of selections will be held. On Saturday, the draft will continue. The Phoenix does not have a first, second and seventh round picks at this time.

However, the Sherbrooke team has five last-year defenders, two forwards and a 20-year-old goaltender for a total of eight players. This means that five of them will have to be exchanged or accept to play a role of spare wheel if they all come back. However, the situation for some is still unclear. This is particularly the case of defender Xavier Bernard, still awaiting a contract with the New Jersey Devils that would allow him to play for the professionals next season. The Devils have until July 1 to come to an agreement with their 2018 4th round pick.

Samuel Bolduc's presence in Sherbrooke in his 20s remains even less likely. After initialing an agreement this spring with the New York Islanders, everything indicates that the giant-format defenseman will make the jump to the pros as is the trend.

And this, not to mention the defender Olivier Crête-Belzile, who is currently fighting cancer, nodular Hodgkin lymphoma.

“There are a lot of discussions with the other general managers concerning our 20-year-old players,” admits Jocelyn Thibault. Given the uncertainty surrounding the presence of some of our senior players, we will certainly keep more than three 20-year-olds with us to start the season. “

On the defense, Mirco Fontaine will show up to training camp and fight for a position. Gregory Kreutzer has meanwhile indicated his interest in returning to the QMJHL next season even though he assessed the possibility of playing for a European league a few months ago.

On the attack, Benjamin Tardif will be back with the Phoenix as Jocelyn Thibault has no intention of trading one of his best forwards during the last campaign.

“Benjamin already has an important role confirmed with us. For the other two positions available, we will assess the situation later. There are several contingencies and we will have to be careful about that. “

Striker Nathaël Roy is the subject of many discussions and seems to interest some teams looking for a good 20-year-old player.

Goalkeeper Thomas Sigouin also attracts attention since the Phoenix will not be able to afford to keep a European goalkeeper like number 1 Samuel Hlavaj and a 20-year-old goalkeeper as second violin.

“Thomas had a great season with us last year after missing a whole campaign with a knee injury. He rebounded well and his statistics are very interesting. I like to accommodate my players by finding them a perfect position within a team interested in having them. But if I feel like I'm not getting a fair deal, I'll keep them with me. There is no press especially because the 20-year-old players can be exchanged at any time until Christmas unlike the others ”, specifies Jocelyn Thibault.

Two defenders and a 20-year-old striker?

“Everything will depend on who will be back and on the offers I receive,” says the Sherbrooke general manager.

For now, only two regular defenders are guaranteed to start the season in Sherbrooke if they are not the subject of a transaction: Jaxon Bellamy and Alexandre Joncas. Jacob Rabouin, who has played 44 of the Phoenix's 63 games, will also be back.

The presence of Xavier Bernard, like that of Olivier Crête-Belzile and Gregory Kreutzer, is to be confirmed.

But the chances of seeing Samuel Bolduc again are rather low.

In light of this situation, Thibault could be tempted to retain the services of Kreutzer, Crête-Belzile and Bernard to accompany Tardif in the group of three 20 years.

“No relationship is broken with our eight 20-year-old players and it is not our intention to obtain the high-quality 20-year-old services through a transaction. There are several uncertainties and the portrait will become clearer in the coming weeks, ”says Thibault.

Teilor Stone has been a reporter on the news desk since 2013. Before that she wrote about young adolescence and family dynamics for Styles and was the legal affairs correspondent for the Metro desk. Before joining The Bobr Times, Teilor Stone worked as a staff writer at the Village Voice and a freelancer for Newsday, The Wall Street Journal, GQ and Mirabella. To get in touch, contact me through my teilor@nizhtimes.com 1-800-268-7116
Previous ArticlePhoenix: Crête-Belzile was playing despite his fight against cancer
Next ArticlePrice can't do it all alone, Penguins win Game 2, 3-1