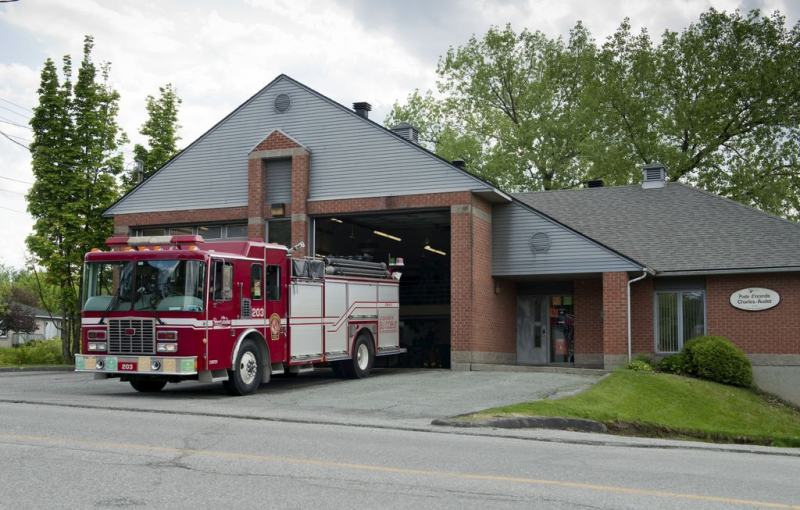 The SPCIS filed the third version of its fire safety risk coverage plan on Tuesday.

Jonathan Custeau La Tribune A new fire station will be built in 2021 at the corner of rue Galt Est and chemin Galvin. This is the most important element of the new 2021-2025 fire safety risk coverage plan presented on Tuesday. Among the investments totaling $ 4.9 million, the City is also planning to install a pre-emption system at 38 traffic lights.

According to the director of the Service de protection contre les fires de Sherbrooke (SPCIS), Stéphane Simoneau, this third version of the risk coverage plan is in line with the two previous plans and aims to ensure uniformity of services for all citizens. . He mentions that the financial efforts requested from the City of Sherbrooke are minimal compared to those undertaken by other municipalities.

The deputy director, Daniel Gingras, specifies that dispatching four firefighters in five minutes to the scene of a fire saves lives and contains the flames in the original room. “Our analysis shows that at this time, part of the territory is covered in a less privileged way, that is to say Fleurimont. We can send four firefighters there in five minutes for 64.2% of the territory. We are proposing to reposition the barracks on Chemin Lavigerie at the corner of Rue Galt Est and Chemin Galvin. The percentage of coverage would then increase to 90.2%. “

In addition to improving response time, the repositioning of the barracks would improve insurance ratings for commercial and industrial buildings.

The City estimates that it could sell its dilapidated building on Lavigerie Street for approximately $ 400,000. Its renovation to avoid a move would cost more than a million dollars while the construction is valued at $ 3 million. The works are desired in 2021.

Councilor Annie Godbout would like to obtain comparisons with other cities as to the proportion of territory coverage before committing funds to the construction of a new barracks. “The government sets targets for us, but does not give us money to meet these challenges,” she said.

Claude Charron was worried about a rise in the prices of materials due to the COVID-19 pandemic.

Stéphane Simoneau specifies that a price analysis has been carried out. “I'm not very worried. I hope that the COVID context, when we get to building the barracks, will have blurred. In Quebec, it is rare that we see a barracks below $ 5 million. We take plans similar to our other barracks to keep costs down. I am not embarrassed by comparables and I am sure that what we are presenting to you are the best costs that we can have. “ 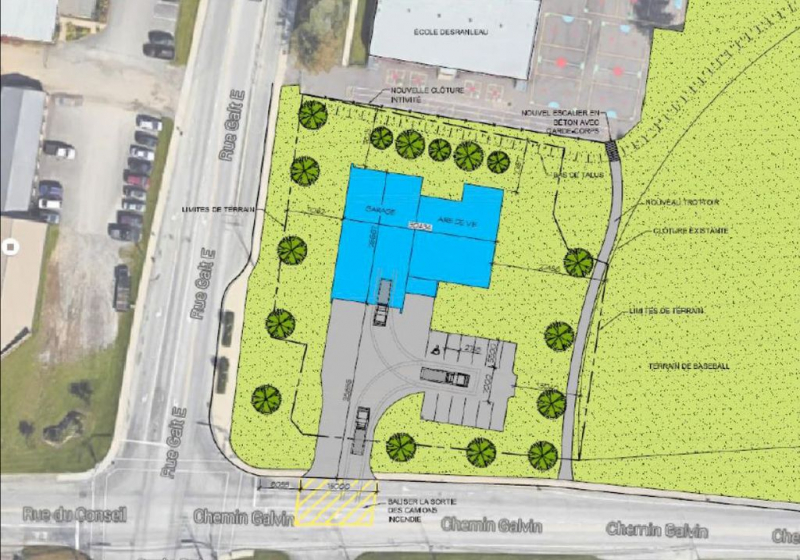 The new fire station would be located at the corner of rue Galt Est and chemin Galvin. Photo provided

Marc Denault indicated that the security of citizens is essential and that we must invest.

Danielle Berthold, president of the public security committee and councilor for the district where the new barracks will be built, assures us that she will defend this file until the end during the preparation of the 2021 budget.

The implementation of a traffic light pre-emption system, between 2021 and 2025, would cost $ 400,000 over four years. It would secure strategic intersections when firefighters arrive. The priority intersections are those of rue Terrill with rue du Cégep, rue Kennedy, rue 12e Avenue, rue 13e Avenue, and the exit from the Cégep parking lot, as well as those on boulevard Jacques-Cartier with rue Tracy, rue Wiggett and rue King Ouest . The intersection of King West and Marchand streets would also be targeted in the first year.

Finally, it is also planned to expand fire station number 1, on rue Terrill, at a cost of $ 1.5 million in 2025. It is reported that there is a lack of storage rooms and the fact that vehicles are parked in two. floors, among others.

The scheme will be submitted for public consultation on September 30 at 7 p.m., a consultation to be held online.

SPCIS responds to an average of more than 5,000 calls per year. It has seven barracks and a support fire station for an area of 366 square km. The associated expenses represent 4.7% of the municipal budget.

Teilor Stone has been a reporter on the news desk since 2013. Before that she wrote about young adolescence and family dynamics for Styles and was the legal affairs correspondent for the Metro desk. Before joining The Bobr Times, Teilor Stone worked as a staff writer at the Village Voice and a freelancer for Newsday, The Wall Street Journal, GQ and Mirabella. To get in touch, contact me through my teilor@nizhtimes.com 1-800-268-7116
Previous ArticleNacime Kouddar wants to drive his vehicle for work
Next ArticleBeaudin resigns from the economic development committee, the mayor is jubilant