$ 500 per week for all benefits and employment insurance 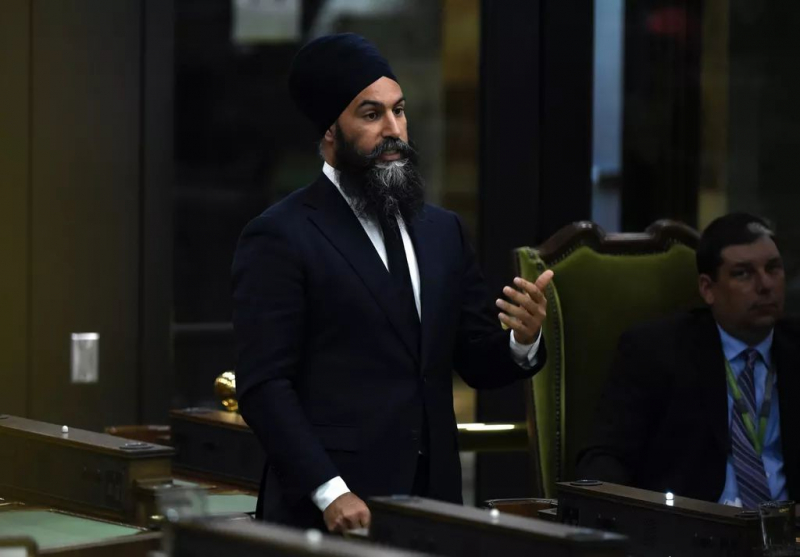 For the past month, NDP leader Jagmeet Singh has demanded that financial aid to individuals remain as generous as the PCU has been.

Share September 24, 2020 5:28 p.m. Share $ 500 per week for all benefits and employment insurance Lina Dib The Canadian Press OTTAWA – Trudeau government is ready to increase aid to workers that will be distributed once the Canada Emergency Benefit (PCU) disappeared. In doing so, he seems to be securing the support of the New Democrats and his survival.

We were still waiting for the calculation of the new bill at the end of the day on Thursday, and a clear position taken by the New Democrats.

When a month ago Ottawa announced three new upcoming benefits and an easing of the employment insurance rules, replacing the PKU, the first measure was to cost $ 22 billion and the second $ 7 billion.

That was when one of the three benefits amounted to $ 400 per week and the more accessible employment insurance also provided a minimum payment of $ 400 per week.

However, the federal government has just decided to distribute $ 500 per week to all unemployed workers.

Ottawa expects three of the four million PKU claimants to switch to EI, a scheme that has been relaxed. It will be accessible after only 120 hours worked, regardless of the unemployment rate in the inhabited region.

Bill C-2, tabled Thursday morning, will create the three new benefits announced last month for those who will not be able to count on the amended employment insurance.

The Canada Economic Stimulus Benefit (CEP) will be available for 26 weeks, until September 26, 2021. It will be possible to work while receiving this benefit. If the annual income exceeds $ 38,000, then the worker will have to repay 50 cents for every dollar received in PCRE.

The terms of the other two benefits remain as announced in August.

The Canada Sickness Benefit for Economic Stimulus is Ottawa's way of paying workers 10 days of sick leave; $ 500 per week, for a week or two.

The Canada Caregiver Economic Stimulus Benefit will be used by those who find themselves in the care of a child whose school or daycare closes. Again, it is $ 500 per week that can be pocketed.

Support from the NDP?

Here is the pretext needed for the New Democratic Party (NDP) to vote in favor of the Speech from the Throne delivered on Wednesday.

For the past month, NDP leader Jagmeet Singh has demanded that financial aid to individuals remain as generous as the PCU has been.

At a press conference on Thursday afternoon, Employment Minister Carla Qualtrough assured that going from $ 400 to $ 500 per week for the PCRE was not made to please the New Democrats, but good because here we are in the second wave of the pandemic.

Mr. Singh had not wanted to say on Wednesday whether he would vote for or against the Speech from the Throne. Thursday afternoon, when he introduced himself to a microphone, he was choosy.

He said Bill C-2 is “a major victory” wrested by his party, but he was still not ready to say whether he will support the minority government in the vote on the Speech from the Throne.

He continues to negotiate the sickness benefit with the government.

“We have problems with access and we are optimistic that we can solve it,” he offered when he left the Commons question period. He declined to specify the nature of these “problems”.

The Bloc agrees in principle

The Bloc members want to vote in favor of C-2 until the bill is examined in parliamentary committee.

The Caregiver Benefit limits the ages of children in care to the claimant to 11 years to qualify for the $ 500 per week. “We will check to see if there is no way to raise the age (…), that is an example”, said Mr. Therrien at a press briefing.

“We will work very hard to refine the bill,” he assured.

The other provisions of C-2

The bill tabled Thursday morning also serves to distribute $ 1.5 billion to the provinces for manpower training in a labor market disrupted by the COVID-19 pandemic.

C-2 also plans to give the government the power to spend by December 31 without obtaining parliamentary authorization for any measure related to COVID-19, such as the purchase of vaccines, for example.

Asked to say what they thought of this power that the government once again wants to give itself, the Conservatives simply replied, by email, that they will “examine the bill in caucus”.

Teilor Stone has been a reporter on the news desk since 2013. Before that she wrote about young adolescence and family dynamics for Styles and was the legal affairs correspondent for the Metro desk. Before joining The Bobr Times, Teilor Stone worked as a staff writer at the Village Voice and a freelancer for Newsday, The Wall Street Journal, GQ and Mirabella. To get in touch, contact me through my teilor@nizhtimes.com 1-800-268-7116
Previous ArticleFields of competence in health: Trudeau responds in Quebec by citing CHSLDs
Next ArticlePQ race: Guy Nantel will remain provocative