A dozen free shows on Télé-Québec 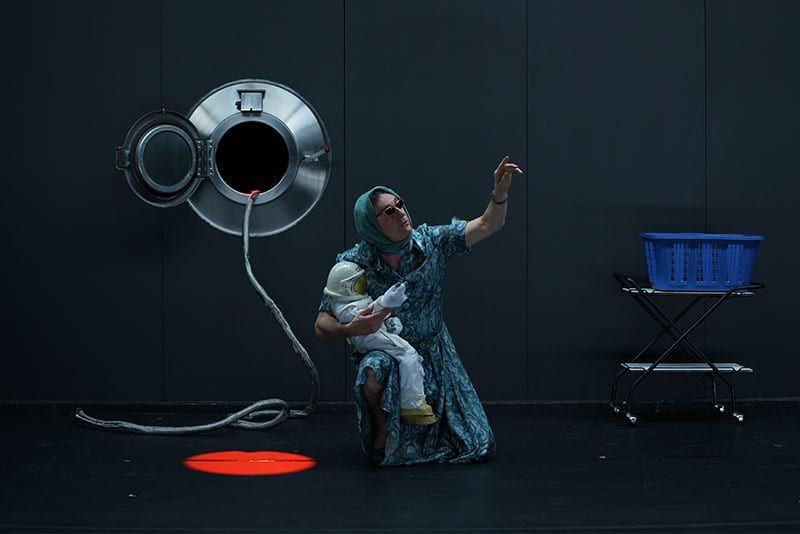 For the first time, The Hidden Face of the Moon will be performed on stage by the two performers who have played it around the world, Yves Jacques and its creator, Robert Lepage.

Richard Therrien Le Soleil BLOGUE / Télé-Québec will allow the public to have access to 12 major shows that could not be presented in theaters, due to the pandemic. A completely free “cultural passport”.

Among these productions, let us note The hidden face of the Moon , presented live from the Diamond on a date which has not yet been determined. For the first time, the work will be performed on stage by the two performers who have played it around the world, Yves Jacques and its creator, Robert Lepage.

The first show, Rallumer les étoiles in Lac-Mégantic , will be presented on Friday, November 27 at 9:30 p.m. It will be an outdoor concert given by Charlotte Cardin, Safia Nolin, the group Clay and Friends and Pomme, in the heart of a field in this town in the Eastern Townships.

Also on the program, a new version of The Little Prince , directed by Sophie Cadieux, by the musical theater of the Théâtre du Nouveau Monde and the Orchester Métropolitain, under the direction of Yannick Nézet-Séguin. Benoit Brière, Jean-François Casabonne, Sophie Desmarais, Fayolle Jean, Renaud Lacelle-Bourdon and Victor Andres Trelles Turgeon take part in this production, set to music by Éric Champagne, on Friday December 4 at 9:30 p.m.

Other titles to see: Bleu Jeans Bleu in a ski lift (December 30), For a story of one evening , The Hardings , The origin of my species – The genesis and a triple dance program with Louise Lecavalier, RUBBERBAND, Guillaume Côté and Maude Sabourin.

The production of these television broadcasts was entrusted to Blimp Télé, Productions Déferlantes and Productions KOTV. We promise to make special adaptations for TV and not just recordings, not always pleasing to the eye.

Teilor Stone has been a reporter on the news desk since 2013. Before that she wrote about young adolescence and family dynamics for Styles and was the legal affairs correspondent for the Metro desk. Before joining The Bobr Times, Teilor Stone worked as a staff writer at the Village Voice and a freelancer for Newsday, The Wall Street Journal, GQ and Mirabella. To get in touch, contact me through my teilor@nizhtimes.com 1-800-268-7116
Previous ArticleAC / DC: always your fingers in the socket [VIDEO]
Next ArticleThe Weeknd to star at Super Bowl halftime