A greater fraud than recognized 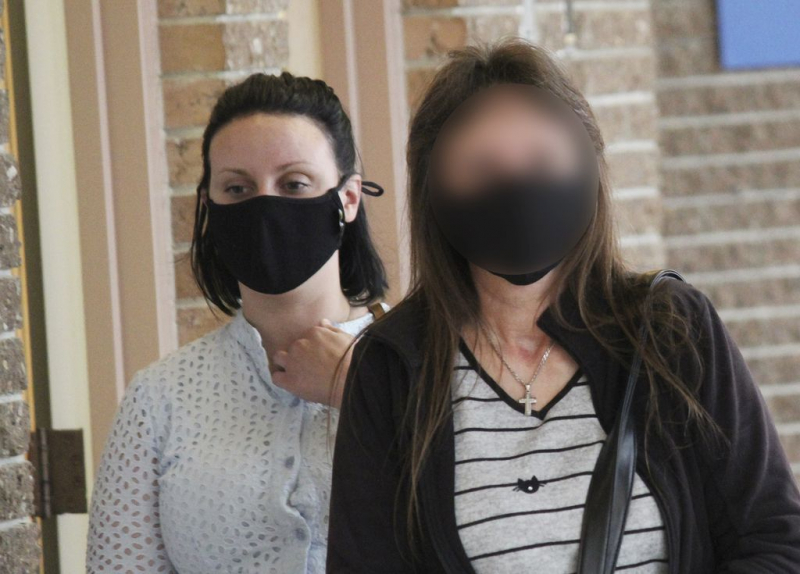 René-Charles Quirion La Tribune Broken, deceived, betrayed, Dr. Dorothée Garant of Magog went through the full range of negative emotions following the fraud carried out by her administrative assistant in whom she had placed her trust.

Annie-Lyne Belleville admitted a fraud of $ 31,000 towards her employer in 2016 and 2017, but the public prosecutor demonstrated on Tuesday that the fraud was of a greater magnitude.

The 32-year-old admitted that the fraud was at least $ 54,000 during the sentencing observations at the Sherbrooke courthouse. Annie-Lyne Belleville says that it was to pay at least $ 40,000 to $ 50,000 in debt that she carried out this fraud.

“I will never recoup my losses. They are huge both financially and personally. Not only have I lost an inordinate amount of money, earned by the sweat of my brow, but I have also been taken away my peace of mind, my confidence in my judgment and my generosity. I was made suspicious ”raises the victim in this case, Dr. Dorothée Garant.

The criminal prosecution attorney Me Laïla Belgharras and the defense lawyer Me Mireille Leblanc will present their arguments on the sentence to Judge Claire Desgens of the Court of Quebec on November 6.

The defense and the prosecution agree that a prison sentence should be imposed for this fraud.

The judge insisted that a refund be made as quickly as possible and that it could have an influence on the sentence that will be imposed.

“Madam Judge, being a victim of fraud is a rape to the person much more than to his finances (…) To be a victim of fraud is first of all to be the victim of treason. It is a poison which calls into question your judgment, ”testifies Dr. Garant who calls for the imposition of an exemplary sentence.

Owner of a PO + beauty care clinic in Magog, Dr Garant hired Annie-Lyne Belleville in March 2014 on the recommendation of a hiring professional.

Annie-Lyne Belleville started the Dermastyle business in June 2016 for the sale of skin creams in the premises of the aesthetic medicine clinic. “Before I had any concerns, it was like my daughter. I had decided to give it a chance. I was proud of her. I managed to take care of it. I loved her, ”said Dr. Garant with emotion.

The victim had concerns in October 2017 which culminated a month later with the dismissal of Annie-Lyne Belleville and then the criminal complaint.

“There was a large amount of accounts receivable, around $ 82,000. I met Annie-Lyne who told me there was no concern. She presented me with a bank statement which turned out to be forged. I called the bank and I was told that the bank accounts are confidential. I mention that I think I am being defrauded and I am told that it is always good to follow your hunches, ”says Dr. Garant.

Accountant Sandra Darveau testified in court about the schemes made by Annie-Lyne Belleville in 2017.

The accused canceled invoices on the terminal to reimburse customers, whereas Dr. Garant never did. An amount of $ 23,400 was thus paid into Annie-Lyne Belleville's account in 2016 and 2017.

All other schemes relate to events from 2017.

An amount of more than $ 30,000 in cash was not deposited by the fraudster at the end of the days. Invoices collected had been placed in accounts receivable.

Annie-Lyne Belleville also used Dr. Garant's clinic credit card to make purchases for her own business for an amount of nearly $ 19,000.

“Dr. Garant decided to stop the research. She felt like she couldn't see the end. It was overwhelmed, ”points out Ms. Darveau.

“I apologize for destroying Dorothy's life and all the damage caused. I didn't mean to hurt her. I enjoyed working with her. I find it sad that it affected her, ”says Annie-Lyne Belleville.

She claims that she was experiencing depression during acts committed without filing medical documents to support her claims.

“These amounts were used to pay off debts with creditors and collection agencies. I had a hard time sleeping because I wasn't living well with it. It was debts that I had dragged on for a long time, ”explains Annie-Lyne Belleville, who mentions that it is the need for money that is at the origin of this fraud.

She claims that she did not take advantage of the money from the fraud.

“I did this to do myself justice because I believed that these sums were owed to me”, indicates Annie-Lyne Belleville.

Teilor Stone has been a reporter on the news desk since 2013. Before that she wrote about young adolescence and family dynamics for Styles and was the legal affairs correspondent for the Metro desk. Before joining The Bobr Times, Teilor Stone worked as a staff writer at the Village Voice and a freelancer for Newsday, The Wall Street Journal, GQ and Mirabella. To get in touch, contact me through my teilor@nizhtimes.com 1-800-268-7116
Previous ArticleCrowdfunding against the Chemin Rhéaume project
Next ArticleInveterate thief sentenced to two years in prison