A mover absent on moving day 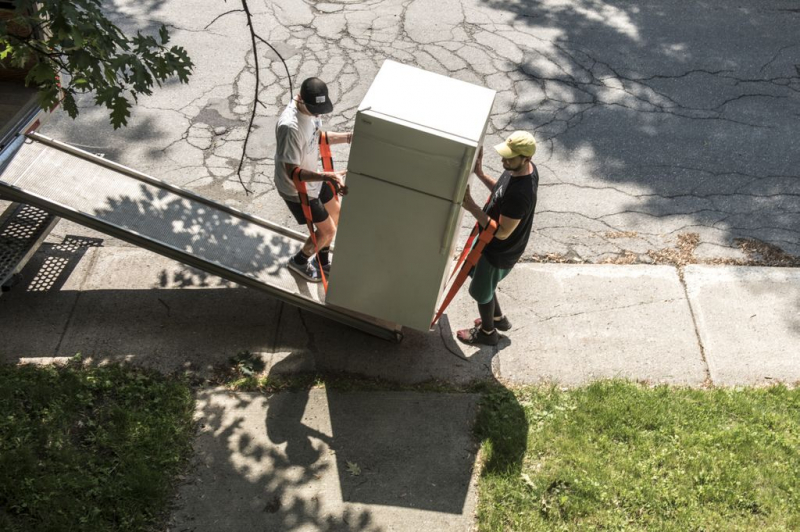 A mover who has not honored his contracts admitted his wrongs in court on Tuesday in Sherbrooke.

René-Charles Quirion La Tribune A mover who did not honor his contracts admitted his wrongs in court on Tuesday in Sherbrooke.

Two people who had entrusted the mandate to Pascal Courchesne found themselves very helpless on the day of their move.

No one showed up to perform the contract, despite the deposits that had been made.

“They tried to dial the number to reach Mr. Courchesne, but no number was working on the day of the move,” explains the prosecutor, Me François Houle.

Pascal Courchesne pleaded guilty to the acts committed on April 5 and 27, 2018.

He also admitted to having purchased a trailer for $ 2,500 without paying for it in full. He had made a deposit of $ 800, but never paid the balance despite a payment agreement made in the spring of 2017.

He now works in the west of the country.

“He left to find a job in the construction industry following these events”, explains his lawyer Me Mélissa Gilbert.

The accused will have to reimburse the three victims.

Judge Claire Desgens of the Court of Quebec suspended the sentence. She imposed a two-year prison sentence.

Courchesne will have to donate $ 1000 to Moisson Estrie as a palliative sentence for community work given his place of residence.

“It is sure and certain that I will make the refunds”, assured Pascal Courchesne.

Pascal Courchesne had a criminal record,

“Mr. Courchesne already has a criminal record. It has many breaks and it has a history of acquisition. If there had not been a common suggestion, the court could have imposed a custodial sentence. If he does not make the reimbursements and the donation, the case will be brought back to court and a prison sentence will be imposed, ”Judge Desgens noted.

Teilor Stone has been a reporter on the news desk since 2013. Before that she wrote about young adolescence and family dynamics for Styles and was the legal affairs correspondent for the Metro desk. Before joining The Bobr Times, Teilor Stone worked as a staff writer at the Village Voice and a freelancer for Newsday, The Wall Street Journal, GQ and Mirabella. To get in touch, contact me through my teilor@nizhtimes.com 1-800-268-7116
Previous ArticleBeaudin's resolution on transparency was defeated
Next ArticlePierre Avard will run for a new mandate