A reprieve for Vincent Boutin to keep his seat 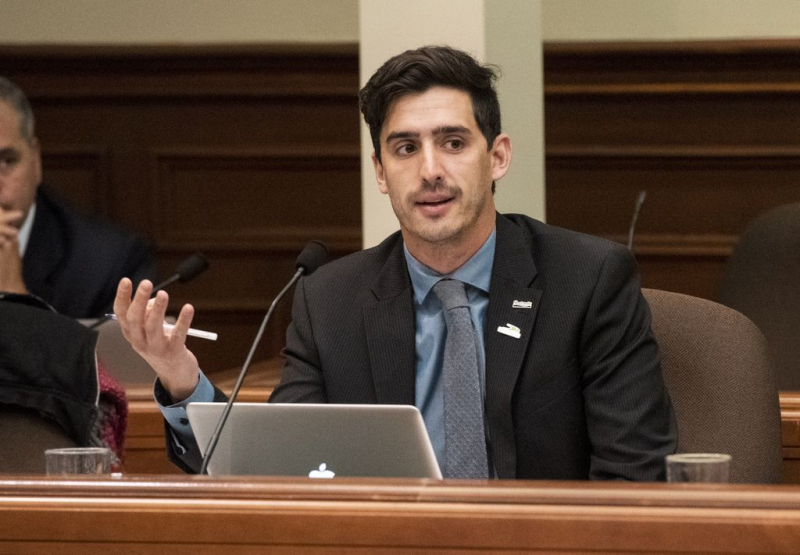 Councilor Vincent Boutin should be back in office by the end of September.

Jonathan Custeau La Tribune On a work stoppage since June 9, the councilor of the Quatre-Saisons district, Vincent Boutin, could have lost his seat had it not been for a resolution adopted on Tuesday evening at the municipal council. Elected officials give him a thirty-day reprieve to return to work, which among other things raised the issue of work-family balance.

According to the Act respecting elections and referendums in municipalities, in article 317, “the mandate of a member of the council who fails to attend council meetings for 90 consecutive days ends at the close of the first meeting following the expiration of this period, unless the member attends ”. In the case of Mr. Boutin, the deadline expired on September 8.

The council can nevertheless grant a grace period of 30 days, which, in this case, allows Mr. Boutin to be absent until October 8.

Councilor Danielle Berthold has indicated that Vincent Boutin will resume his post by the end of September.

Évelyne Beaudin was the first to raise the issue of work-family balance within city council. “Vincent's absence left a void for our group dynamic. Without assuming anything, Vincent's departure reminded me of how much we need to think about work-family balance. If we want it to work, it involves reviewing the committees. It is a shame that we missed the window we had for committee reform. It will probably not come to fruition in a coherent and thoughtful way between now and the next election. For Sherbrooke Citoyen, in the next election, this will be a priority issue. “

Danielle Berthold took over from Vincent Boutin in several of her functions. “I want to tell you that the advisory planning committee is a mandatory committee. It is without a doubt the committee that requires the most time and availability. For a young dad with three kids, that's a lot of work. In the coming years, we will not have to reassess the status of this committee, but I think it is a committee that is not remunerated for the responsibilities and the meetings that have to be held. The bonus granted to the president of the advisory planning committee is approximately $ 11,000.

Mayor Steve Lussier says he has no doubt that work-family balance must take more place.

“For the reform of the committees, I confirm that it is considered and coherent. If it hadn't been for COVID, there would have been some relief from committees. Hope we can come back to it. “

Karine Godbout, for her part, testified that work-family balance is a daily challenge, she who has three young children. “If I succeed, it's because I have an exceptional spouse, present, who accepts to play as a team on it. I observed in times of COVID that I am more present at home in the evening and we realize this very important time as a family. “

Teilor Stone has been a reporter on the news desk since 2013. Before that she wrote about young adolescence and family dynamics for Styles and was the legal affairs correspondent for the Metro desk. Before joining The Bobr Times, Teilor Stone worked as a staff writer at the Village Voice and a freelancer for Newsday, The Wall Street Journal, GQ and Mirabella. To get in touch, contact me through my teilor@nizhtimes.com 1-800-268-7116
Previous ArticleNo free swim or swimming lessons in Montcalm this fall
Next ArticleMonique Lortitch: woman with head and arms