A vehicle rushes into a fence on King West 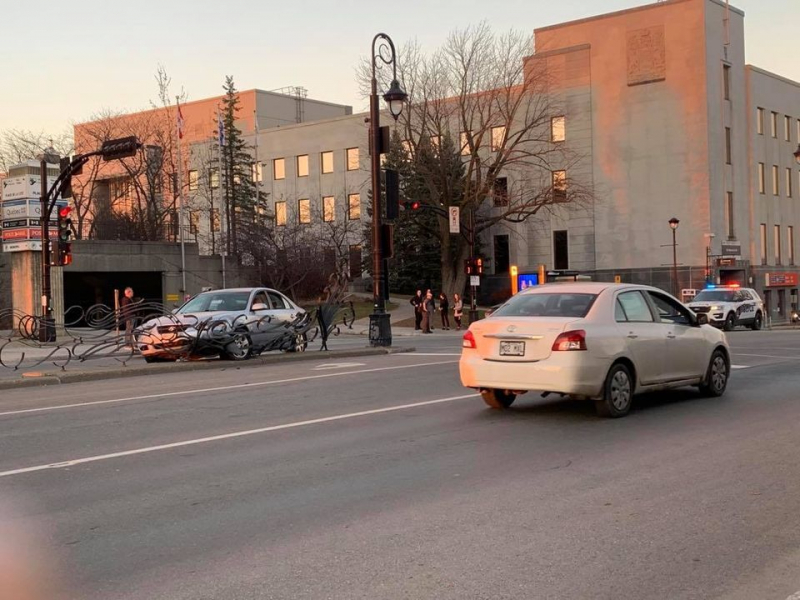 The front of a car was sunk after hitting a fence in the middle of the street.

Share November 8, 2020 4:58 p.m. Share A vehicle hits a fence on King West The driver of a vehicle crashed into the central fence that separates King Street West in front of the courthouse around 4:30 p.m. Sunday.

There were no injuries, assures the Service de police de Sherbrooke (SPS), and only one vehicle was involved in the accident.

The paramedics found themselves on the scene by chance. “He was passing by, so they called us,” one told the SPS.

According to a witness, traffic was slowed down on King Street West.

Teilor Stone has been a reporter on the news desk since 2013. Before that she wrote about young adolescence and family dynamics for Styles and was the legal affairs correspondent for the Metro desk. Before joining The Bobr Times, Teilor Stone worked as a staff writer at the Village Voice and a freelancer for Newsday, The Wall Street Journal, GQ and Mirabella. To get in touch, contact me through my teilor@nizhtimes.com 1-800-268-7116
Previous ArticleEric Salvail's criminal trial for sexual assault resumes Monday
Next ArticlePropagation of sexting: the SQ is taking the big steps