A week of work on Boulevard Bourque 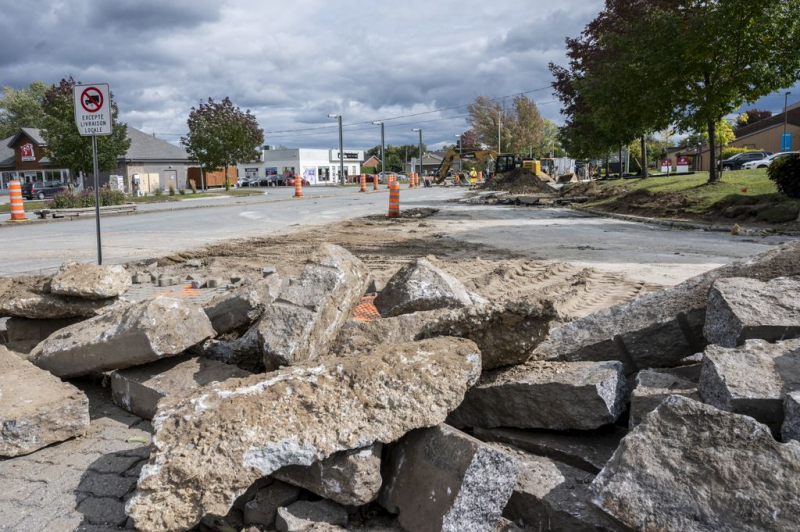 The access ramps between rue du Haut-Bois and boulevard Bourque will be removed this week to improve the safety of pedestrians and cyclists.

Jonathan Custeau La Tribune SHERBROOKE – A new construction site is being added in the Rock Forest sector, while the access ramps at the corner of Boulevard Bourque and Rue du Haut-Bois will be condemned. The City of Sherbrooke estimates that a week of work should be planned at this location.

“These are jobs that are temporary because we have a mega-construction site coming up in the next few years. We will see the entire intersection again. For now, it is only the removal of the shoulder straps to secure crossings for pedestrians and cyclists, ”explains Caroline Gravel, director of the Urban Infrastructure Department at the City of Sherbrooke.

We expect a week of work with slowdowns, but there will be no lane closures. Signalers are on site to direct motorists.

“The phasing of the traffic lights will be changed because there will now be right turns. We take off the suspenders. Initially, we had to redo the turning lanes, redo the paving and the concrete, but for the moment we are only closing the ramps with seed and peat. Sidewalks are being redone to shorten pedestrian crossings. “

Remember that the last phase of Boulevard René-Lévesque should tie into Rue du Haut-Bois, which would justify at this time a reorganization of the intersection with Boulevard Bourque.

The City could not wait for the end of the paving of the neighboring streets, namely the streets of Gaspé, Gibraltar, des Partisans and Henri-Labonne to begin work on Boulevard Bourque.

Ms. Gravel reports that the infrastructure will be replaced when the intersection is reconfigured in a few years. “These aren't big costs at the moment, but we can make pedestrians safer without investing a lot of money. “

In addition, the work on King Street West should end on September 22, barring any weather-related problems. There are no delays on Fréchette Street for the moment. Ms. Gravel recalls that the two lanes of Boulevard de Portland are reopened from the evening rush hour and asks citizens to use both lanes to avoid traffic slowdowns. There are still no plans to do any work at the intersection of rue Chartier and boulevard de Portland until the obstructions on rue King Ouest are removed.

On Duplessis Road, the paving of the bike path began last week. At the same time, the repair of the courtyard entrances has started. Everything should be finished by mid-October.

Note that traffic has calmed down in the new Costco area, on the Saint-Joseph plateau, even if it remains denser on Fridays and weekends. “If we double all the streets, we should spend $ 11 million, and to improve access to the highway, we have to touch the viaduct and add several million. We will have to see if the investments are necessary or if we can make small adjustments to make the wait tolerable. We have to live with a certain amount of time, to see if we want to invest in reducing the waiting time. A budget request for 2021 was nonetheless filed to extend Achille-Beaucher Street. “

More than thirty sites are still active on the territory of the City of Sherbrooke.

Teilor Stone has been a reporter on the news desk since 2013. Before that she wrote about young adolescence and family dynamics for Styles and was the legal affairs correspondent for the Metro desk. Before joining The Bobr Times, Teilor Stone worked as a staff writer at the Village Voice and a freelancer for Newsday, The Wall Street Journal, GQ and Mirabella. To get in touch, contact me through my teilor@nizhtimes.com 1-800-268-7116
Previous ArticleThe City will frame the architecture of the University sector
Next ArticleCompliance with health rules: no findings yet issued in Sherbrooke