Acquitted, the author Yvan Godbout says he can “breathe again” 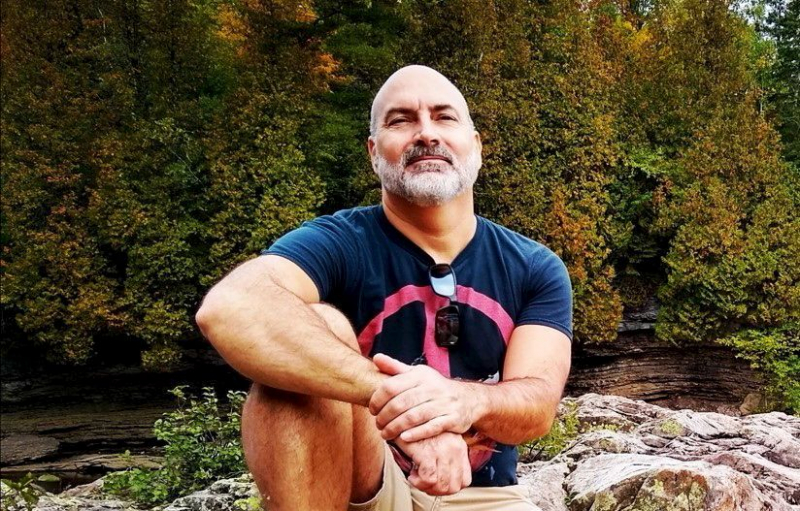 The writer Yvan Godbout, acquitted this week of the charges of child pornography brought because of passages of his horror novel, says that he can “breathe again”.

“It's a huge weight less on my shoulders. I feel emotions that I haven't felt for a long time, ”he said in an interview with The Canadian Press.

Mr. Godbout and his publisher were acquitted of producing child pornography with the horror novel Hansel and Gretel.

“Authors and creators will be able to breathe a little easier. They will no longer have the impression of having a Damocles sword above them, ”underlines Mr. Godbout during a telephone interview.

Despite everything, the anxiety felt for 18 months continues to weigh heavily on him and his family. He had to pay the price, both financially and socially, for these procedures.

“I have lost friends,” admits the fifty-something.

He recounts the circumstances of his arrest in March 2019 at 6 a.m.

Mr. Godbout chose to lie in the basement for the next two to three months, unable to cope with the trauma he experienced.

Its editor François Doucet considers that their legal victory has a bittersweet flavor.

“It is completely absurd to be accused without proof,” he commented.

He has received death threats by mail and on social media. When he was out of the country, the police mistook his identity and arrested one of his sons.

“Another of my sons tried to kill himself,” says Doucet.

“Supermarkets have taken my books off their shelves. We publish 350 books a year, but we had to sell our buildings, our land. ”

More than 40 people have lost their jobs.

“I wonder how far federal and provincial prosecutors have read the Marquis de Sade,” he mocked.

Hansel and Gretel, a 250-page novel, chronicles the ordeal of a brother and sister who suffer physical, sexual and psychological abuse as part of a sci-fi and horror story.

Yvan Godbout had argued that a writer who neither advocates nor advises pornography should not see his freedom of expression restricted by criminal charges. He added that the law serves to protect “real children” and not those imagined in works of fiction.

The Attorney General of Quebec acknowledged that the law violates freedom of expression, but argued that the limit was justified to protect children, among the most vulnerable members of society.

In his 53-page judgment, Judge Marc-Blanchard ruled in favor of the writer and his editor.

The province has 30 days to appeal.

Mr. Godbout plans to “rebuild” his life before relaunching his career as a writer or even suing.

“Right now, I really want to focus on me and my family. I was not the only one injured. There are my relatives and my publishing house who have suffered incredible and almost irreparable damage. ”

Teilor Stone has been a reporter on the news desk since 2013. Before that she wrote about young adolescence and family dynamics for Styles and was the legal affairs correspondent for the Metro desk. Before joining The Bobr Times, Teilor Stone worked as a staff writer at the Village Voice and a freelancer for Newsday, The Wall Street Journal, GQ and Mirabella. To get in touch, contact me through my teilor@nizhtimes.com 1-800-268-7116
Previous ArticleDelicacies, by Cynthia Touchette: colorful butterflies and emotion
Next ArticleCulture Days come at the right time