After the book, we fall for the piece “Les murailles” by Erika Soucy 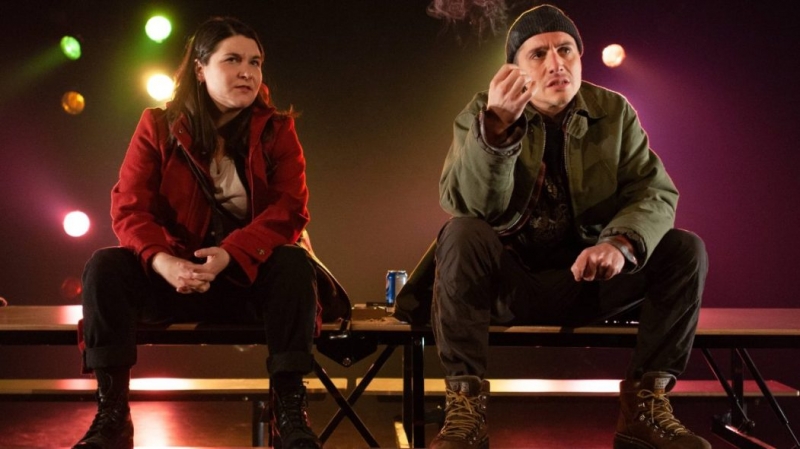 While visiting her father on the Romaine shipyard, Erika Soucy overcomes not only the walls between her and him, but also those between the closed universe of the “fly-in fly-out” and the rest of the world.

This theatrical adaptation of the terrific 2016 novel by Léo's co-screenwriter is powerful and touches the heart. With humor and finesse, she makes us discover the reality of major construction sites, a thousand miles from clichés, and introduces us to colorful and endearing characters.

The documentary approach to the narration gives a breath of humanity to the whole, which is carried by the impeccable acting of Erika Soucy, Philippe Cousineau, Gabriel Cloutier Tremblay, Claude Despins and Marie-Ève Pelletier.

Teilor Stone has been a reporter on the news desk since 2013. Before that she wrote about young adolescence and family dynamics for Styles and was the legal affairs correspondent for the Metro desk. Before joining The Bobr Times, Teilor Stone worked as a staff writer at the Village Voice and a freelancer for Newsday, The Wall Street Journal, GQ and Mirabella. To get in touch, contact me through my teilor@nizhtimes.com 1-800-268-7116
Previous Article“Submersible” by Carolanne Foucher: a sensitive and moving poetry
Next ArticleMontrealer Julie Doucet wins the Angoulême Grand Prix