Albarn and Sissako unite to create an “African” opera 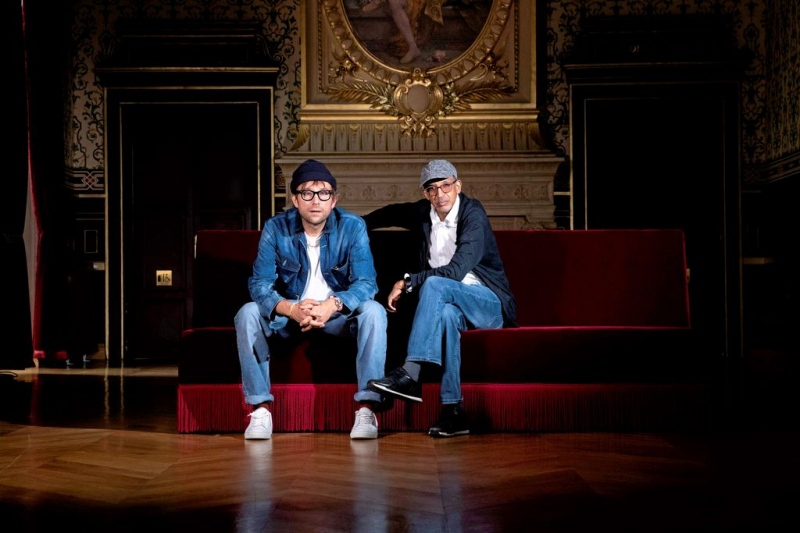 Damon Albarn and Abderrahmane Sissako unite for The flight of the Boli, an opera which wants to “sing” the relations between Africa and Europe.

Share October 5, 2020 11:27 am Updated at 11:59 pm Share Albarn and Sissako unite to create an “African” opera Agence France-Presse PARIS – An opera that wants to “sing” the relations between Africa and Europe, so painful be they: The flight of Boli is the fruit of the meeting between one of the most famous African directors, the Mauritanian Abderrahmane Sissako, and the jack-of-all-trades of English pop, Damon Albarn.

The opera, which premieres Wednesday at the Châtelet in Paris, tells the story of relations between Africa and Europe since the 13th century, through a fetish, the boli. In the Bambara animist culture of sub-Saharan Africa, it is the most sacred object, considered a protector and a guide.

A large part of the artists are Africans and the Malian, Congolese and Burkinabé musicians are accompanied by an old choir (male) and a female choir led by the famous Malian singer Fatoumata Diawara, who has already collaborated with the group Gorillaz and Abderrahmane Sissako in his movie Timbuktu .

A work that recalls the musical show Bintou Wéré (2007) presented in Bamako and then at the same Théâtre du Châtelet as “the first African opera”, born from the collaboration of artists from the Sahel countries.

In 2016, the Théâtre du Châtelet contacted the English musician – singer of the groups Blur and Gorillaz – to write a 21st century opera. For his third musical show, the 52-year-old songwriter immediately thinks of Africa, after being inspired by Asia for Monkey Journey to the West (2007) and the universe of Alice in wonderland for Wonder.land in 2016.

But the Englishman does not feel “legitimate” to create an opera alone, which is more about Africa, he explained to AFP. It was then that Abderrahmane Sissako, director in particular of Timbuktu (2014) – crowned with awards throughout the world -, entered the scene.

Their first meeting took place on the banks of the Niger River in Mali, recalls Damon Albarn. “Being together in Bamako allowed me to see someone else in Damon. He was no longer the musician, but a happy and generous man ”, declares the Mauritanian director, 58, who admits that he hardly knew the songs of the Briton before meeting him.

For the writing of the libretto, Abderrahmane Sissako and director Charles Castella, longtime friends, are inspired by the story of the theft of the boli, narrated by Michel Leiris in L'Afrique fantôme , a logbook he kept. during the famous Dakar-Djibouti ethnographic mission (1931-1933).

The ethnologist had been tasked with stealing a boli. The stolen object, an assembly of organic materials whose shape can evoke an animal, is exhibited at the Quai Branly Museum.

In his book, “Michel Leiris repents of this theft, but the museum does not exhibit this page of the book,” indicates Charles Castella. Abderrahmane told me “We will open to the right page”, and that was the starting point, ”continues the co-author of the opera.

The question of the return of works of art stolen, offered or bought – at a low price – in countries which were then French colonies has animated cultural circles in particular for several years.

But Le vol du Boli is not intended to be a “political platform”, declares the Mauritanian director. “It's a conversation.” Damon Albarn hopes that this opera gives “something to think about”. “You plant a little seed, and that's the start of change,” he adds.

“Art should not be expressed violently. If you are in pain somewhere, it is much more moving to sing about it than to shout it, ”abounds Abderrahmane Sissako.

Damon Albarn wrote the music, Abderrahmane Sissako and Charles Castella the libretto, but the creation process has been based on workshops in which musicians, actors and dancers have participated since 2018, between Mali, France and England.

Teilor Stone has been a reporter on the news desk since 2013. Before that she wrote about young adolescence and family dynamics for Styles and was the legal affairs correspondent for the Metro desk. Before joining The Bobr Times, Teilor Stone worked as a staff writer at the Village Voice and a freelancer for Newsday, The Wall Street Journal, GQ and Mirabella. To get in touch, contact me through my teilor@nizhtimes.com 1-800-268-7116
Previous Article“COVID Horror Movie”: Cineworld Shuts Down in UK and US
Next ArticleThe last farewells to Juliette Gréco