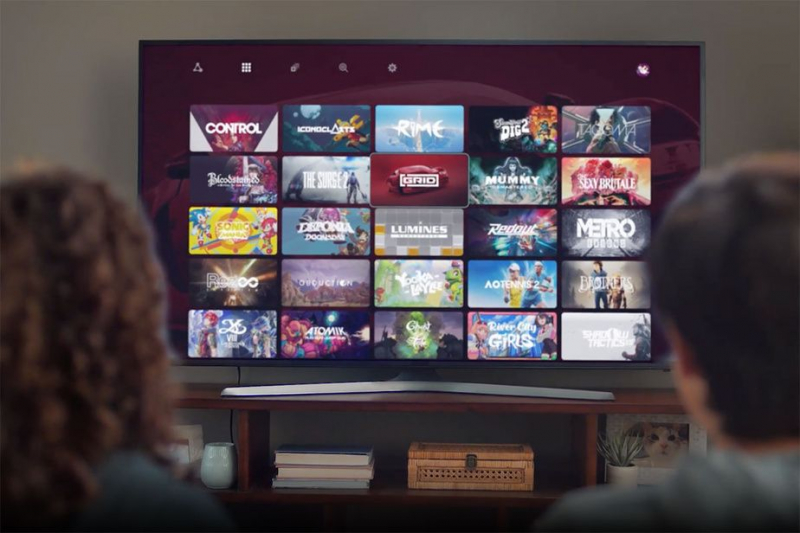 Amazon has announced the launch of Luna, its on-demand video game platform that will allow gamers to directly access their favorite titles via the cloud on the device of their choice.

Share September 24, 2020 6:10 p.m. Share Amazon launches Luna, its video game platform Agence France-Presse NEW YORK – Amazon announced on Thursday the launch of Luna, its on-demand video game platform that will allow players to access their titles directly favorites via the cloud (remote computing) on the device of their choice.

With this new service, Jeff Bezos' group intends to compete, in a market valued at several billion dollars, with Google, which launched its own digital video game platform in November, Stadia, and Microsoft, which recently added the service. Cloud Gaming for subscribers of its online game library.

Two subscriptions have been announced: a Luna + package, with a starting price of $ 5.99 per month, including access to an unlimited number of hours of play and a large catalog of titles as well as a Ubisoft channel, in partnership with the French video game publisher, the price of which has not yet been announced.

A Luna controller will be marketed for $ 49.99. It will be directly compatible with a PC, a Mac or a Fire TV as well as with applications for iPhone and iPad and, later, for Android.

“We created Luna to make it easy to play great games on devices that customers already own and love,” Marc Whitten, Amazon vice president responsible for services and operations, said in a statement. entertainment products.

“It's Day One for Luna – we look forward to working with gamers, streamers and publishers like Ubisoft and Remedy Entertainment to build a great gaming experience for everyone,” added Mr. Whitten.

Preview access to Amazon's new platform is currently only available by invitation for US customers.

Luna will be operated thanks to Amazon Web Services (AWS), the titanic “cloud” service of the Seattle group, leader in this market.

Teilor Stone has been a reporter on the news desk since 2013. Before that she wrote about young adolescence and family dynamics for Styles and was the legal affairs correspondent for the Metro desk. Before joining The Bobr Times, Teilor Stone worked as a staff writer at the Village Voice and a freelancer for Newsday, The Wall Street Journal, GQ and Mirabella. To get in touch, contact me through my teilor@nizhtimes.com 1-800-268-7116
Previous ArticleBusiness automation further threatens female employment
Next ArticleTax evasion: Ottawa's plan for digital giants will need to be clarified