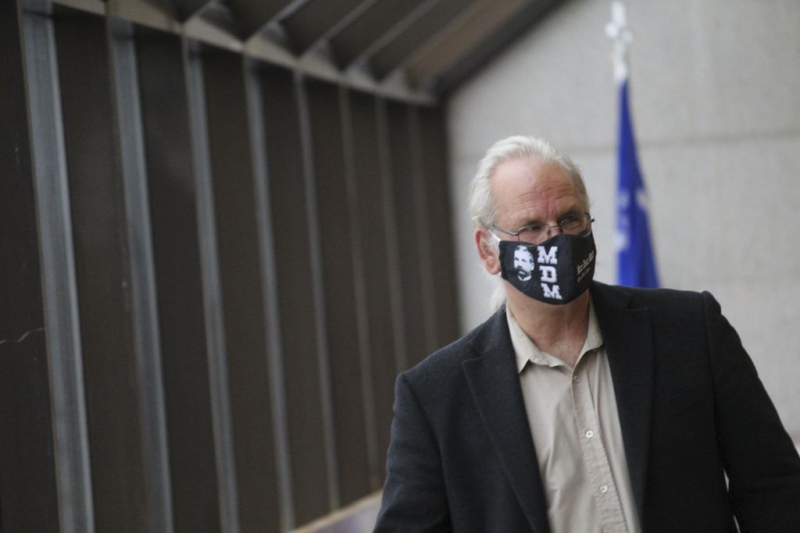 René-Charles Quirion La Tribune Sherbrooke – “I determined that it was a crime scene and that the patient was no longer being touched. “

Paramedic Daniel Gendron quickly noticed that Héliodore Dulac had died on his arrival on the Yard road in Milan in June 2018.

The paramedic was called to the stand on Monday at the trial of Ian Bélanger who is accused of the second degree murder of Héliodore Dulac at the Sherbrooke courthouse.

The emergency responder mentions having received a call for a patient in cardiac arrest around 6:05 p.m. on June 3, 2018.

Paramedics and Sûreté du Québec police arrived at the scene at about the same time.

Daniel Gendron made the decision not to perform resuscitation maneuvers.

“I saw a man lying on his left side in a fetal position. He had obviously been dead for some time. The lower side was purple. The body had a gray color. Seeing the victim, it was obvious that it was not a natural death. There weren't really any maneuvers to do. With the color, the wounds; I didn't see fit to maneuver. It was not a natural death scene ”testified Daniel Gendron.

He describes that Heliodore Dulac had injuries to his right foot, arms, back and swollen face.

Daniel Gendron testifies that the victim's pants and shirt were a little further from the body and that a tarpaulin with blood was also there.

“There were a lot of flies on the patient. He was gray-blue (…) There was no blood that matched the injuries he had, ”testifies the paramedic Gendron. 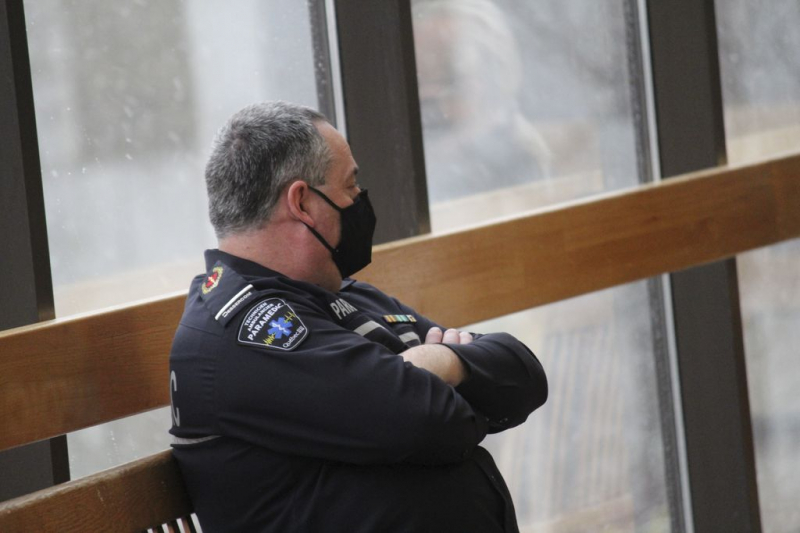 It was while making the tour for the annual voluntary contribution (CVA) for the church on the way to the Yard that a citizen of Milan discovered Héliodore Dulac.

“I felt the heavy air. I felt that there was something wrong that I hadn't felt before. It was a sensation. I stepped forward and he was lying on the ground. His foot was cut from edge to edge. He was lying on his left side and I could not see his face, ”explains witness Daniel LaBoissière.

He remembers that the victim was lying in front of his vehicle in his underwear and that he did not have his cane.

“I saw deer flies that landed on him and he did not react (…) I had the bitch. I was uncomfortable going to see him, to go to a dead person. I had a feeling he was dead, ”says Mr. LaBoissière.

The witness did not get out of his vehicle and went to contact the authorities at the neighbor's house.

“I told a neighbor to call 9-1-1. I think Heli is dead ”indicates the witness.

The latter returned to wait for the police and make his statement.

The witness states that he did not know Ian Bélanger.

Daniel LaBoissière mentions that he had already seen Kassandra Harpin at Héliodore Dulac.

“Heli told me she was his cleaning lady. I had never spoken to this person, ”says Mr. LaBoissière.

The witness points out that Héliodore Dulac had already informed him that he “had had trouble with her. “

According to him, Héliodore Dulac did not have the physical capacity to “party”.

At the start of the trial, the prosecution read the admissions made by Ian Bélanger.

The identity of the accused Ian Bélanger, the death of the victim Héliodore Dulac on June 3, 2018, the muscular dystrophy of Héliodore Dulac, that the crime scene in Milan was protected and the qualities of the experts who will be called upon to the bar were among other things filed as admissions at the start of the trial.

Me François Gauthier and Me David Petranic defend Ian Bélanger, while the criminal prosecution attorney Me Geneviève Crépeau assists Me Isabelle Dorion in the prosecution.

Teilor Stone has been a reporter on the news desk since 2013. Before that she wrote about young adolescence and family dynamics for Styles and was the legal affairs correspondent for the Metro desk. Before joining The Bobr Times, Teilor Stone worked as a staff writer at the Village Voice and a freelancer for Newsday, The Wall Street Journal, GQ and Mirabella. To get in touch, contact me through my teilor@nizhtimes.com 1-800-268-7116
Previous ArticleSPS: more and more mental health interventions
Next ArticleNo external expert for Valoris … for the moment