Arnaud Soly in balance between the cellar and the reflective 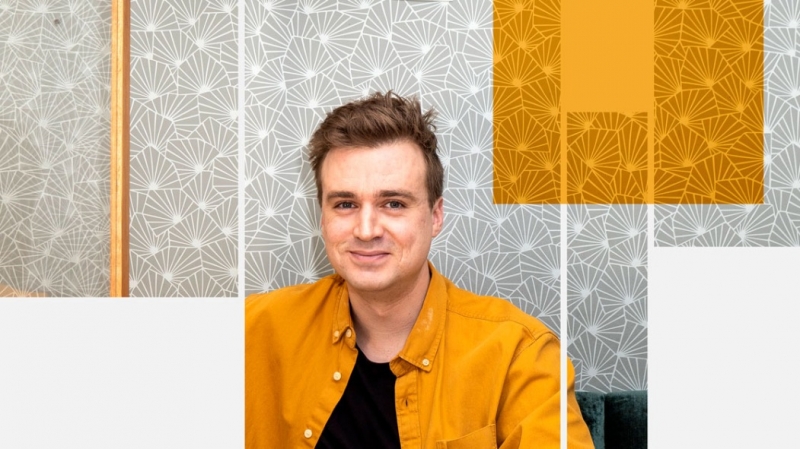 Let him play Despacito on the recorder with his nose, whether he portrays Antonio, the vulgar cartoonist live on Instagram, whether he recounts his first sexual encounter on stage or derides social phenomena at Club Soly , Arnaud Soly has always conquered his audience. The secret of who was crowned Discovery of the Year at the most recent Les Olivier gala? His ability to always be in perfect balance between the cellar and the reflective.

You finally present your first solo show, Stand Up , which was to start at spring 2020. How do you feel about your return to the stage?

It's going really well, I really like the stage. It was weird to present it so late, but the show is not dated. I touch wood, hoping we don't refine ourselves. At this point, I have a let-go: I live with the changes. I stopped investing myself emotionally in it because I have no control.

The show is not dated, because you bring up subjects there timeless and personal, but does hindsight change your perspective on its content?

As a creator, we are always in love with our latest joke . I'm not as excited as I started with this show anymore, although I always change little things. The moments of improvisation really make it come alive. Also, when I put myself in the right frame of mind, I quickly fall back into the excitement of the beginnings.

A lot of people discovered you during the pandemic with your improvisations and your characters on social networks . On stage, you really are yourself. What side of you do you want to reveal like this?

The stand-up is vulnerable for me. I like the idea of ​​presenting myself in myself, without a costume, without a character, without a fourth wall, with just a microphone… It's still a bit of a puzzle when you put it into perspective. On the Internet, I can edit. On stage, it's raw. Of course, I use this platform to tell things that I do not tell in my show TV. Each medium has its strengths and I try to use them to their full potential.

Let's talk about this show TV, Club Soly . It's been a long time since we've seen a comedy show that bounces so heavily on the news. What do you like about this formula?

I think that's the strength of it. This is also the biggest challenge: staying relevant and not repeating what has been said 1000 times already. With the Internet, things go fast, everyone has a joke above all. We try to find original angles. There's a week between writing and airing each episode, so there's always a lag that you have to grapple with. From a humorist point of view, a lot of things are very inspiring in our society right now. It makes a good comedy engine.

Exactly, how does the news inspire you?

It is above all the major trends, such as racism, sexism, health problems, the pandemic … I am very inspired by extremes, somewhat radical speeches, both on the left and on the right & # 8230; More to the right, I would say. There is something very humorous about pointing out the flaws in certain speeches. It gives beautiful characters in any case, like Namastéphanie, the hippie yoga teacher but antivax.

Looking at Club Soly , we imagine very well seeing you and your collaborators (including Virginie Fortin, Anas Hassouna, Richardson Zéphir and Katherine Levac) at the helm of a Bye bye . Is this a challenge that you would like to take up one day?

The Bye bye is a humor institution in Quebec. It's exciting to know that more than half of Quebec is in front of your screen at the same time, even if that's what makes it difficult! Also, it comes with a huge budget, so we could push stuff really far, shoot a one minute sketch in a day and do it well with a big team… So yes, definitely, that would be a great project. At the moment, we are doing a little Bye bye work, but every week.

You stand out by using humor that is both very silly and very intelligent. A good example is your sexy nurse costume at Club Soly . While looking utterly ridiculous, you deplore the working conditions of nurses and criticize sexist Halloween costumes. Are you doing this consciously?

I try, I try. It's not reflected on every second of creation, but I find the idea of ​​passing a message or taking a critical approach to a phenomenon and doing it in a completely uninhibited, absurd and playful way very satisfying. It speaks to me. Shows like South Park do it very well. There is always an extremely engaged level and a super immature level. I love this balance between the cellar and the reflective.

I grew up with Bruno Blanchet, Marc Labrèche, The end of the world is at seven o'clock , that shaped me a lot in my humor. The Bleu Poudre are essential too, they had a very committed and very stupid touch.

Arnaud Soly, about his influences

Your fall has been very busy. How do you see the future of things?

You ask me that today, and I just can't wait for Christmas to do nothing! Club Soly was a marathon, as we write weekly and we are just two authors [Editor's note: him and Julien Corriveau]. So, at the moment, my next projects are to do a puzzle, play with my daughter, go for a walk, listen to films, read, recharge my batteries… After, we'll see. I already have a few stand-up ideas that are piling up. Eventually, I'll go back to comedy clubs to try some new stuff. Maybe a season 2 of Club Soly , I hope so.

Arnaud Soly will present Stand Up on December 17 and March 3 at the Théâtre Saint -Denis and on tour throughout Quebec.

The last episode of Club Soly will be broadcast Monday at 7:30 p.m. in Noovo.

Teilor Stone has been a reporter on the news desk since 2013. Before that she wrote about young adolescence and family dynamics for Styles and was the legal affairs correspondent for the Metro desk. Before joining The Bobr Times, Teilor Stone worked as a staff writer at the Village Voice and a freelancer for Newsday, The Wall Street Journal, GQ and Mirabella. To get in touch, contact me through my teilor@nizhtimes.com 1-800-268-7116
Previous ArticleAlexis Vaillancourt, not just the son “of”
Next ArticleThe Foo Fighters, Dua Lipa and A $ AP Rocky in Osheaga next summer