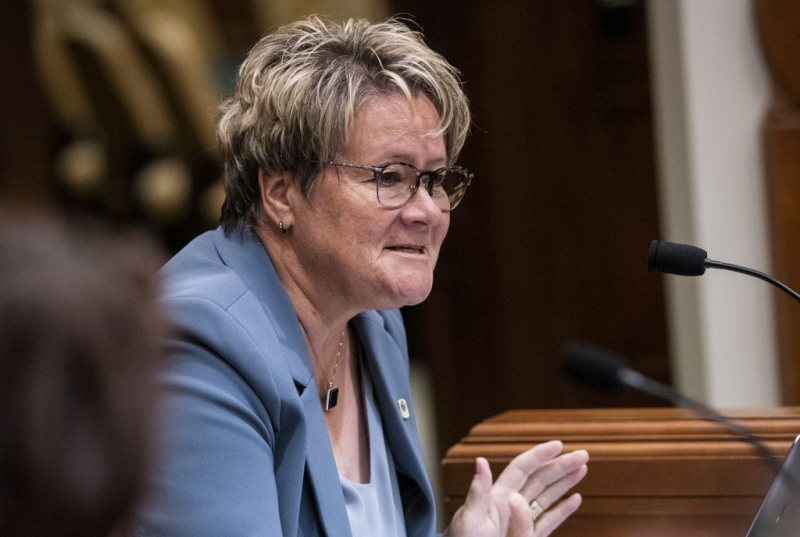 Danielle Berthold will defend her seat in the Desranleau district in the next municipal elections in 2021.

Jonathan Custeau La Tribune One year away from the next municipal elections, scheduled for November 7, 2021, the picture remains unclear as to whether the elected officials in office will be in line to seek a new mandate. Of the sixteen councilors, including the borough councilors, five confirm that they will run for office again while another, very inclined to stand, still leaves an opening to change his mind. Added to mayor Steve Lussier, who will seek a second term.

Danielle Berthold, Marc Denault and Pierre Avard have already announced to city council that they wish to defend their seat in their respective district, namely Desranleau, du Golf and Pin-Solitaire. Claude Charron, in Lennoxville, reports that he had always planned two terms and that he will be a candidate. “I didn't have to think about it. I wanted to serve two terms as the presidency of the borough. I had discussions with Jennifer Garfat and Bertrand Collins (Editor's note: the two borough councilors), but I have no guarantee that they will not run for the presidency. “

Both Mr. Collins and Ms. Garfat say they are thinking. The first reports having enjoyed his experience for the past three years. “I will probably make my decision in January. I do not close any doors. “

Ms. Garfat, she assures that she does not covet the presidency of Lennoxville. “If I come back, it will be for a borough councilor position. I really enjoyed my experience and learned a lot, but I am not completely decided. “

The “yes” is however unequivocal for Councilor Évelyne Beaudin, the only elected representative of the Sherbrooke Citizen party. Councilor of the Carrefour district, she could be tempted by the town hall. “It must be a team decision at Sherbrooke Citoyen. I will base this on how the people on my team will greet them. It is a risk that we must calculate. There are pros and cons. “

Only undecided to suggest that the scales are tipping for a new term, Paul Gingues reports that his decision is not final, but that “if the trend continues”, he will be in the ranks in the University district. The town hall? “I am still a father of teenagers and I want to do this job well. I will focus on my district. “

As for many of his colleagues who say they are always thinking, he says that the hesitation comes from the heaviness of the work of elected officials and the difficulty of managing all the tasks entrusted to decision-makers.

It is in particular to combine his family obligations, his personal life and his work that the adviser Vincent Boutin, after four months away from the spotlight, said at the beginning of October to leave time to think about his future. “I'm still in the same place. I have a lot of fun in my job and appreciate people talking to me about it, but my decision has not been made. Before taking a break for exhaustion, some saw him running for town hall.

Annie Godbout says she has nothing to announce at the moment while Pierre Tremblay, who has confirmed at 107.7 to be interested in the Conservative nomination in Compton-Stanstead, will make his decision around June 24, 2021.

If a colleague suggested that he was in his last term, Rémi Demers replied that he was leaving it until Christmas to decide his future. His thinking would come to an end. “An announcement is fairly imminent. It could even be Monday. “

Chantal L'Espérance is not ready to announce anything. “I will make my intentions known well in advance. You have to find the right time. “

Karine Godbout, for her part, wishes to take stock of her experience and reflect “after the holidays” before making a decision. The reflection will be done in particular taking into account the family context.

Julien Lachance confirmed in September that he would bow out next year. He argued that patience and passion are less present. “I am making this announcement now, 14 months before the election deadline, to encourage candidates to prepare for succession. I also encourage citizens of other generations to get involved in municipal politics, ”he said.

Finally, Nicole Bergeron will end her municipal political career in 2021. She had already announced that it was her last term three years ago. 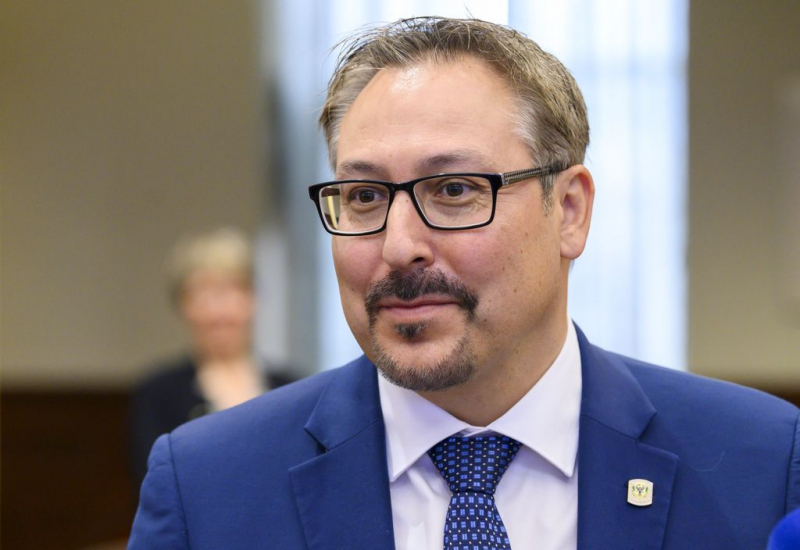 Teilor Stone has been a reporter on the news desk since 2013. Before that she wrote about young adolescence and family dynamics for Styles and was the legal affairs correspondent for the Metro desk. Before joining The Bobr Times, Teilor Stone worked as a staff writer at the Village Voice and a freelancer for Newsday, The Wall Street Journal, GQ and Mirabella. To get in touch, contact me through my teilor@nizhtimes.com 1-800-268-7116
Previous ArticleDauphinais will face Avard and Catherine Boileau will be candidate in Brompton
Next ArticleCollisions after a race between two vehicles: a pedestrian between life and death in Montreal