Awad did not have a license, the OPC is checking

By Teilor Stoneon January 7, 2022in News 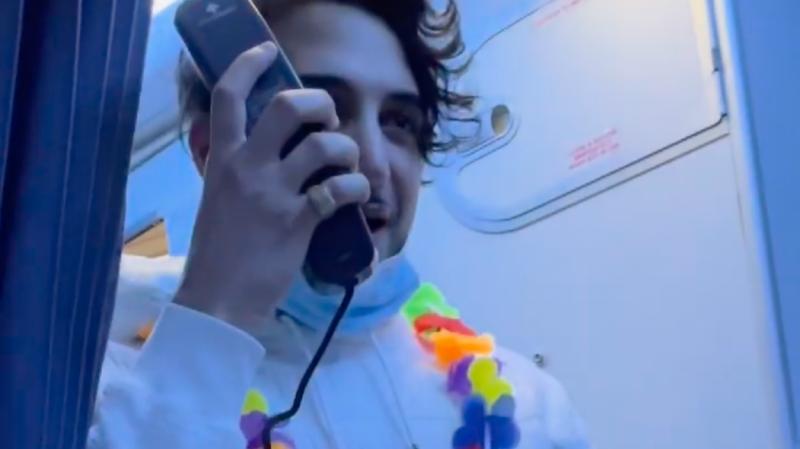 The Office de la protection du consommateur (OPC) is currently carrying out checks on the organizer of the now famous Sunwing charter flight between Montreal and Cancun, James William Awad, who does not have a travel agent license.

While Transport Canada has opened an investigation at the request of the federal government, the government of Quebec is also looking into the issue. & Nbsp;

The Office is taking the situation very seriously.

Without a valid permit, no one can carry out travel agent operations, take the title of travel agent or give reason to believe that he is a travel agent, stipulates article 4 of the Travel Agents Act.

According to article 2 of this Law, any person, company or association which, on behalf of others or of its members, carries out or offers to carry out the rental or reservation of accommodation services, the rental or the reservation of transport services or the travel organization is a travel agent.

Recall that James William Awad, head of the company 111 Private Club, hired an entire plane from the Sunwing company to fly over a hundred travelers, including influencers. The company also took care of the organization of the trip to Mexico.

Mr. Awad did not give any media interviews this week. Instead, he released an official statement Thursday morning in which he mentions having rented a “private plane” [Editor's note: it was more of a chartered plane from the Sunwing company] to ensure everyone's safety. 28-year-old man makes no apologies in his public outing for the deemed dangerous and rude behavior of the hundred or so passengers.

On Thursday evening, James William Awad wrote on Twitter that he “will be doing a public press conference in [his] building soon” and that all reporters will be invited.

No permit to operate his-gyms

In addition, three companies in which Mr. Awad is involved as a director received notices of infringement from the Office last November, says Charles Tanguay. These are the three Astrofit gyms located in Laval, Blainville and Montreal-Nord. & Nbsp;

“These notices state that he cannot operate a health studio without having the permit required by law. Additional verifications will be carried out. Depending on the results of these verifications, steps could be taken to put an end to illegal activities or even to take steps to have criminal proceedings filed, ”adds Mr. Tanguay. & Nbsp;

This is not the first time that James William Awad has operated businesses without having the necessary approvals. In 2015, he was the subject of a warning from the Autorité des marchés financiers (AMF) for illegal solicitation.

Called to react, the AMF did not wanted to comment further on Mr. Awad's current activities.

Influencers seen in the footage showing them breaking several aviation and health rules on the plane were shown the door by their employer.

The door- Word of the AMF, Sylvain Théberge, confirms that Frédérique Dumas-Joyal, who was one of those who celebrated during the controversial flight, had been fired, without mentioning the job she held.

Karl Bernard, another passenger who was a real estate broker for Sutton Quebec was fired this week, said the vice-president and chief operating officer of the Sutton group, Julie Gaucher, by email. & Nbsp;

The party illegal private practice also led to the loss of a third influencer job. In a private conversation between the travelers, Noémie Chartier mentioned having learned that she no longer had a job on Facebook. Everything has been exposed on the drama.qc Instagram page.

Teilor Stone has been a reporter on the news desk since 2013. Before that she wrote about young adolescence and family dynamics for Styles and was the legal affairs correspondent for the Metro desk. Before joining The Bobr Times, Teilor Stone worked as a staff writer at the Village Voice and a freelancer for Newsday, The Wall Street Journal, GQ and Mirabella. To get in touch, contact me through my teilor@nizhtimes.com 1-800-268-7116
Previous ArticleLongueuil: search of an individual suspected of arms trafficking
Next ArticleCOVID-19: Hospitalizations are still increasing