Back to a residential project corner Lionel-Groulx and Jean-Delafontaine 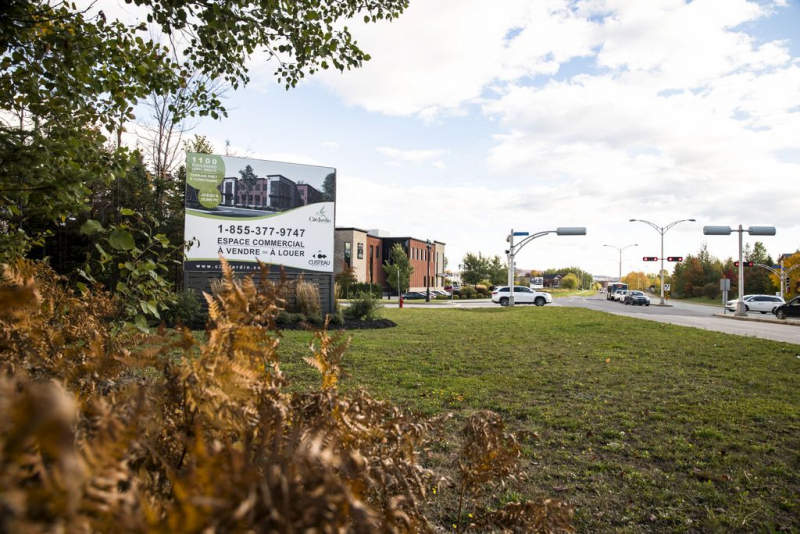 Groupe Custeau plans to build a residential and commercial building at the corner of Émile-Zola and Jean-De La Fontaine streets.

Jonathan Custeau La Tribune SHERBROOKE – The citizens of the sector of rue Émile-Zola, rue Prospect and rue Lionel-Groulx had opposed the construction of an apartment building at the corner of rue Lionel-Groulx and rue Jean-De La Fontaine in 2014. If the promoter of the project had adapted to propose a commercial use to the land to be developed, it returns to the load to bring back the residential use.

The project submitted last week indeed proposes the construction of a mixed-use building which would include offices of less than 750 square meters and apartments. The lot, still vacant, constitutes a gateway to the district called “Cité Jardin”.

“The applicant is faced with a commercial reality very different from that of 2015 when an amendment request was made to authorize professional services related to health and beauty and hair salons. With the current market situation, it is difficult to consolidate a building dedicated to these types of uses, because several firms or offices specializing in the health sector have since relocated elsewhere on the territory of the City ”, we read. in municipal documents.

“In order to ensure a sufficient commercial supply in the neighborhood, it is suggested to authorize the requested residential use, but requiring commercial uses on the ground floor. In addition, to provide more possibilities for commercial leasing and to be able to offer the possibility of setting up neighborhood businesses, it is also recommended to allow use class C-1 Retail and local service ”, reads. we still.

The project must also respect the rules of architectural integration.

It is planned to ban offices of more than 750 m2, which must be located within the perimeter of the city center, with some exceptions, and to ban housing on the ground floor of the building.

The building projected in the municipal documents would have four floors, including an indoor garage. This new building would have approximately the same height as the residences on rue Charles-Beaudelaire. “The addition of a higher density residential use will allow a building volume proportional to what is built in this sector”, we still read in the documents.

The councilor of the Golf district, Marc Denault, considers that the planning advisory committee has shown openness to respect the wishes of residents of the area.

“The promoter wanted to give a second impetus to his project which did not seem to lift. He was brought in to construct a four-storey building on the vacant lot to the north at the corner of Lionel-Groulx and Jean-De La Fontaine. It is a transition to a residential area. The town planning committee agreed to citizens' requests to ensure that the building has the same height as the neighboring houses to avoid the impact of the passage from commercial buildings to residential. In addition to ensuring that the building is located 28 m from the lot line. In the previous regulation, there was already a margin or buffer zone of about 15 meters. All in all, people are happy. “

Teilor Stone has been a reporter on the news desk since 2013. Before that she wrote about young adolescence and family dynamics for Styles and was the legal affairs correspondent for the Metro desk. Before joining The Bobr Times, Teilor Stone worked as a staff writer at the Village Voice and a freelancer for Newsday, The Wall Street Journal, GQ and Mirabella. To get in touch, contact me through my teilor@nizhtimes.com 1-800-268-7116
Previous Article“I learned to let go” – Vincent Boutin [VIDEO]
Next ArticleSanitary measures: a demonstration reduced to a rally