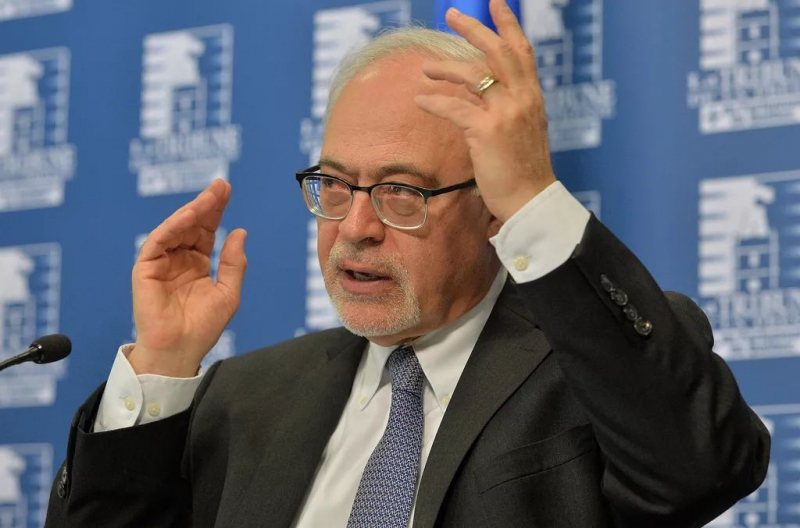 Share November 11, 2020 7:19 p.m. Updated at 9:13 p.m. Share Budget balance: not too fast, says Carlos Leitao Patrice Bergeron The Canadian Press Attention, there is no urgent need to plan to settle Quebec's deficit given the crisis current.

This is the warning issued by the former Minister of Finance, Carlos Leitao, on the eve of the Legault government's economic and financial update on Thursday. In September, a deficit of $ 14.9 billion was already forecast, but a return to a balanced budget remains on the horizon for 2025-2026.

“The concern to return to a balanced budget is too premature”, commented the Liberal MP in an interview with The Canadian Press.

According to him, the primary objective of the government must be to support the economy, “I would even say at all costs, I will even appear radical”.

Because in a very severe recession, it costs less to massively support the businesses and economic sectors affected than to try to rebuild them when they are deconstructed, pleaded the MP for Robert-Baldwin.

“I am not alarmist, I even consider myself very realistic”, recalling the painful experiences of the 2008-2009 recession in Europe, which must be avoided.

“We must avoid this slip,” illustrated Mr. Leitao.

This is a “new situation” in Quebec and in Canada and he therefore calls for caution. Previously, recessions were caused by collapsing real estate and falling exports, but domestic demand remained as well as retail, he explained. However, in this crisis caused by the pandemic, even the local economy is threatened.

“It's good to encourage local buying, but if the stores close, you have no place to buy.”

Let us remember that the official liberal opposition is calling for a clear and long-term recovery plan which focuses in particular on economic transition, support for Quebec's strategic sectors and better support for businesses.

Former Minister of Finance in the previous Liberal government of Philippe Couillard, Mr. Leitao has made himself known as the architect of the return to balanced budgets.

Teilor Stone has been a reporter on the news desk since 2013. Before that she wrote about young adolescence and family dynamics for Styles and was the legal affairs correspondent for the Metro desk. Before joining The Bobr Times, Teilor Stone worked as a staff writer at the Village Voice and a freelancer for Newsday, The Wall Street Journal, GQ and Mirabella. To get in touch, contact me through my teilor@nizhtimes.com 1-800-268-7116
Previous ArticleNew aid to crisis-affected workers may not be sustainable
Next ArticleCOVID-19 and containment: the Institut du Québec reports a decline in employment