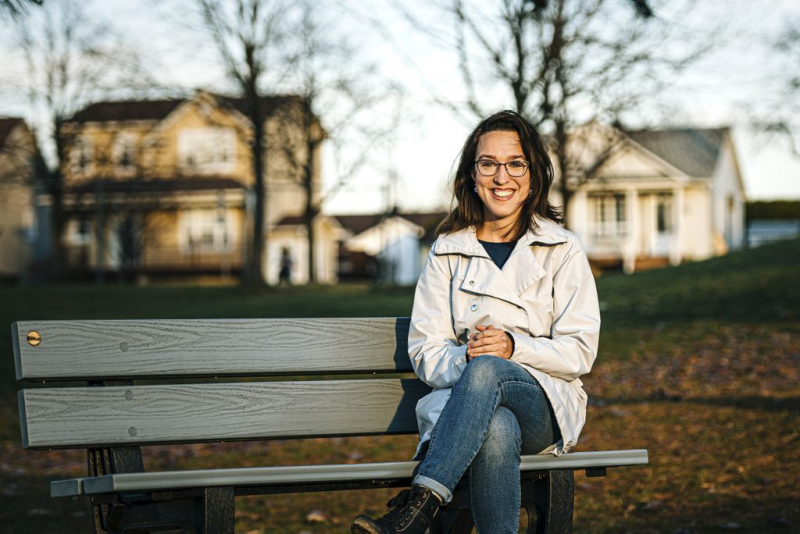 Jonathan Custeau La Tribune Often accused of being the troublemaker on city council, Evelyne Beaudin agrees that her opposition work may have shocked citizens at the start of her mandate. The interim leader of Sherbrooke Citoyen believes that the population now has a better understanding of its role and that it is more interested in municipal life thanks to the work of her political party. For the next year, she intends to continue the fight for greater transparency within municipalities.

“Before, we saw municipal politics as managers who take care of the bins. With real opposition, we put into perspective the way of doing politics, in the noble sense of the term, that is to say by mobilizing people around major projects. Our greatest achievement has been to get people interested in municipal politics, ”says Beaudin.

She explains that citizens have understood that municipal policy is concerned with the trees on their street, the neighborhood park and snow removal from the roads. “The municipal sector is a place to realize our dreams of society. This is what I want to continue doing for the next year, but obviously we are looking towards the next election. We would like to see several of our team brought to City Hall. Our hobbyhorse will be the same as since the founding of the party: to decide transparently. “

Among the battles led by the Leader of the Opposition in the past year, let us note the salvos against the residential project in the area of Chemin Rhéaume and against the tax credits granted to businesses.

Transparency was also at the heart of the interventions of Ms. Beaudin, who even went to Quebec to demand an intervention from the Minister of Municipal Affairs. His resolution to end the “culture of closed doors” was defeated in city council. “It is not normal that we are talking about the opening of the rinks behind closed doors. This is not a trade secret or a nominative file. People want us to work with them on issues that concern them. We need to modernize our practices. It is not normal to get elected on a tax freeze and a promise of job creation that is based on nothing. “

In this sense, Evelyne Beaudin believes that Cities must really be local governments and that they must govern “as in the 21st century”.

Évelyne Beaudin has often found herself at the heart of turmoil. It was by asking a citizen to boost her that Mayor Steve Lussier found himself in turmoil at the start of his mandate. Another storm for an intervention by the director general who criticized the advisor for having distributed a survey to officials. Ms. Beaudin has been criticized several times by other elected officials for her tone and her ways of denouncing practices in videos posted online. Citizens highlighted his negative interventions in comments on Facebook.

“I don't hear that anymore today, except those close to my opponents. Today, people are relieved that we are here. “

Ms. Beaudin has however changed the way she intervenes at city council in recent weeks. “It's a lot because we are approaching the elections and I am counting on it to bring a breath of fresh air. It helps me let go. It might be easier to pick my fights under the circumstances, and I like working remotely because it's harder to bully. When you ask a lot of questions, it bothers, but that's what the people want. She expects to be defended. “

Recall that the head of his cabinet is still the subject of a complaint for an insult he allegedly uttered on Facebook to councilor Pierre Tremblay and that the president of the council, Nicole Bergeron, accused him of breaches of the code of ethics. elected officials for comments on the work of civil servants.

The councilor also got Mayor Steve Lussier out of his hinges, he who celebrated the resignation of Ms. Beaudin from the economic development committee by exclaiming that he would buy himself a 6/49 ticket. He says he later apologized to his colleagues. “He apologized to colleagues for his way of expressing himself, but not directly to me. People might have been shocked, but they found out what was under the varnish. This situation will at least have revealed the character's paradoxes. This is why we have to debate publicly: to see the true face of people. “

In her report, Evelyne Beaudin cannot name a gesture that she would do differently, but she regrets that no solutions were found to burnout before one of her colleagues, Vincent Boutin, fell in battle. . “I hope that we will have a reflection on this before the next elections. “

Finally, Ms. Beaudin could covet the town hall in November 2021, but her reflection is not over. If the principle of running mate were allowed in Sherbrooke, the reflection would undoubtedly be shorter. “But if we wanted a running mate, it would be up to the council to decide to allow it. So I would have to ask my opponents for the possibility of having a running mate. “

She nevertheless hopes for a wave of novelty at the town hall and intends to present a candidate in each of the districts. “We are tired of old politicians who have reigned for decades without questioning anything. “

To read tomorrow
At least six advisers seeking another term

Teilor Stone has been a reporter on the news desk since 2013. Before that she wrote about young adolescence and family dynamics for Styles and was the legal affairs correspondent for the Metro desk. Before joining The Bobr Times, Teilor Stone worked as a staff writer at the Village Voice and a freelancer for Newsday, The Wall Street Journal, GQ and Mirabella. To get in touch, contact me through my teilor@nizhtimes.com 1-800-268-7116
Previous ArticleBélanger's DNA found in the victim
Next ArticleSteve Lussier wants a second term