Beaudin resigns from the economic development committee, the mayor is jubilant 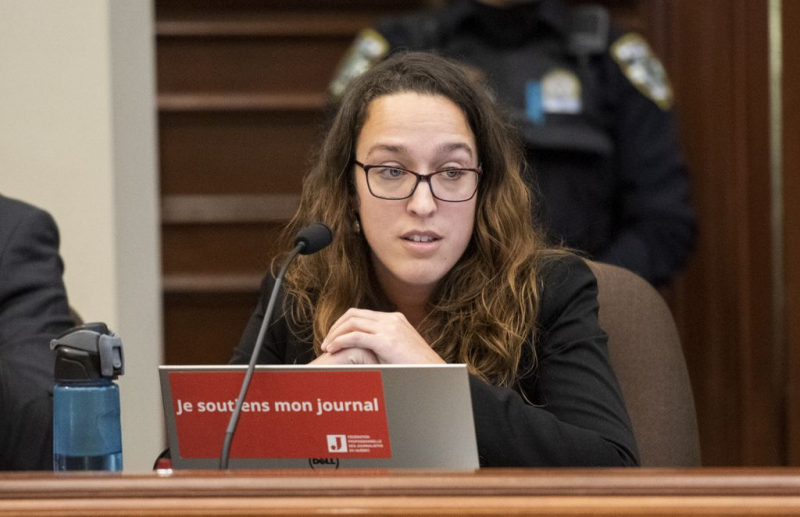 Share September 9, 2020 12:50 am Updated at 1:08 am Share Beaudin resigns from the economic development committee, the mayor is jubilant

Jonathan Custeau La Tribune Following disagreements over the issue of tax credits granted to businesses, councilor Évelyne Beaudin resigns from the City of Sherbrooke's economic development committee. She made the announcement Tuesday evening, sparking the joy of Mayor Steve Lussier, who called the decision “the best news for a long time.”

Ms. Beaudin justified her decision in two ways. “The other members of the committee have endorsed a two-level operation. There were no minutes of the committee that were tabled with city council, even a year and a half after its creation. One practice that I disapprove of is to hold closed sessions to have two minutes, one public, one private. I find this unacceptable, especially since elected officials wish to extend it to all city committees. “

Steve Lussier reports that the committee has not sat for a year and a half and that it is a matter of days before the first minutes are tabled. “We have a standard workshop and CA. It's like that everywhere: at Valoris, Ascot en santé … Yes, there are minutes, but not for the workshops. Before tabling them, we wanted to review them with the Legal Affairs Department. “

Évelyne Beaudin adds that the way of handling the tax credits file, “in the absence of a cost-benefit study”, weighed in the balance. She no longer wishes to sit on a committee with Mr. Lussier and her colleague Annie Godbout. “I cannot accept being told that because I am on a committee, I should agree with everything that is said there. When I am told that I do not understand anything, I question your call for teamwork, because teamwork has to start with respect. How could you say that you were in charge of the tax credits file a year ago when you never had control? I will continue to be interested in the best way to do economic development, but I will do so transparently. “

Mayor Steve Lussier did not hide his joy at such an announcement. “This is the best news I have had in a long time. I was to ask you to resign. When you say that Sherbrooke is a tax haven, I doubt your ability to sit on the committee that we have formed. “

Mr. Lussier indicates that he was the first to stand up to ask for a dashboard to be set up to monitor the granting of tax credits. “I asked that we come back with a spread of the figures to see the benefits that this brought for all the citizens of Sherbrooke. People have benefited from the economic gains from the arrival of companies. I find that very positive.

“As usual, you play the victim. This time, I am not getting into it and I hope that the population does not get into it. “

Mr. Lussier added some during the message period, at the end of the municipal council, around half past midnight.

“My gift from heaven was your resignation from the committee. It is such a beautiful gift. I sincerely thank you, because what we want is to work in the right direction. When I get out of here, I'll go get myself a 6/49. “

He mentioned that Ms. Beaudin's insults against him are insults against the majority of the population. “I've had several insults from you, from different emails on your social media. When you insult me, you insult a large majority of the population, who want their city to prosper. We cannot be against virtue. It has never been said: you are the most expensive elected that the City of Sherbrooke has had until now, taking the party and you as elected. You don't have to teach anyone around the board table any lessons. “

Teilor Stone has been a reporter on the news desk since 2013. Before that she wrote about young adolescence and family dynamics for Styles and was the legal affairs correspondent for the Metro desk. Before joining The Bobr Times, Teilor Stone worked as a staff writer at the Village Voice and a freelancer for Newsday, The Wall Street Journal, GQ and Mirabella. To get in touch, contact me through my teilor@nizhtimes.com 1-800-268-7116
Previous Article$ 4.9 million to better protect Sherbrooke residents against fires
Next ArticleNo change of side for the Adélard-Collette sidewalk