Bergevin wants to add depth to the attack 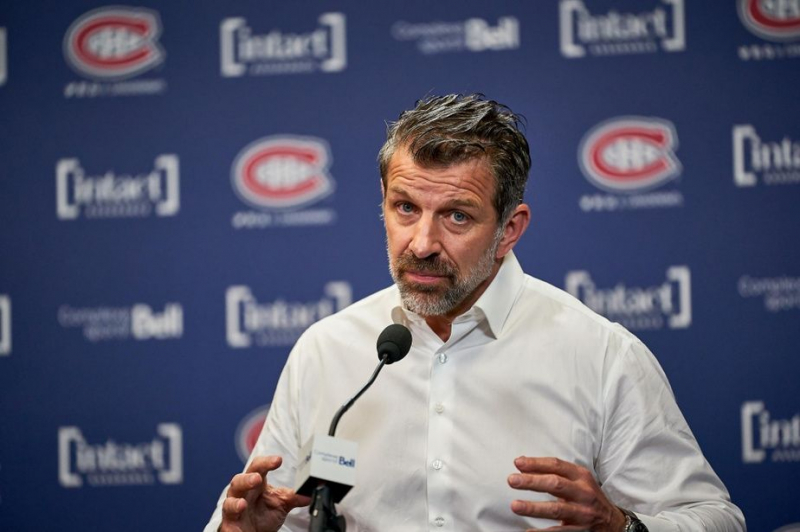 The general manager of the Montreal Canadiens, Marc Bergevin, said he “loved” his team.

Share October 5, 2020 Updated October 6, 2020 at 12:08 am Share Bergevin wants to add depth to the attack Alexis Bélanger-Champagne The Canadian Press The off-season has only officially started a week ago, but Marc Bergevin has already crossed out most items on the grocery list.

The general manager of the Montreal Canadiens said “love” his team on Monday by videoconference, on the eve of the presentation of the first round of the draft and five days before the opening of the free agent market. He admitted, however, that he wanted to add depth to the attack.

“In an ideal world, we want to keep improving,” he added. Right now, we don't have enough players up front to get to 14 or 15 players. “

Bergevin said if the offer was right he would be willing to sacrifice his first-round pick, 16th overall, on Tuesday for reinforcements.

“(The shopping) is not over, but we have already checked a few boxes to improve the team. »- The general manager of the Montreal Canadiens, Marc Bergevin

Bergevin, however, noted that he did not receive many calls from his counterparts about the 16th pick.

In fact, the entire trading market seems to be sluggish, to hear Bergevin speak, even though several trades have been completed by NHL teams in recent weeks – including the Canadiens.

“Several teams are trying to free up space on their payroll, but it does not unlock,” said Bergevin. When it is difficult to move contracts, it is because there is no money in the system.

“Each team has its players to manage and everyone is careful in their budget management. The salary cap is frozen because of the pandemic. This will be our reality over the next few years. ”

Bergevin declined to take any say in the rumors that the Canadiens were interested in Winnipeg Jets forward Patrik Laine, recalling that the rules against raiding prevented him from speaking about a player's situation within another team.

It is not just the transaction market that is crippled by the pandemic. If the QMJHL resumed its activities last week, several North American development leagues do not yet know when the game will resume. Many hopes of the Canadian are content for the moment of training sessions.

From the lot, striker Cole Caufield, selected by the Habs in the first round last year, is still evaluating his options. He is engaged with the University of Wisconsin, but NCAA hockey activities have not resumed. Rumors have sent him to Sweden in recent weeks, but nothing has materialized at that level.

“I wish he could play right now, but he doesn't,” said Bergevin. Whether in Wisconsin or in Europe, I have no problem, but I would like it to be as soon as possible. He needs to play games, not just train. ”

Teilor Stone has been a reporter on the news desk since 2013. Before that she wrote about young adolescence and family dynamics for Styles and was the legal affairs correspondent for the Metro desk. Before joining The Bobr Times, Teilor Stone worked as a staff writer at the Village Voice and a freelancer for Newsday, The Wall Street Journal, GQ and Mirabella. To get in touch, contact me through my teilor@nizhtimes.com 1-800-268-7116
Previous ArticleFive players, including Domi, receive qualifying offers from the Canadiens
Next ArticleHistoric inaugural match after seven months of waiting [VIDEO]