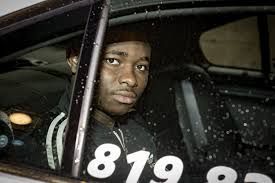 René-Charles Quirion La Tribune Blessing Dugbeh changes lawyers and calls for a preliminary investigation into the charges of serious sexual assault he faces.

Three charges of serious, life-threatening sexual assault of three alleged minor victims between May 2016 and September 2017 are already in court. A fourth victim was added last March.

Evidence at Dugbeh's gang rape trial, which took place in March 2019, revealed that he was a carrier of HIV, hence the accusations of endangering the lives of the alleged victims.

The new charge concerns a minor victim whom he allegedly sexually assaulted between January 21 and March 15, 2017, putting his victim's life in danger.

Dugbeh will not challenge the summons to trial for the acts of aggravated sexual assault, but the four victims will have to testify to the acts they claim to have suffered in court.

Nine witnesses, including the four victims, will be heard as part of this preliminary investigation.

Me Corinne Jacquet, who represented Me Fernando Belton, the new lawyer for Blessing Dugbeh, asked, Wednesday at the Sherbrooke courthouse, four days of proceedings for the holding of the preliminary investigation.

Coordinating judge Gilles Lafrenière will set the date for this pre-trial stage on October 9.

Last February, Blessing Dugbeh was sentenced to five years in prison for the group sexual assault of a 15-year-old girl when he knew he was HIV positive.

The judge noted that Dugbeh had deliberately ignored signs of distress from the victim, who clearly did not consent to what was happening. Rather, he adopted an arrogant and aggressive attitude.

Thirty-three months of pre-trial detention had been removed from the sentence. Dugbeh was therefore sentenced to serve another two years and three months in federal prison.

Dugbeh, who was 19 at the time of the events, was convicted in May 2019 of a group sexual assault on a person under the age of 16 and of criminal harassment.

It was following the invitation of a friend for a chilling that the victim went to the accommodation where the actions took place on February 12, 2017.

The complainant and a witness heard at the trial first isolated themselves from the rest of the group to have sex.

The judge mentioned in her decision that the teenagers, in addition to Dugbeh, then arrived “like a herd” in the room where the gestures occurred.

Other teens and Dugbeh engaged in several sexual activities where several hands touched the victim's body.

The victim repeated that she did not consent to sexual acts.

It is Me Laïla Belgharras who represents the public prosecutor in cases of serious sexual assault.

Teilor Stone has been a reporter on the news desk since 2013. Before that she wrote about young adolescence and family dynamics for Styles and was the legal affairs correspondent for the Metro desk. Before joining The Bobr Times, Teilor Stone worked as a staff writer at the Village Voice and a freelancer for Newsday, The Wall Street Journal, GQ and Mirabella. To get in touch, contact me through my teilor@nizhtimes.com 1-800-268-7116
Previous ArticleAmerican couple kidnapped: four defendants appear in court [PHOTOS]
Next ArticleSherbrooke residents invited to reduce their drinking water consumption