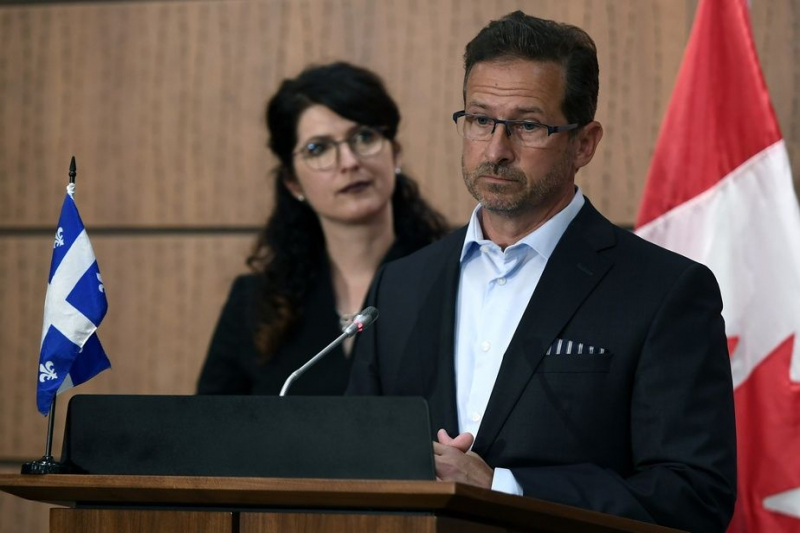 Share September 24, 2020 Updated September 26, 2020 at 9:51 a.m. Share Bloc members have been diagnosed with COVID-19 negative The Canadian Press Only leader Yves-François Blanchet has COVID-19 in the Bloc caucus Quebecois.

The party announced Thursday night that all MPs and staff attending the Sept. 8 caucus were diagnosed negative after being screened.

All were placed in confinement for a period of 14 days, the Bloc said in a statement.

However, two MPs, who are not identified, and two employees, will remain in preventive segregation until September 28 and 29, despite the results of the tests. They were in contact with Mr. Blanchet on September 14 and 15, explains the Bloc.

Mr. Blanchet and his wife Nancy Déziel tested positive for COVID-19 last week, a few days apart. Ms. Déziel's confinement period ended on September 22, but will be telecommuting this week. Mr. Blanchet will remain in administrative segregation in their Shawinigan residence until September 26.

In Quebec, public health authorities consider that a person is no longer contagious 10 days after the infection has manifested itself, provided that this person no longer presents symptoms such as fever.

Forty Bloc members, including 30 members of Parliament, were placed in administrative segregation when they learned that an employee present at their caucus meeting on September 8 in Saint-Hyacinthe had received a positive test.

Teilor Stone has been a reporter on the news desk since 2013. Before that she wrote about young adolescence and family dynamics for Styles and was the legal affairs correspondent for the Metro desk. Before joining The Bobr Times, Teilor Stone worked as a staff writer at the Village Voice and a freelancer for Newsday, The Wall Street Journal, GQ and Mirabella. To get in touch, contact me through my teilor@nizhtimes.com 1-800-268-7116
Previous ArticlePQ race: Guy Nantel will remain provocative
Next ArticleCOVID-19: $ 2.3 billion to municipalities and transportation companies