Boulevard René-Lévesque: 92 housing units rather than a gas station 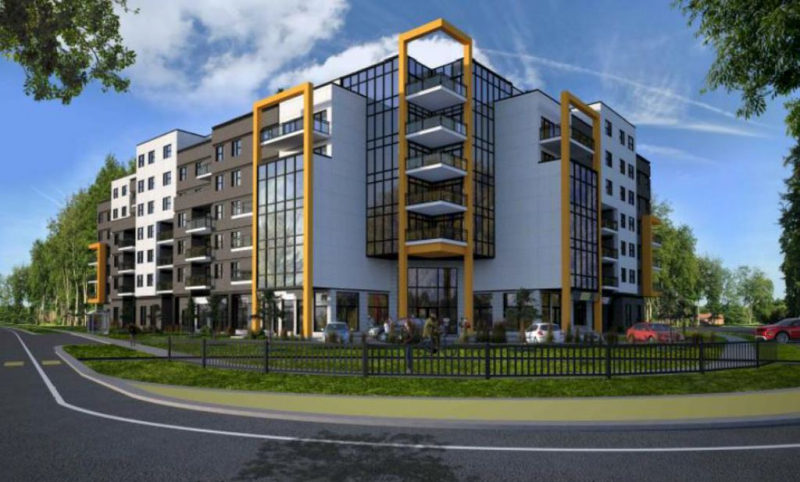 If this project goes through, 92 housing units and four businesses would be built in front of the Croisée school on Boulevard René-Lévesque.

Jonathan Custeau La Tribune SHERBROOKE – The citizens did not want a service station in front of the École de la Croisée, on Boulevard René-Lévesque. The developer who owns the vacant land in the Rock Forest sector has adapted and is coming back with a project for a six- or seven-storey building with 92 housing units and four local businesses.

A request for an amendment to the zoning was submitted to city council on Monday to allow this new project at the corner of Boulevard René-Lévesque and Rue Matisse.

Councilor Annie Godbout thanked promoter Luc Élias for his openness. “The first time I saw the project, I was confused. It is rather rare that we have high-rise buildings in the Rock Forest area. We looked at him up and down, up and down. I asked a lot of questions about the traffic, about the tranquility. The first floor would be commercial to keep a mix. Commerce Sherbrooke had offered businesses in this area. It is very desirable to have interesting living environments. I look forward to seeing the reactions of citizens. Everyone at the end of the track went wow. It is a beautiful project. I am happy with the outcome. “

Until now, only retail and service and commerce uses related to the flow of gasoline were authorized. It was also allowed to develop a maximum of eight mixed housing units, that is to say that the units could not be located in the basement or on the ground floor. However, citizens have expressed their concern to see these types of businesses set up in front of a primary school.

Municipal documents filed Monday report a preliminary project in which the number of floors varies from six to seven and which has 110 parking spaces, including 49 indoors.

It is also reported that the presence of the school, which has a large area, “brings consistency in terms of similar size to the periphery of the roundabout”. The presence of a strip zoned “conservation of the natural environment” would ensure a transition with the adjoining residential areas behind the future building.

Acting President of the Planning Advisory Committee, Danielle Berthold explains the amount of work to ensure this turnaround on the part of the developer. “We often think that when the files arrive at town planning, this is what must be accepted. We must take into account that many times our services go out of their way. We review the project on several occasions. We go back to see the developer so that the requirements meet the wishes of the members of the advisory planning committee. It is not true that things are done quickly. It's analyzed so that both parties get their money's worth. “

Councilor Évelyne Beaudin specified that the zoning change necessary for this residential project would also apply to the other commercial land located in the same roundabout, also at the corner of rue Matisse and boulevard René-Lévesque, so that the possibility of seeing a gas station in this area would be completely eliminated.

Mayor Steve Lussier said the promoter had been listening. “The project may still be modified a bit. “

Teilor Stone has been a reporter on the news desk since 2013. Before that she wrote about young adolescence and family dynamics for Styles and was the legal affairs correspondent for the Metro desk. Before joining The Bobr Times, Teilor Stone worked as a staff writer at the Village Voice and a freelancer for Newsday, The Wall Street Journal, GQ and Mirabella. To get in touch, contact me through my teilor@nizhtimes.com 1-800-268-7116
Previous ArticleAuditor General's report: Unusual acquisition card management in Sherbrooke
Next ArticleWave of mischief in the Saint-Élie sector