By Teilor Stoneon October 31, 2020in Business 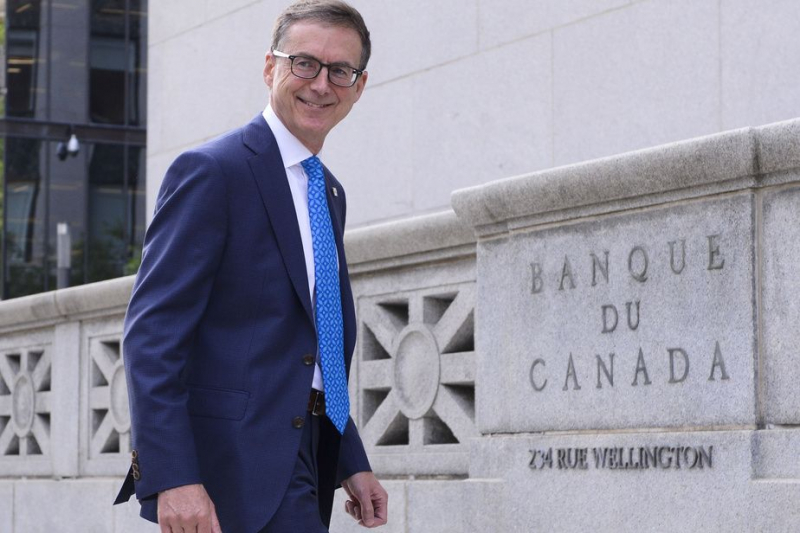 Governor Tiff Macklem said the pandemic has increased divisions in the country, and the situation could worsen further if the right response is not put in place.

The longer those affected by the pandemic are unemployed, the more difficult it will be for them to find a new job, and the more likely they will be to give up looking for work, he explained.

The combined effects on workers and businesses could strain the economy and hurt even those who are doing relatively well.

This is why Mr. Macklem recently spoke about inequalities, and why he believes the central bank should insist on this argument.

“Our mandate is to support the economic and financial well-being of Canadians. We are not talking about some Canadians, but all Canadians, ”he said during a video conference from his office.

“What we're seeing right now, because of this pandemic, are growing divisions. “

The employment level of low-wage workers is still around 20% lower than before the pandemic, noted Macklem, while other higher-income workers have recouped job losses from the spring.

Sectors where services are more important, such as food services and accommodation, are lagging behind as restrictions limit the number of customers and consumers stay at home.

The recovery is not a sprint, but a marathon, Macklem told The Canadian Press this week, hours after the bank said it would take until 2022 for the economy to return to its original levels. 'before the pandemic, with the scars caused by business closures and unemployed workers taking even longer to heal.

“It will not be possible to fully recover the economy until we have a vaccine, but we want to try to reduce the negative effects,” he said.

“Once there is a vaccine, we will want to make sure we regain our full potential. “

Mr. Macklem took the reins of the central bank in June. He was number two in the bank during the last economic crisis ten years ago.

One of the main functions of the bank is to keep inflation at a moderate level, which it does by controlling its key interest rate. The lower the interest rate, the more interesting it is to borrow, invest and spend.

Mr. Macklem inherited a key rate cut to 0.25% on his arrival, which he says is the lowest possible rate. He doesn't expect to have to change it by 2023, so that households feel comfortable spending.

He oversaw the bank's foray into “quantitative easing,” which is a way for central banks to pump money into the economy, and buy large amounts of federal debt to reduce. government borrowing costs.

This put him in the political hot seat, with the Conservatives on Parliament Hill warning the bank not to be too friendly with the Liberals and not to sound like they want Canadians to go into debt to fund the recovery. .

Mr. Macklem assures that the bank acts independently of anything the government might want and that its actions have more to do with its mandate to keep annual inflation as close as possible to its target of 2.0%. Inflation is currently close to zero due to the pandemic.

“We have a lot of unemployed Canadians. This puts downward pressure on inflation. So we have to put a lot of monetary stimulus into the system to achieve our goal, ”he said.

“I don't want to pretend that there aren't any hard decisions to be made, but our goal is clear. “

Towards the end of the interview, Mr. Macklem took a deep breath to think about one last question, which he repeated aloud: “How am I?” “

He talked about getting fresh air, eating well and getting enough sleep. He said he was bored of speaking to his colleagues in person and worried that the bank might lose some of its creativity in its thinking if its members are not in the same room, sharing their thoughts and ideas.

“We have to protect ourselves against this,” he said.

He then goes on to discuss the uncertainty that hangs over Canadian households: parents whose children might be in school one day and at home another, or others who have elderly parents who need help with get essential products in stores.

Every Canadian has to juggle extraordinary demands, he says, and no one knows how this pandemic will resolve itself. It creates anxiety.

“I gained a lot of experience, especially during the 2008-2009 financial crisis. This crisis is very different. But you know, that feeling in your stomach isn't that different, ”he says.

“Some of the lessons from this crisis, and also some of the things that we have done that I think weren't effective enough, are very helpful in dealing with this pandemic. “

Teilor Stone has been a reporter on the news desk since 2013. Before that she wrote about young adolescence and family dynamics for Styles and was the legal affairs correspondent for the Metro desk. Before joining The Bobr Times, Teilor Stone worked as a staff writer at the Village Voice and a freelancer for Newsday, The Wall Street Journal, GQ and Mirabella. To get in touch, contact me through my teilor@nizhtimes.com 1-800-268-7116
Previous Article“Take advantage of the crisis to review your ways of doing things”
Next ArticleThe fruits of perseverance, in sport and in business for Brix