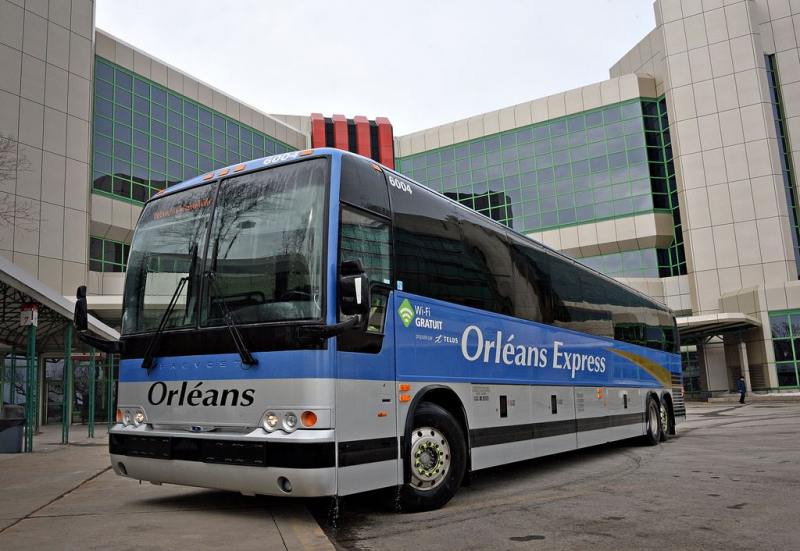 Since March, more than 70,000 contracts have been terminated in Quebec. The financial losses would amount to $ 240 million.

Share September 27, 2020 1:31 p.m. Updated at 11:56 p.m. Share Bus carriers ask for help from Ottawa to get through the crisis Vicky Fragasso-Marquis The Canadian Press The Federation of Bus Carriers sends a cry from the heart to the federal government for it helps its members get through the pandemic crisis.

With the closure of the border and the end of cultural, sports and educational trips, carriers have seen their revenues drop drastically. This summer – a crucial time – they saw their income plummet by 80 to 100%.

“We are really hit hard. We touch all sectors of activity, tourism, education, corporate, cruises and there everything is canceled, ”explained in an interview Stéphane Lefebvre, Chairman of the Board of Directors of the Federation of Carriers. by bus and president of Groupe Autocar Jeannois.

Since March, more than 70,000 contracts have been terminated in Quebec. The financial losses would amount to $ 240 million.

The Federation, which has already addressed requests to the Quebec government, is now turning to the Trudeau government, which promised in its Speech from the Throne to help the tourism and travel industry.

“Currently, chartered-tourist transport, although we reach 90% of our clientele in tourism, we are not recognized in the tourism industry and in the assistance that there has already been”, indicated Mr. Lefebvre .

The Federation estimates the assistance requested at $ 16 million, which would allow its members to pay their fixed costs and thus, possibly, survive until the spring.

“Despite the crisis, despite the shutdown of our operations, practically all of our fixed costs remain. We have to maintain these vehicles because sooner we will [transport] people inside, ”said Mr. Lefebvre.

“It is also expensive to operate the vehicle, but we have no income coming in.”

According to the Federation, this situation threatens the survival of more than 160 companies and 4,000 direct jobs – and already, several of these “specialized” employees have left the industry, according to Mr. Lefebvre.

“It is a workforce that is very specific to our field of activity. You cannot become a coach driver overnight, ”he said.

“It is also expensive to operate the vehicle, but we have no income coming in” – Stéphane Lefebvre, Chairman of the Board of Directors of the Federation of Bus Transporters

The federal government is weighing the options.

“Our government is in communication with the companies that have been affected by this situation. We will continue our discussions with our provincial counterparts in order to find solutions and examine options that can help us support the industry and allow it to recover from the impacts of COVID-19, ”said Livia Belcea.

Teilor Stone has been a reporter on the news desk since 2013. Before that she wrote about young adolescence and family dynamics for Styles and was the legal affairs correspondent for the Metro desk. Before joining The Bobr Times, Teilor Stone worked as a staff writer at the Village Voice and a freelancer for Newsday, The Wall Street Journal, GQ and Mirabella. To get in touch, contact me through my teilor@nizhtimes.com 1-800-268-7116
Previous ArticleRichmond-based Les Gars de Sausage Invests $ 3.8M to Increase Production
Next ArticleNew respite for TikTok in the United States