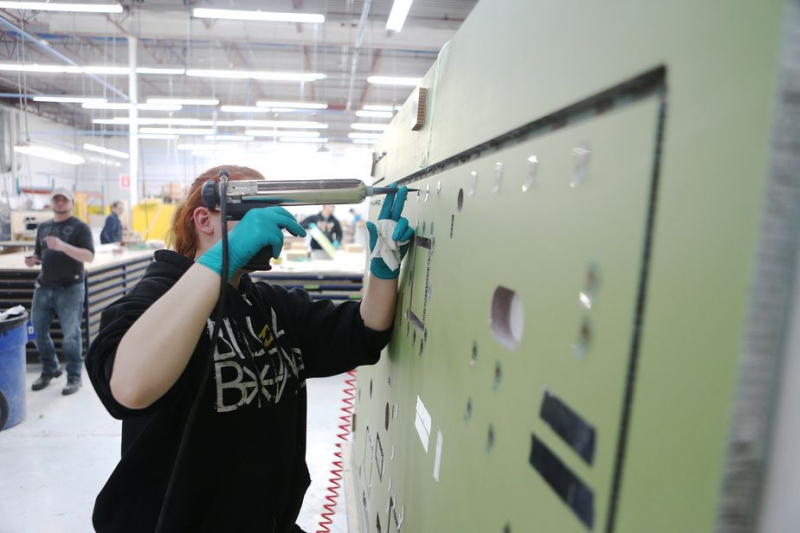 Women are more likely than men to have their jobs affected by automation, according to a Statistics Canada study.

Share September 24, 2020 5:47 p.m. Share Business automation further threatens female employment The Canadian Press OTTAWA – Women are more likely than men to have their jobs affected by automation, according to a Statistics Canada study.

“The COVID-19 pandemic could accelerate the introduction of new technologies, because companies may want to make the production and delivery of their goods, as well as the delivery of their services, more flexible in the future,” said the federal agency in a report released Thursday.

The results are based on data from the Longitudinal and International Study of Adults conducted in 2016, well before the pandemic that forced businesses to close their doors and raised unemployment.

“While skilled workers may become more productive by completing tasks performed with new technologies or by working directly with them, others may need to upgrade,” added Statistics Canada.

Either way, jobs can be transformed, with robots and computer algorithms taking over routine non-cognitive tasks, while humans specialize more in non-routine cognitive tasks.

The study, described by the agency as the first to examine in detail the risk of job transformation linked to automation, found that the changes might affect women and men differently, depending on the tasks they they perform and their automation.

Men and women were equally likely to face a high risk of automation-related job transformation, at a rate of 11%. However, 44% of women were likely to be at moderate to high risk, compared to almost 35% of men.

High risk is defined as a probability of 70% or more, while moderate to high risk is 50% or more.

Overall, the difference remained about the same when comparing women and men with similar characteristics, such as age, education, industry and occupation.

However, several characteristics were associated with an increased risk of automation – being 55 years of age or older, not having a post-secondary diploma, having low levels of literacy or numeracy skills, being born in Canada, having a disability, be a part-time worker, not be a union member and be employed in a small or medium-sized business.

Men aged 55 or older were also less likely to be at moderate to high risk than women in the same age group. In fact, 34% of men in this group were in this situation, compared to 59% of women.

In addition, 76% of women without a post-secondary degree faced the risk of automation, compared to 60% of men, the federal agency said in its report.

Women with disabilities who were not unionized or who worked in a company with 10 or fewer employees were also more likely than their male counterparts to face a moderate to high risk of job transformation due to automation.

According to Statistics Canada, the differences could indicate that women and men perform different tasks that are not captured in the data.

Previous research has already found that women were more likely to report performing repetitive tasks than men in the same occupation, so they may be at increased risk of job transformation due to the automating.

Despite the risks, there are several reasons – including financial and legal – why employers cannot immediately replace humans with robots.

Teilor Stone has been a reporter on the news desk since 2013. Before that she wrote about young adolescence and family dynamics for Styles and was the legal affairs correspondent for the Metro desk. Before joining The Bobr Times, Teilor Stone worked as a staff writer at the Village Voice and a freelancer for Newsday, The Wall Street Journal, GQ and Mirabella. To get in touch, contact me through my teilor@nizhtimes.com 1-800-268-7116
Previous ArticleZone Image closes its sales counter but its laboratory continues its activities
Next ArticleAmazon launches Luna, its video game platform