Canada's borders will remain closed until the end of November 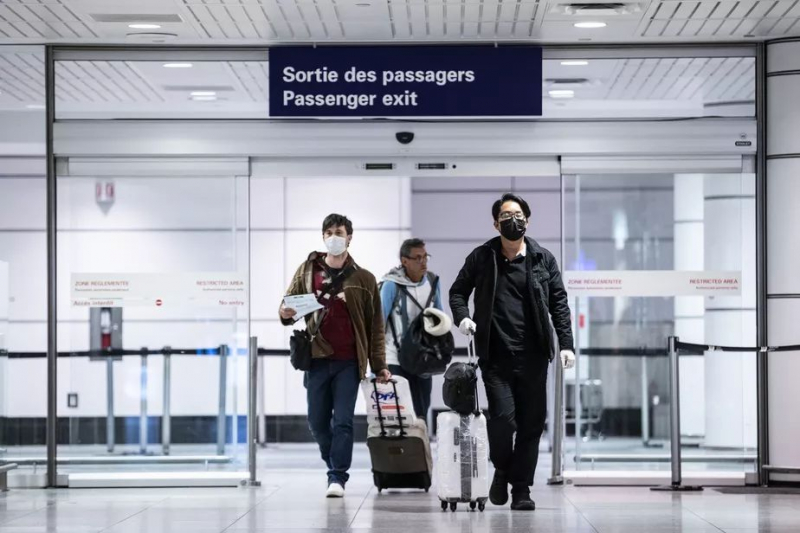 Since the beginning of June, foreign nationals can join their families living in Canada, if they are spouses, children, parents or legal guardians of Canadian citizens.

Since last March, travelers arriving in Canada, whether Canadian or not, have been subject to a mandatory 14-day quarantine to prevent the spread of the coronavirus. The United States is the subject of a separate agreement.

Since the beginning of June, foreign nationals can join their families living in Canada, if they are spouses, children, parents or legal guardians of Canadian citizens. Otherwise, only people whose presence on Canadian soil is deemed essential, such as certain employees, are admitted.

For the first time, the Canadian government announced on Friday the lifting of the mandatory quarantine for residents of certain landlocked Canadian or American municipalities when they travel to the neighboring country's region for shopping or medical services.

This quarantine exemption also applies to students who cross the US border regularly with a driver or in the case of shared babysitters.

In addition, people participating in a pilot project in Alberta (west) on alternatives to quarantine will also be exempt. These travelers are tested for COVID-19 when they arrive in the province or at the Calgary airport, and if the result is negative, they are released from quarantine provided they are retested a week later.

For its part, Canada's border with the United States remains closed until November 21, as part of a separate bilateral agreement with Washington. Only trade in goods and merchandise and travel considered essential are allowed.

This closure of the longest land border in the world was decided in March and has been renewed every month since.

Teilor Stone has been a reporter on the news desk since 2013. Before that she wrote about young adolescence and family dynamics for Styles and was the legal affairs correspondent for the Metro desk. Before joining The Bobr Times, Teilor Stone worked as a staff writer at the Village Voice and a freelancer for Newsday, The Wall Street Journal, GQ and Mirabella. To get in touch, contact me through my teilor@nizhtimes.com 1-800-268-7116
Previous ArticleNorth American equity markets had their worst week since March
Next Article“Take advantage of the crisis to review your ways of doing things”