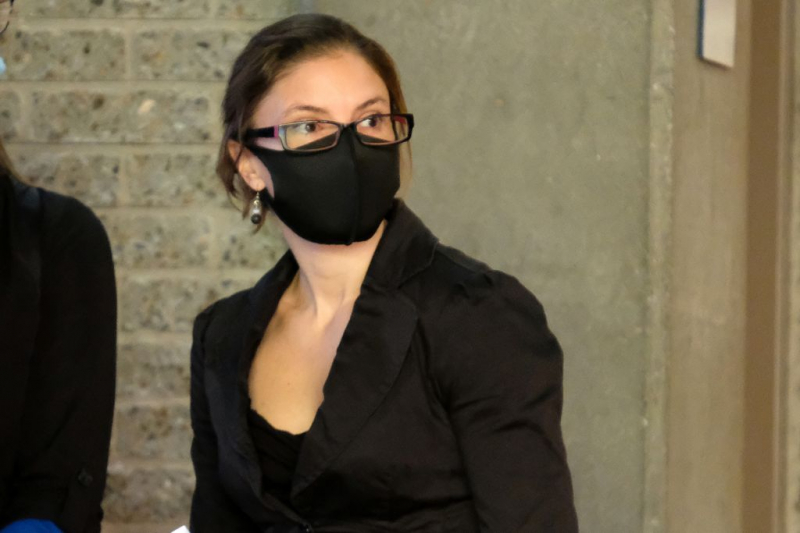 Catherine Geoffroy was sentenced to two years in prison on Monday.

Pascal Faucher La Voix de l'Est The ax fell on Monday for a woman from Granby found guilty of causing the death of a traffic signalman in Bonsecours in Estrie, in 2017.

Judge Claude Villeneuve, of the Superior Court, sentenced Catherine Geoffroy to two years in prison in addition to imposing a driving ban on her for seven years.

The 33-year-old woman had run into Michel Carmel because he had ordered her to stop her car after seeing her talking on the cell phone on November 7, 2017.

She also pretended to hit another flagwoman, but did not touch her. Mr. Carmel, 60, who was a site foreman, died a week later in hospital from severe traumatic brain injury.

Mother of a child, Ms. Geoffroy was found guilty by jury on September 27 of dangerous driving causing death, fatal hit-and-run and assault with a weapon.

In its final argument, the Crown said that Ms. Geoffroy had shown “total contempt” for the profession of road signaller and that this type of worker is the victim of too many collisions.

Me Émilie Baril-Côté had asked for three years in prison. The defense, represented by Me Alexandre Tardif, suggested instead a 90-day prison sentence to be served on weekends as well as 240 hours of community service.

For Me Tardif, the gesture was only a “tragic error of course committed by a non-criminalized person”.

According to the Association of Road Signs Workers of Quebec, this is one of the most dangerous occupations in the province.

Teilor Stone has been a reporter on the news desk since 2013. Before that she wrote about young adolescence and family dynamics for Styles and was the legal affairs correspondent for the Metro desk. Before joining The Bobr Times, Teilor Stone worked as a staff writer at the Village Voice and a freelancer for Newsday, The Wall Street Journal, GQ and Mirabella. To get in touch, contact me through my teilor@nizhtimes.com 1-800-268-7116
Previous ArticleMental health: “We need more help”
Next ArticleGranby girl's case: a first jury trial on September 13