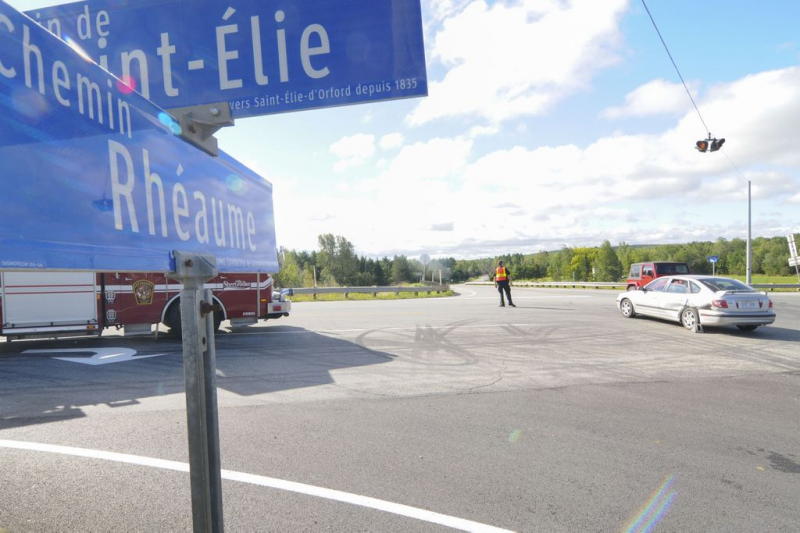 The by-laws being reviewed by the Commission are intended to allow the construction of an access road to the project, from Chemin Rhéaume, and to impose conservation easements on land to be developed.

Share October 31, 2020 3:00 a.m. Updated at 8:30 a.m. Share Chemin Rhéaume: Opponents fear long-term impacts The City of Sherbrooke maintained Friday before the Commission municipale du Québec (CMQ) that the project to build 50 high-end homes near the Chemin Rhéaume is in accordance with its development plan, while citizens who oppose this project have argued that it does not meet the standards or the objectives contained in the same development plan.

Remember that a group of 21 citizens, supported by municipal councilor Évelyne Beaudin, of Sherbrooke citizen, is opposed to this project located in a natural environment, outside the urban perimeter.

The by-laws being reviewed by the Commission are intended to allow the construction of an access road to the project, from Chemin Rhéaume, and to impose conservation easements on land to be developed.

Christian Pépin is one of the landowners of Domaine de la Vallée d'Orford, in the Chemin Rhéaume sector. His project of 50 houses in an area with high ecological potential, outside the urban perimeter, must undergo a zoning change which will only be adopted if the Commission municipale du Québec (CMQ) confirms that the process was done according to the rules of the art.

He wants to have the CMQ validate that two by-laws adopted by the City to allow the project, the first modifying the zoning and the subdivision, the second concerning municipal works and / or services, respect the development plan.

The opponents' lawyer, Me François Marchand, said he was worried about the repercussions that the implementation of the project could have, in the event that the Commission recognizes the conformity of the draft regulation.

“The plan provides for a maximum of 18 houses,” said Mr. Marchand. The City now wants to authorize 50. What guarantees us that once authorized, we will not have 60, 70 or even 100 houses? “

Me Marchand also underlined the fact that the City has a duty to first develop the urban territory before authorizing the development of a natural environment such as that targeted by the project.

“There is still space within the urban perimeter for the next 20 years,” Mr. Marchand pointed out.

Speaking on behalf of the City, Me Tiffany Dorais, on the contrary, argued that the project complies with the provisions of the development plan.

“There are all the same specific conditions to be respected,” said Me Dorais.

At the end of the arguments, Judge Alain Roy will have to rule on the compliance of the draft by-law of the City of Sherbrooke. “This is a file that I am prioritizing and for which I plan to render my decision very soon,” he said, suggesting that it could take place before mid-November.

Teilor Stone has been a reporter on the news desk since 2013. Before that she wrote about young adolescence and family dynamics for Styles and was the legal affairs correspondent for the Metro desk. Before joining The Bobr Times, Teilor Stone worked as a staff writer at the Village Voice and a freelancer for Newsday, The Wall Street Journal, GQ and Mirabella. To get in touch, contact me through my teilor@nizhtimes.com 1-800-268-7116
Previous ArticleSexual predator William Girard sentenced to 10 years
Next ArticleWindsor Action Sport Vélo fire