COP15: the Yunnan rhinopithecus must be saved 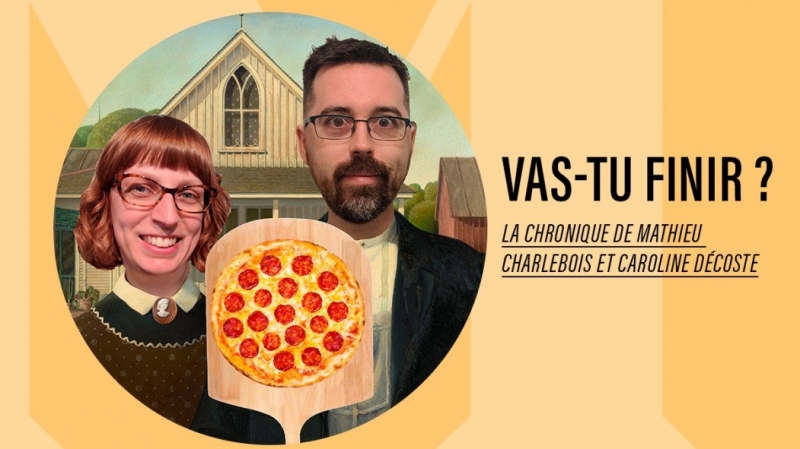 CHRONICLE – Montreal is hosting COP15 these days and, as with all other kinds of cops, we don’t have a lot of confidence. ACAB (All Conferences of the Parties Are Bullshit)?

The decline of biodiversity is an environmental issue as important as climate change and, like the latter, it is directly related to human activity. (Well yes, it's our fault! We should stop taking our private jets for everything and for nothing.) However, we talk about it much less, probably because a photo of the last phodile of Prigogine in the process of agonizing really few likes on Instagram.

It must be said that it is always animals that live in a distant forest or in a brown swamp that seem to disappear, and never the three psychopathic black squirrels that eat away at the plastic in our recycling bin. (These will survive anything, they are the tardigrades of Montreal balconies.)

Of the eight million known living species, more than one million are threatened with extinction. The sixth mass extinction has been well and truly underway for quite a while, but don't worry: the same institutions that haven’t done much so far need only take a series of hyperambitious measures asking to completely review the way of life only of individuals without questioning the actions of large corporations, and everything will be fine!

To help them, here are some ideas of measures to adopt to save life on Earth. Because that would still be cool. We find. But that’s just us.

Measure 1: when a powerful fails to protect an animal species, we send the last specimens home

Do you want to take your bath? Impossible: there is the last beluga inside. Want to listen to a quiet movie? Sorry, there are 50 chorus frogs in your living room now. You just had to build your condo tower on a wetland.

Measure 2: create the most boring of Jurassic Parks

It is clear that science does not make decision-makers tripper. Perhaps they will be more receptive to science fiction? Let's sell them the idea of ​​an island in the Pacific where we will clone “extinct animals”. But rather than cloning dinosaurs, let's clone Lord Howe noctophiles (a bat extinct in 2020) and fatty catfish (RIP in 2022).

Measure 3: a protected area… where we put the billionaires

COP15 has the objective of protecting 30% of natural terrestrial and marine environments by 2030. That is good. But we protect them against who or what, in fact? If the president of Pétrole et Bitume inc. is not here to say “Hey! And what if we put a drill rig in a whitecoat?”, the problem solves itself. (Yes, we could also just have said “eat the rich”, but we're trying to eat less meat.)

We have one last measure, for us this time: to remember. Remember that even if it’s important to take out your recycling, we must refuse to reduce the environmental fight to a series of small individual gestures. Remember prime ministers who always add a “but…” when they talk about the environment. Remember not to forget our sign, small snacks and a first aid kit for the revolution. Also remember to send a condolence letter to Mother Nature for when we've wiped out the last bearded vulture.

For those who wonder: the Yunnan snub-nosed monkey is a member of the Cercopithecidae family. The species is endangered.

Teilor Stone has been a reporter on the news desk since 2013. Before that she wrote about young adolescence and family dynamics for Styles and was the legal affairs correspondent for the Metro desk. Before joining The Bobr Times, Teilor Stone worked as a staff writer at the Village Voice and a freelancer for Newsday, The Wall Street Journal, GQ and Mirabella. To get in touch, contact me through my teilor@nizhtimes.com 1-800-268-7116
Previous Article5 board games for kids, but not boring for adults
Next ArticleThe surprising travel trends of 2023