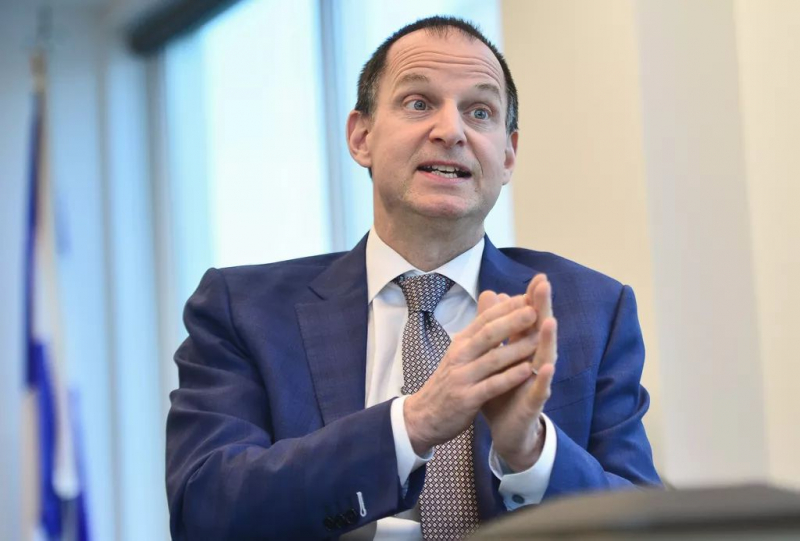 Share September 25, 2020 3:05 p.m. Share COVID-19: $ 2.3 billion to municipalities and transportation companies Lia Lévesque The Canadian Press MONTREAL – Quebec and Ottawa will pay “as soon as possible” $ 2.3 billion to municipalities in Quebec and Quebec public transport companies to alleviate the difficulties they are facing due to COVID-19 and to initiate a certain economic recovery.

Three ministers of the Legault government came to make the announcement on Friday in Montreal, namely Eric Girard, of Finance, François Bonnardel, of Transport, and Andrée Laforest, of Municipal Affairs and Housing.

Of this total sum of $ 2.3 billion, half and half federal-provincial, $ 1.2 billion will be reserved for public transport companies, which have faced a sharp drop in ridership, and therefore revenues in 2020. The sum includes the $ 400 million already announced in June.

Minister Bonnardel specified that paratransit and intercity transport are also affected by this aid.

From the total amount, an amount of $ 800 million will also be granted to municipalities. “This will make it possible to avoid tax increases in municipalities – it is certain that when we help municipalities make ends meet, it is for the benefit of all citizens – and to avoid cuts in services” , explained Minister Girard.

The remaining $ 300 million is a contingency reserve, Minister Girard said.

The announcement was very well received by the two major municipal unions, the Union of Municipalities and the Federation of Quebec Municipalities.

“This assistance will allow us to alleviate the strong budgetary pressures that we have been feeling since last spring, to ensure the safe maintenance of services to the population, to help municipalities deal with this second wave throughout Quebec. and to support the efforts necessary for a safe and sustainable recovery in all regions of Quebec, ”commented UMQ President Suzanne Roy.

The Canadian Union of Public Employees (CUPE), affiliated with the FTQ, which represents nearly three-quarters of municipal union members, including bus drivers and metro operators in Montreal, was delighted with this long-awaited help.

“The situation was becoming critical, because Quebec was affected more than any other Canadian province. Urgent and substantial assistance was needed for municipalities and transport companies. The message has been heard and we welcome this announcement. Now, we must ensure that the money is invested without further delay so that Quebeckers find all the services to which they are entitled, ”commented Marc Ranger, Quebec director of CUPE.

Teilor Stone has been a reporter on the news desk since 2013. Before that she wrote about young adolescence and family dynamics for Styles and was the legal affairs correspondent for the Metro desk. Before joining The Bobr Times, Teilor Stone worked as a staff writer at the Village Voice and a freelancer for Newsday, The Wall Street Journal, GQ and Mirabella. To get in touch, contact me through my teilor@nizhtimes.com 1-800-268-7116
Previous ArticleBloc Québécois MPs diagnosed with COVID-19 negative
Next ArticlePierre Paul-Hus: federal elections in times of COVID? “If it is necessary, it is necessary”