“COVID Horror Movie”: Cineworld Shuts Down in UK and US 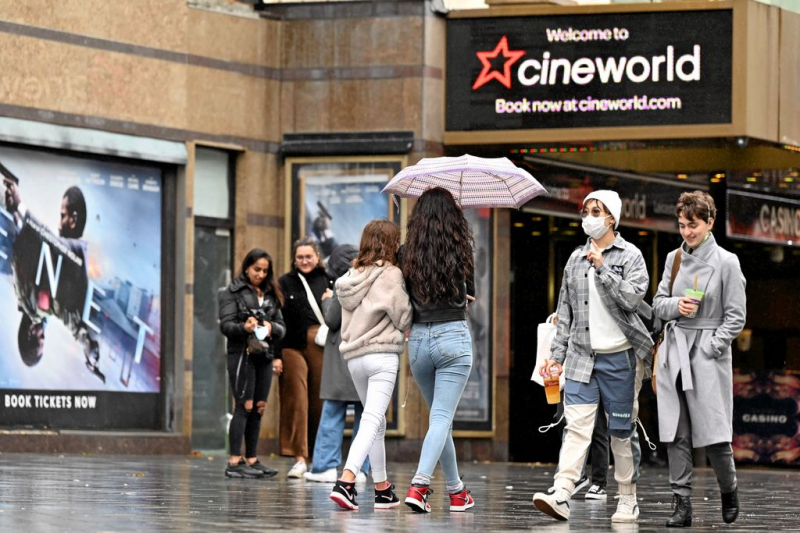 British cinema chain Cineworld announced on Monday the temporary closure of all of its theaters in the United Kingdom and the United States due to the postponement of new releases, including the latest James Bond, due to the pandemic.

Cineworld specifies that the suspension of activities will begin Thursday and will concern 536 American Regal cinemas and 127 British (under the Cineworld and Picturehouse banners), affecting a total of 45,000 employees.

The group points out that, the theaters remaining closed in many cities in the United States, in particular in New York, and in the absence of visibility the studios prefer to postpone the planned releases.

This is particularly the case of the highly anticipated new part of James Bond, Mourir Can Wait ( No Time To Die ), whose arrival on the screens has just been postponed to April 2, 2021.

Other blockbusters have already been delayed like the 1984 Black Widow and Wonder Woman superhero films.

Cineworld “will communicate on any resumption of activities in these markets in due course” and when the studios decide to resume the outputs, said Mooky Greidinger, general manager of the company, world number two in the sector.

“Not viable” without vaccine

According to the British press, Cineworld even wrote this weekend to British Prime Minister Boris Johnson and Culture Minister Oliver Dowden to warn them that the sector was “not viable”, especially in the absence of a vaccine.

The opposition Labor Party criticized the government for not giving more support to the film industry.

“Although the delay of the last 007 forced the decision, Bond is not the villain of the story. The spread of COVID-19 is a horror film for the sector whose latest wave of contaminations confirms a devastating scenario for cinema chains, ”underlines Susannah Streeter, analyst at Hargreaves Lansdown.

She points out that this is a particularly difficult decision for the group's 5,500 employees in the UK, who will not even be able to benefit from the UK government's new employment assistance program, which only concerns part-time workers. .

“Cineworld has been supported throughout the year by the partial unemployment system, through other business support measures,” Labor Minister Therese Coffey told Sky News.

“We cannot make every economic decision for companies, it is up to them to make their choices,” she added.

For his part, Tim Richard, managing director of the Vue channel, one of Cineworld's British competitors, assures us that the industry will weather these storms.

“We were a very solid sector until then. We just have to face the next three or four months without films, ”he said on BBC 4 radio.

This closure of theaters is another blow for Cineworld, whose financial health was already shaky, hit by months of confinement and then a slow resumption of its activity.

The group also recalls that it is considering various means of strengthening its finances, which could involve a capital increase in order to ensure its survival.

Investors were not mistaken and the title of Cineworld plummeted 30.81% on the London Stock Exchange.

“Time to die”? Asks Neil Wilson, analyst at Markets.com in reference to the latest James Bond.

“I am concerned that consumer habits have changed forever which means the market will be shrunk … Webcasting services, like Netflix and its Hollywood budgets, have dealt the industry a fatal blow and COVID has just keeps the spectators a little further away, ”he said.

Teilor Stone has been a reporter on the news desk since 2013. Before that she wrote about young adolescence and family dynamics for Styles and was the legal affairs correspondent for the Metro desk. Before joining The Bobr Times, Teilor Stone worked as a staff writer at the Village Voice and a freelancer for Newsday, The Wall Street Journal, GQ and Mirabella. To get in touch, contact me through my teilor@nizhtimes.com 1-800-268-7116
Previous ArticleA work in honor of Viola Desmond is presented in New Glasgow
Next ArticleAlbarn and Sissako unite to create an “African” opera