COVID: The shortfall less important than expected in Sherbrooke 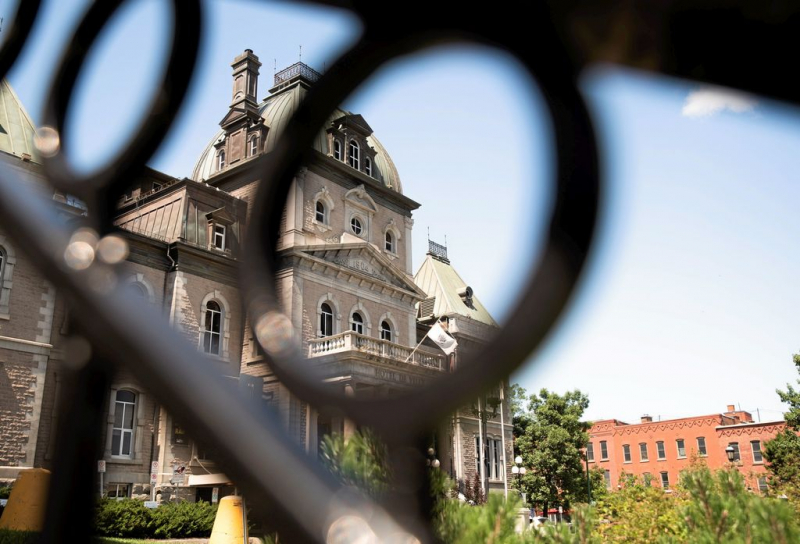 Mayor Steve Lussier says the COVID-related shortfall could be less than the $ 7 million advanced in June.

Jonathan Custeau La Tribune The shortfall attributed to expenses or loss of income related to COVID-19 will be less significant than expected in the City of Sherbrooke. At least that is what Mayor Steve Lussier argues, when asked about the state of operating expenses.

As of July 15, in a document obtained under the Access to Information Act, we see that the City of Sherbrooke approved expenditures of $ 956,000 higher than what was forecast in the 2020 budget. This amount is boosted by the expenses necessary for the holding of day camps despite COVID, namely $ 621,000. This sum should be matched by income.

According to Steve Lussier, the Quebec government is committed to reimbursing this expense.

The other unexpected costs relate to the purchase of a van and a trailer for the signage painters ($ 165,000) and the relocation of employees from the municipal garage ($ 140,000).

“When there were additions, it was out of opportunity or because there were gains to be made. If there is no gain, there is no question of incurring expenses. “

Asked to comment on the economic situation of the City of Sherbrooke, Mr. Lussier indicates that the Finance Department is re-evaluating the forecasts based on the expenses generated by the pandemic, but also on the unexpected revenues that have been added due to COVID. “We will have to take into account emergency aid to municipalities. There is a lot of financial gymnastics. It is very difficult for our finances. “

In May, Mr. Lussier argued that the loss of earnings related to COVID could reach $ 2.8 million in Sherbrooke. In June, this amount exceeded $ 7 million. “We have revised this figure. I won't specify it, but it's better than we thought. »Better than $ 7 million.

“It was clear that we would not pass the bill on to the citizens. The government said it would help us. When that help arrives, we can quickly do a public update. “

Steve Lussier hopes to obtain confirmation of the amounts that will be granted to Sherbrooke within a month to help it in the 2021 fiscal year.

Opposition leader designate, Evelyne Beaudin, sees nothing to worry about in the unbudgeted spending so far. She even believes that the city's budget situation could benefit from COVID if the savings outweigh the expenses. “I believe we need to educate people not only about the budget choices we make, but also about the situation we find ourselves in when making decisions. “

Teilor Stone has been a reporter on the news desk since 2013. Before that she wrote about young adolescence and family dynamics for Styles and was the legal affairs correspondent for the Metro desk. Before joining The Bobr Times, Teilor Stone worked as a staff writer at the Village Voice and a freelancer for Newsday, The Wall Street Journal, GQ and Mirabella. To get in touch, contact me through my teilor@nizhtimes.com 1-800-268-7116
Previous ArticleBroken water pipe in the city center
Next ArticleJuvenile prostitution: two clients abandon their preliminary investigation