Death of Héliodore Dulac: “a rather special scene” 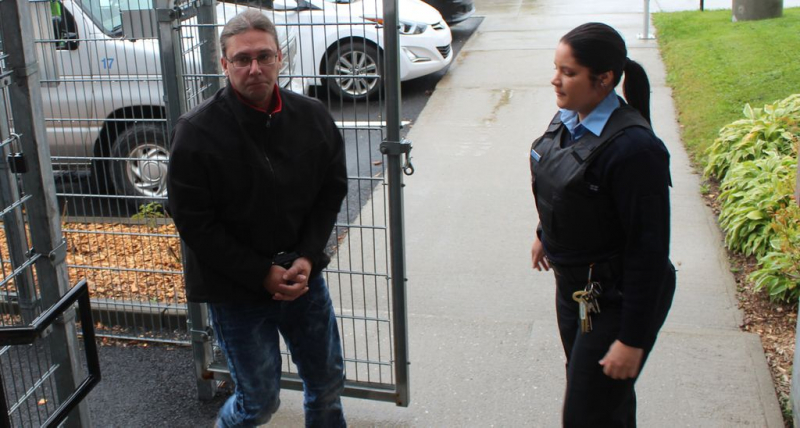 René-Charles Quirion La Tribune An open window on the second floor of Heliodore Dulac's residence in Milan led investigators to assess the accidental death thesis, but it was quickly ruled out after the discovery of traces of projected blood and then disclosure of the preliminary autopsy report.

Investigative sergeant Jean-Pierre Pomerleau of the Sûreté du Québec was called to the bar on Tuesday at the jury trial of Ian Bélanger who is accused of the second degree murder of Héliodore Dulac in Milan on June 3, 2018.

Sergeant Pomerleau, who was an investigator at the MRC du Granit, initiated the analysis of the scene of events on Chemin de la Yard.

The 72-year-old victim was found on the ground near an open overhanging window.

“There is a good distance between the window and the body that was found. We wonder if a person of that age could move after falling out of the window. There is not a lot of blood around the body. He had a big wound on his foot, but not with a lot of blood. I must admit that this scene was quite special. We were racking our brains, ”says Jean-Pierre Pomerleau.

He explains that he had to confirm with the forensic pathologist whether the injuries were compatible with a fall before the investigation was turned over to personal crimes investigators.

Judge Gaétan Dumas of the Superior Court, who is presiding over the trial, explained to the jury that this element must not be proven until the forensic pathologist comes to testify at the trial.

He explains that the 72-year-old man was found in black boxers behind his residence.

“He had a good cut on his right foot. There are a lot of bruises. His face was covered with reddish liquid. He had cuts on his nose. He had black eyes, ”says police officer Lafrance.

A sweater with a shirt, white pants with a bloodstained belt and an old bloodstained shower curtain were found near the body of Heliodore Dulac.

Sergeant Pomerleau reports that drops of blood were found on the ground, on the kitchen counter and on the patio door. No trace of blood was found on the second floor. He found that four small panes had been removed from the second story window.

“I was not able at the time to say that there had been a crime, it is small elements which gradually lead us towards a criminal thesis. I find it unusual that there was reddish liquid on the first floor, but not on the second, ”testifies Investigator-Sergeant Pomerleau.

He found that the victim's scooter and wheelchair were found on the first landing.

“We told ourselves that someone was inside, locked the doors and then went outside,” said Investigator Sergeant Pomerleau.

Sergeant Pomerleau and the crime scene technician observed traces of blood being thrown in the patio door of Héliodore Dulac's residence.

“We headed for the criminal thesis. The door of natural death was closing, ”said Sergeant Pomerleau.

Héliodore Dulac's glasses with a missing glass were also found near the patio door. A mop with blood was discovered in the residence of Héliodore Dulac.

Photos of all items from the crime scene were filed as evidence in court.

Teilor Stone has been a reporter on the news desk since 2013. Before that she wrote about young adolescence and family dynamics for Styles and was the legal affairs correspondent for the Metro desk. Before joining The Bobr Times, Teilor Stone worked as a staff writer at the Village Voice and a freelancer for Newsday, The Wall Street Journal, GQ and Mirabella. To get in touch, contact me through my teilor@nizhtimes.com 1-800-268-7116
Previous ArticleNo external expert for Valoris … for the moment
Next ArticleSoon compost in all schools?