Demolitions in Deauville in anticipation of the leisure area 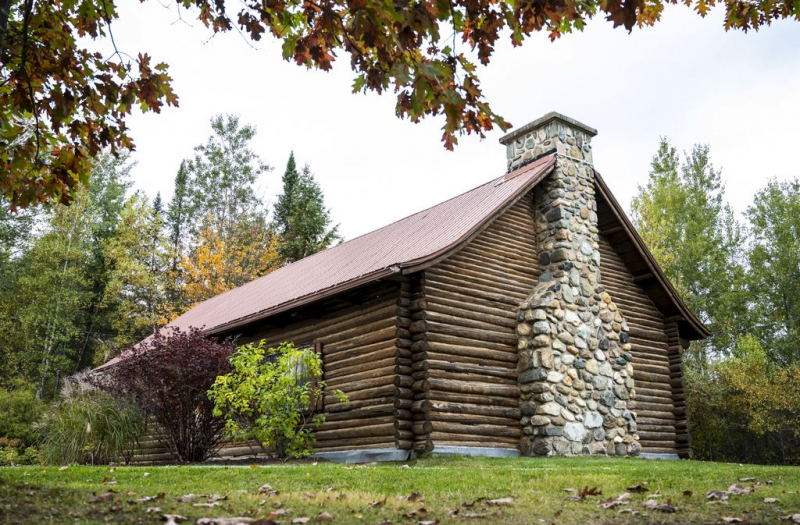 The service building at Parc Jules-Richard will be demolished.

Jonathan Custeau La Tribune SHERBROOKE – It is between $ 14.7 and $ 20.5 million that will have to be spent in 30 years to organize the recreation platform in the Lac-Magog district. The project, awaited for several years around the Rock Forest Recreation Center, in particular, aims for the first actions before the end of the year or in 2021. It would involve building a new service building at Jules-Richard Park in the Deauville sector. .

In the documents presented Monday evening to the city council, we learn that it is planned to demolish two buildings in Jules-Richard Park to build a new one that will accommodate all the activities of the recreational sector. Environmental and geotechnical analyzes are also planned, in addition to asbestos analyzes at the borough office on rue du Haut-Bois Nord, which would become the sector's library.

On Monday, elected officials approved spending of $ 140,000 for the construction of the new service building and $ 300,000 for the preparatory study for the rest of the project. These amounts were in the 2020 budget, but had to come back to the board for approval. Originally, there was even provision for $ 700,000 for a study.

“It is intended to be a project that responds to the challenges of modernizing facilities that no longer meet the needs of families in our sector. The project is forged over the course of various consultations in the community, ”summarizes councilor Annie Godbout.

“It's about creating a living environment that is lacking in the area. There is no meeting place in our borough. It is not normal. We need places with which people identify and this is essential for the development of communities. “

She presents the expenses as necessary, arguing, among other things, that large sums of money should be spent to maintain dilapidated buildings that the City wishes to sell or demolish. These asset maintenance expenses, estimated at $ 1.2 million, would be saved. She warns that the costs reaching $ 14.7 or $ 20.5 million are projections to be taken with a caveat since they could be revised. 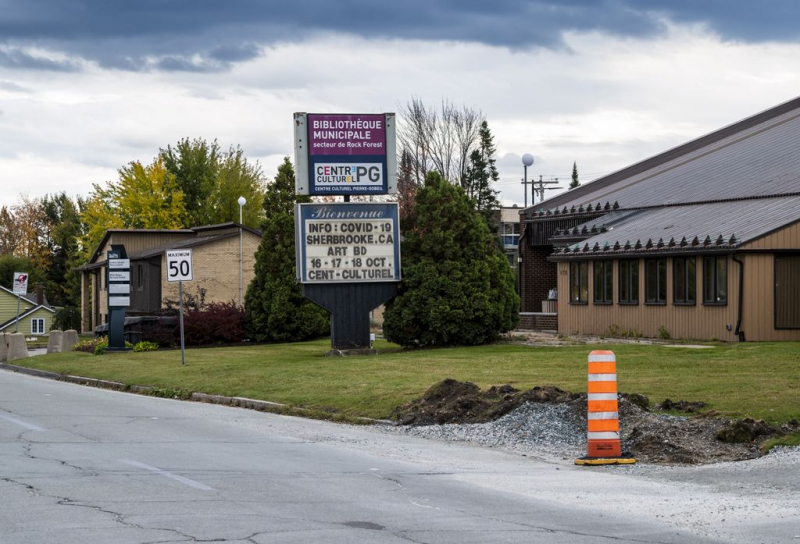 These two buildings on rue de Haut-Bois Sud could be demolished to make way for a leisure area. La Tribune, Jessica Garneau

“We will be able to talk about the amounts in 2021 because this is a very large file that has continued to be refined over the past four years. We are getting closer to the ultimate goal, ”confirms Pierre Tremblay.

Concretely, the creation of a recreation platform in the Brompton-Rock Forest-Saint-Élie-Deauville borough emanated from the borough's 2015-2017 action plan to consolidate the infrastructure of the library, the recreation center and from the cultural center.

For example, the Deauville recreation and community center should be sold. It is mainly used by Loisirs Acti-Famille for cooking and day camp activities. The owner of the neighboring Petro-Canada station would be interested in acquiring it.

In the area of the village of Rock Forest, the City plans to sell two buildings located at the corner of Chemin Saint-Roch and Rue Emery-Fontaine, that is, that of the current Optimist Community Center, whose municipal evaluation is more than $ 1 million, but with a market value of $ 410,000, and that of the Comptoir familial. About ten organizations will have to be relocated, in particular Loisirs Acti-Famille, the Scouts of Rock Forest, the Knights of Columbus and two Circles des Fermières.

The current Brompton-Rock Forest-Saint-Élie-Deauville borough office would be transformed into a library. It is estimated that the costs of this transformation would amount to $ 1.1 million. We are therefore considering the demolition of the Bertrand-Délisle library and the Pierre-Gobeil Center, such as that at 950 rue du Haut-Bois, where it was thought to transfer the employees of the borough. The City would also demolish the part of the Rock Forest Recreation Center formerly used for racquetball. The entire parking lot for the plateau would be redone, at a cost of $ 600,000, while a greening plan of $ 400,000 could be deployed. 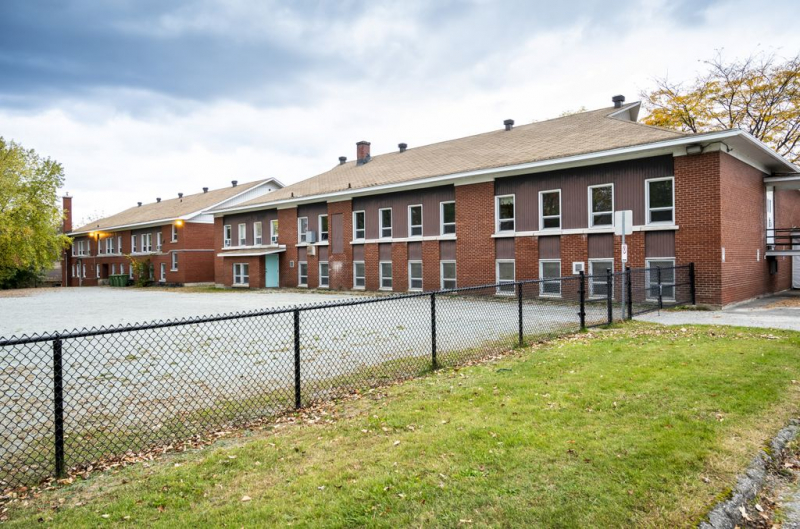 The Optimist Community Center in the village of Rock Forest would be sold. The organizations that live there would move to rue du Haut-Bois. La Tribune, Jessica Garneau

A new building of up to two stories, with a floor area of 26,000 square feet, would be constructed to house all agencies, municipal employees and the family counter. Current needs are estimated at 39,000 square feet. The cost of the building is estimated at $ 300 per square foot.

The grouping will make it possible to harmonize schedules and offer additional services by adding, for example, a daycare center, a café or a snack bar.

Évelyne Beaudin, Marc Denault and Karine Godbout have registered their dissent in this case.

Ms. Beaudin describes the project as an omnibus project “which hides several things”. “That we get involved in this project, which was not presented publicly for more than three minutes by Ms. [Annie] Godbout, is what I call putting my finger in the process. What is the urgency to decide when we begin [Tuesday] the budget study? “

Karine Godbout would have given her approval to demolitions and construction in the Deauville sector, but would have waited for the budget process to approve the preliminary study of $ 300,000. 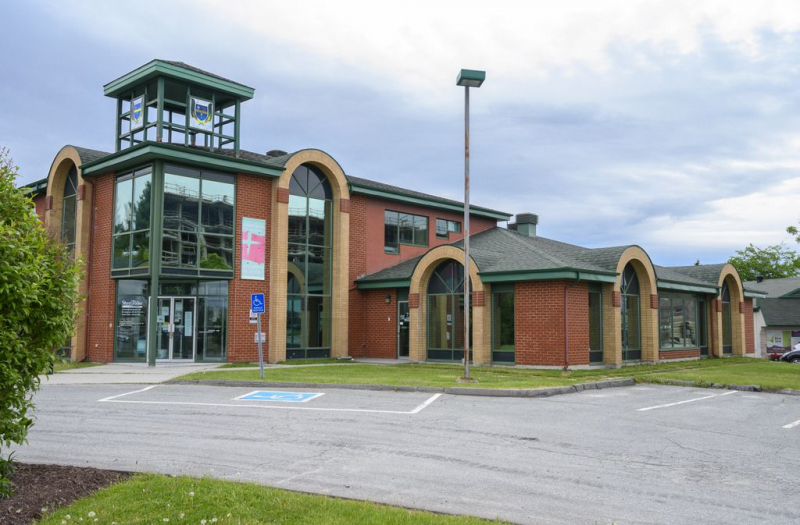 The office in the Brompton-Rock Forest-Saint-Élie-Deauville borough would be transformed into a library. La Tribune, Jessica Garneau

Mr. Denault, for his part, reminds that several large projects are launched in parallel without knowing their real cost.

Julien Lachance mentions that the project has been part of the discussions for six years and that the borough is constantly growing. “It's a project that deserves to move forward and to move forward, you need a little money. Even the amounts that were planned for 2020 have been reduced. There is a real need. The buildings are in disrepair. “

Nicole Bergeron, president of the borough, recalls that former councilor Diane Délise was already proposing improvements to Jules-Richard park. “It is wrong to claim that this file comes at the last minute. We talked about it during the preparation of the 2020 budget. This file needs to be fine-tuned, but we must start by giving ourselves the chance to study and come back. The rest of things will belong to you all. “

Chantal L'Espérance sees it as an integrating project for four former towns which now form the same community.

Vincent Boutin is happy that we are thinking of investing in the quality of life rather than in the asphalt.

Teilor Stone has been a reporter on the news desk since 2013. Before that she wrote about young adolescence and family dynamics for Styles and was the legal affairs correspondent for the Metro desk. Before joining The Bobr Times, Teilor Stone worked as a staff writer at the Village Voice and a freelancer for Newsday, The Wall Street Journal, GQ and Mirabella. To get in touch, contact me through my teilor@nizhtimes.com 1-800-268-7116
Previous ArticlePierre Avard will run for a new mandate
Next ArticleThe traffic lights on Belvédère will be synchronized