Domi would have liked better communication within the CH

By Teilor Stoneon October 7, 2020in Sport 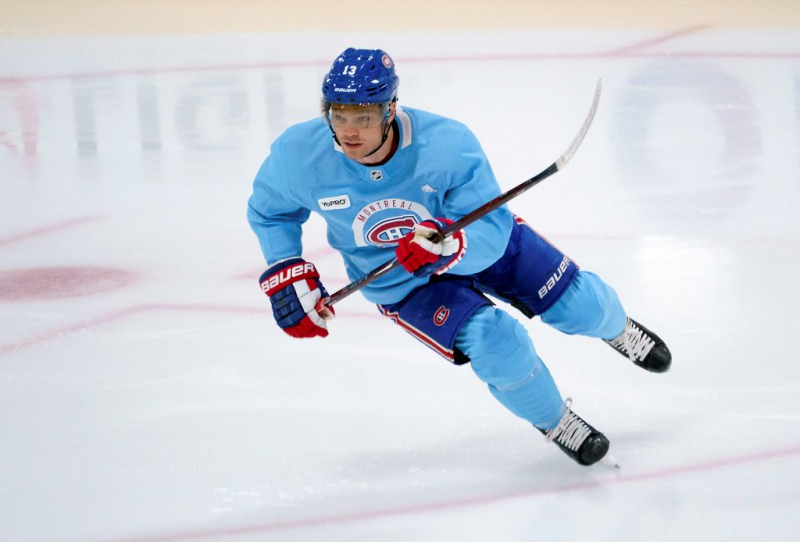 In the aftermath of the exchange that sent him to the Columbus Blue Jackets in return for Josh Anderson, Max Domi pointed out a lack of communication with Habs head coach Claude Julien.

Share October 7, 2020 5:40 p.m. Share Domi would have liked better communication within CH Alexis Bélanger-Champagne The Canadian Press Max Domi would have liked to better understand what he had to do to regain his place among the top two lines of the Montreal Canadiens. He will probably never know, as this chapter of his career is over.

In the aftermath of the exchange that sent him to the Columbus Blue Jackets in return for Josh Anderson, Domi pointed out a lack of communication with Habs head coach Claude Julien. He also said he did not have an end-of-season meeting with the team's management.

“The playoff situation has been difficult. There wasn't a lot of communication. I didn't really know what was going on, what I should do to help the team, ”Domi said Wednesday, via videoconference.

After setting a personal high with 72 points in his first season with the Habs in 2018-19, Domi appeared to fall out of favor with Julien over the past winter. His role had quietly been reduced during the season, as his production fell to 44 points.

Domi then started the NHL's revival as part of the fourth line. He had three assists in the same game in 10 games.

Asked about his relationship with Julien, Domi simply said he did not want to “broach this subject”.

Domi nevertheless insisted that he enjoyed his time with the Canadiens and that he had forged important bonds with his teammates.

“It's a great group and I'm going to miss it. I'm also going to miss playing in front of the fans at the Bell Center. I didn't think it would really be that special, but it was, Domi said. This chapter is now complete. ”

The next chapter in Domi's career is expected to last at least two years. The Blue Jackets announced Wednesday afternoon that they had awarded a two-season, US $ 10.6 million contract to Domi, who could have become a free agent with compensation on October 9.

By chance, Domi was traded for one of his best friends. He and Anderson played together for three seasons with the London Knights in the Ontario Hockey League.

He praised the merits of the Habs and Montreal to Anderson.

“We were a bit in shock (Tuesday). When we heard the news, we called each other, Anderson said, on a conference call. He spoke well of Montreal. He loved his experience and told me I was going to have a lot of fun. ”

Anderson, who is from Burlington, Ont., Has tasted the best of the Bell Center before, even though the Canadiens have never faced the Blue Jackets in the playoffs.

“For my 16th birthday, I was offered to go anywhere in the world and I chose to go to a playoff game in Montreal,” said Anderson. My dad allowed me to watch a game between the Canadiens and the Pittsburgh Penguins (in the spring of 2010). It was absolutely amazing. ”

Anderson, 26, has made it his mission to silence his critics next season. After setting a personal high with 27 goals in 2018-19, he was limited to one goal and three assists in 26 games last winter, when his campaign was derailed with a left shoulder injury suffered as early as the first game.

He would have been ready to return to the game this summer if the Blue Jackets had made it through the first round of the playoffs.

“I was pretty good in my first three seasons, then I got into trouble last winter because of my injury,” he admitted. As the next campaign approaches, I have never been so confident. I have been working for this occasion for eight months. ”

Anderson will have to sign a new contract by then, he who will become a free agent with compensation on Friday. He was aiming for a long-term deal with the Blue Jackets and said he was open to that possibility with the Canadiens.

General manager Marc Bergevin will have to throw himself a bit into the void, since a short-term agreement would allow Anderson to take advantage of full autonomy at the end of any potential new contract. Anderson is however optimistic to fit well in the plans of the Habs, and Bergevin seemed very happy to have got his hands on a big winger capable of scoring goals.

“I am confident in my means and I am in good health. It's a good team with a star goalie. I believe I can accomplish a lot of good things in Montreal, ”concluded Anderson.

Teilor Stone has been a reporter on the news desk since 2013. Before that she wrote about young adolescence and family dynamics for Styles and was the legal affairs correspondent for the Metro desk. Before joining The Bobr Times, Teilor Stone worked as a staff writer at the Village Voice and a freelancer for Newsday, The Wall Street Journal, GQ and Mirabella. To get in touch, contact me through my teilor@nizhtimes.com 1-800-268-7116
Previous ArticleA positive case in the Phoenix
Next ArticlePlayer development: pandemic complicates matters