Duclos, air traffic controller while waiting for the next electoral meeting 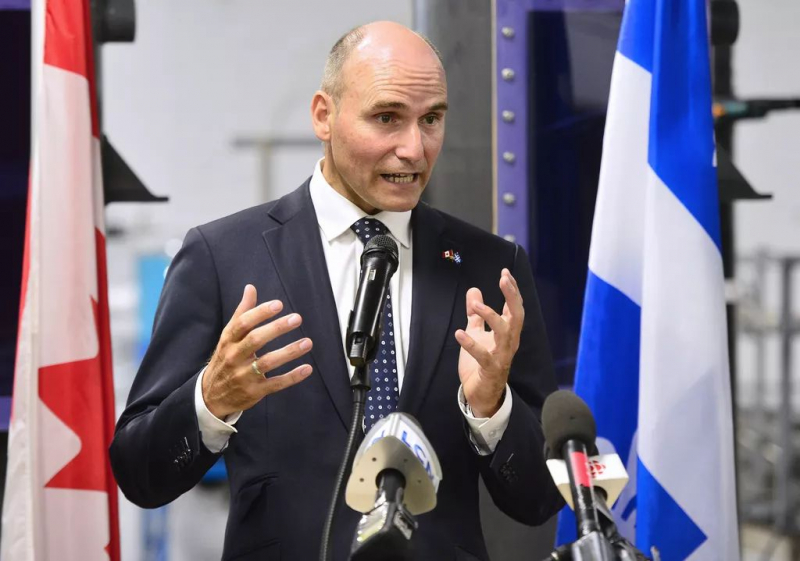 Baptiste Ricard-Châtelain Le Soleil The President of the Treasury Board of Canada, Jean-Yves Duclos, assures us that he is not preparing for a hasty election, but announces that his photo will be on the signs when his minority government falls, “to unless God decides otherwise ”.

In the meantime, he will play the arbiter against his fellow ministers who will compete for the billions promised by the federal Liberals in the throne speech.

Not immediately, however: “There is no ministry that has to tighten its belt to give other ministries a chance to take up more space.”

Reducing the budgets allocated to the elderly, to the natives or to culture “would be counterproductive”, according to Jean-Yves Duclos.

Important economic minister, he therefore confirms that we heard correctly during the speech from the throne recited by the vice-queen, in the middle of the week: the floodgates of public finances remain wide open.

All in the “right” direction, but not all in planes of the same size, nor with the same fuel reserves. Some will go further, faster. Especially those who spend to support companies and workers in difficulty, for health. These will be favored, as long as the SARS-CoV-2 coronavirus disrupts the planet.

By the way, it was the team of the deputy-federal minister who requested an interview with Le Soleil on Thursday. The pretext: commenting, hot, the throne speech from a local angle … The problem is that Mr. Duclos was not available Thursday!

And the next day, Friday? It was finally an hour late that he called us.

Busy Mr. Duclos? Apologizing, he invoked emergencies “not at all neither planned nor desired”.

So, what did he want to say to Quebecers in Quebec? That there are dollars for them in the billions that will eventually percolate: prolonged wage subsidy, employment insurance, training for retraining workers, funding for green economy companies … Some 100,000 residents of the region are affected. Canadian Emergency Benefit (CEP), he notes.

We come back to it: it will be expensive. And the bills will have to be paid one day or another.

Moreover, Mr. Duclos, we still don't know how much the expensive promises will cost …

The President of the Treasury Board will let his colleague from Finance unveil the figures. But he does certify that the large anticipated deficit of $ 343 billion in 2020, as announced in the summer economic update, holds. “Yes, this is still the latest tax update.”

It appears that the post-containment economic recovery has been a little more vigorous than expected. There would be room. Although: “There is, like any forecast, a certain degree of uncertainty.”

On another note: will you be a Liberal candidate in the next election? “We are really not in an electoral spirit.” Of course, Jean-Yves Duclos says he thinks of the economy, of health; the opposition will definitely support the government.

Let's repeat the question: will you run in the next election? “I really enjoy my job as a member for the riding of Quebec.” Will your photo be on election posters? “Unless God decides otherwise …”

The Throne or the Throne?

The linguists of Quebec and those of Canada do not agree on the majuscular presence of the royal seat from which the famous political speech is read.

The Office québécois de la langue française (OQLF) sees no need for the magnification of t: Speech from the throne is therefore sufficient.

But the Government of Canada's terminology and linguistic data bank rather raises the letter: Among Canadians, the Queen's seat deserves more prestige!

Teilor Stone has been a reporter on the news desk since 2013. Before that she wrote about young adolescence and family dynamics for Styles and was the legal affairs correspondent for the Metro desk. Before joining The Bobr Times, Teilor Stone worked as a staff writer at the Village Voice and a freelancer for Newsday, The Wall Street Journal, GQ and Mirabella. To get in touch, contact me through my teilor@nizhtimes.com 1-800-268-7116
Previous ArticlePierre Paul-Hus: federal elections in times of COVID? “If it is necessary, it is necessary”
Next ArticlePauline Marois denounces the exclusion of women from the political boy club