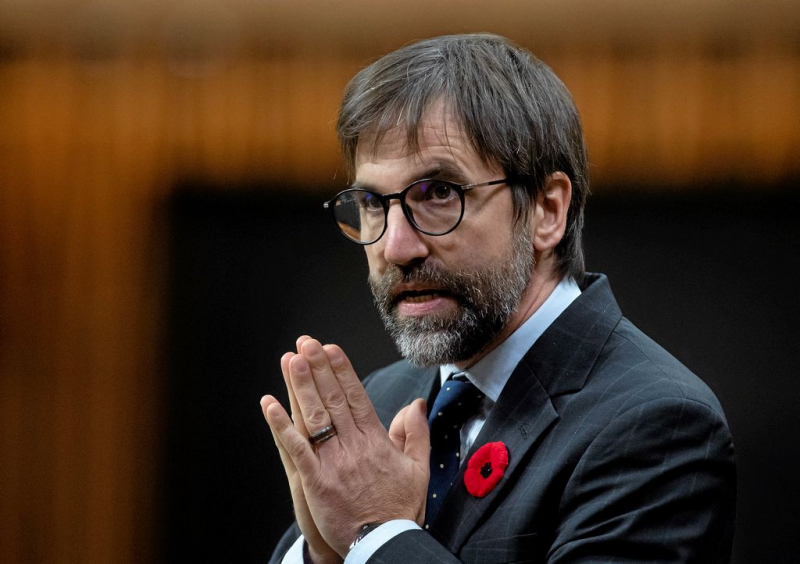 The Minister of Canadian Heritage, Steven Guilbeault, announced funding of more than $ 3.3 million to eight Quebec businesses in the cultural sector wishing to realize an international export project.

The Minister of Canadian Heritage, Steven Guilbeault, made the announcement Monday during a virtual conference.

“The shock wave that has hit us this year has been terrible,” he said at the outset. Our government is aware of the challenges. That is why his team worked to put in place solutions, explained Mr. Guilbeault.

Thanks to a total investment of $ 7.9 million, the third call for proposals conducted within the framework of Creative Export Canada made it possible to select 16 cultural projects in Canada, including eight in Quebec.

Quebec companies that benefit from federal support include Sphère Média – which produces Génial , broadcast on Télé-Québec, and distributes the film Nadia, Butterfly by director Pascal Plante, presented in the official selection of the Cannes Film Festival 2020. There is also Media Ranch, a production company that relaunched the cult 90s show Surprise Surprise in France last April, in the midst of a pandemic.

Director Sophie Ferron indicates that the concept of a hidden camera program that traps stars without their knowledge has recently been sold in two new European territories. However, it cannot reveal the names of the countries for the moment, precisely to preserve the “element of surprise”.

Ms. Ferron, who is currently in Los Angeles hoping to strike deals for the sale and distribution of content overseas, estimates that 98% of her revenue comes from outside the province.

Negotiations are going well, according to the main interested party. “We have made some important agreements and we feel the tide is turning,” she says. This wind of renewal is all the more felt since the results of the American presidential election, she explains.

“We feel that there is a weight falling, that people have more confidence in the future, we can see it in the difference in the pace of people. It's crazy as we see in just two days, she exclaims. You could hear people in the neighboring apartments screaming with joy and cars honking their horns. ” She hopes that the wave of hope that crosses California will be favorable to her.

“Today, in these difficult times, the cultural industries have more than ever a decisive role to play in improving our lives,” explained Mr. Guilbeault. Creators, who find themselves facing great economic uncertainty, need our support. ” The federal government is proud to help companies penetrate foreign markets to promote them on the international scene, added the Minister of Canadian Heritage.

The Creative Export Canada funding program, created in 2018, gives businesses and organizations working in the creative sector the tools and mechanisms necessary to export their creative content successfully.

A limited number of projects will be funded each year due to the competition which is very strong within this federal program. Remember that last February, the Les 7 Doigts collective received $ 255,000 in financial assistance as part of this initiative.

– This report was prepared as part of the Facebook and The Canadian Press News Scholarship program.

Teilor Stone has been a reporter on the news desk since 2013. Before that she wrote about young adolescence and family dynamics for Styles and was the legal affairs correspondent for the Metro desk. Before joining The Bobr Times, Teilor Stone worked as a staff writer at the Village Voice and a freelancer for Newsday, The Wall Street Journal, GQ and Mirabella. To get in touch, contact me through my teilor@nizhtimes.com 1-800-268-7116
Previous ArticleMargaret Atwood returns to poetry
Next ArticleSean Connery's pistol in the first James Bond auctioned [VIDEO]