Éric Girard projections: a parliamentary budget officer would have said no

By Teilor Stoneon November 15, 2020in Politic 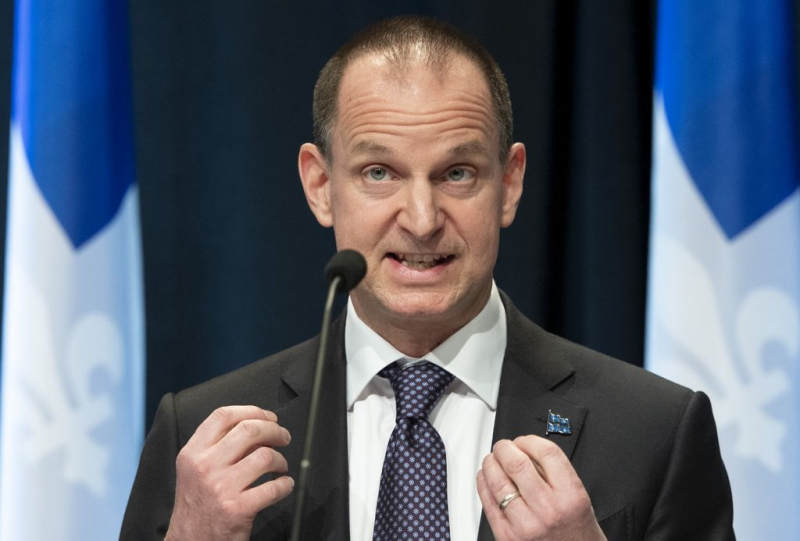 Finance Minister Eric Girard would never have tabled his update in its current form if it had been analyzed and criticized by a parliamentary budget officer, according to PQ leader Paul St-Pierre Plamondon.

This is what PQ leader Paul St-Pierre Plamondon supports by calling for the establishment of this independent body, which has been demanded for several years now. It is a sort of public finance watchdog, an office responsible in particular for analyzing the budget documents presented by the government and deciding on their validity.

In an interview with The Canadian Press broadcast on Sunday, Mr. St-Pierre Plamondon maintains that the Minister of Finance, Eric Girard, would not have tabled his update in its current form knowing that it would have been deciphered and harshly criticized by a parliamentary budget officer.

“It would shed light on the shortcomings of the update, between what is said and reality,” pleaded the head of the PQ. The CAQ already has transparency problems; this document is indicative of this significant lack of transparency. ”

Remember that the document includes projections over three years rather than the five years usually provided for. However, it forecasts a total accumulated deficit of $ 30 billion for three years – $ 15 billion this year, $ 8 billion next year and $ 7 billion in two years – but a return to balanced budgets in five years, outside the intended scope, without explaining precisely how.

“They promise a return to balanced budgets, but we do not know what the plan is. In year 3 of the current plan, there is still a $ 7 billion deficit, but there will only be two years left to balance the budget. This raises questions of trust. If there is an asset to going from $ 7 billion to zero, it must be explained in the update. “

Mr. St-Pierre Plamondon also wonders about the Legault government's expectations of Ottawa. The update highlights that Quebec is counting on the increase in the federal health transfer to close the gap between income and expenditure. Eric Girard hopes to get $ 6 billion more per year, but negotiations have not started.

“What fact is it based on?” asked the PQ leader. Is this a hypothesis? A wishful thinking or information that rigorously allows this hypothesis to be included. ”

The leader of the PQ recalls that the Coalition futur Quebec (CAQ) had yet voted for a motion in the House exactly one year ago asking for the establishment of a parliamentary budget officer, as there is one in Ottawa.

“The need is more pressing than ever now,” concluded the head of the PQ. It is a breach of a commitment and it has a significant impact right now. ”

Around thirty countries have adopted this type of institution around the world, argued the Association des economistes québécois.

Teilor Stone has been a reporter on the news desk since 2013. Before that she wrote about young adolescence and family dynamics for Styles and was the legal affairs correspondent for the Metro desk. Before joining The Bobr Times, Teilor Stone worked as a staff writer at the Village Voice and a freelancer for Newsday, The Wall Street Journal, GQ and Mirabella. To get in touch, contact me through my teilor@nizhtimes.com 1-800-268-7116
Previous ArticleConservatives will no longer have to constantly distance themselves from Trump
Next ArticleFederal law on privacy and data protection