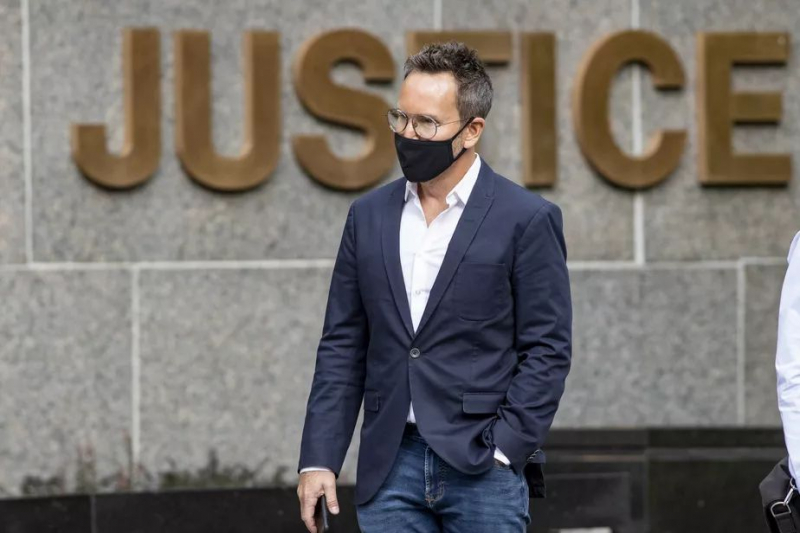 Share November 12, 2020 12:44 PM Share Éric Salvail's trial: the Crown attacks his credibility Stéphanie Marin The Canadian Press MONTREAL – If the defense attacked the credibility of the complainant the day before, the Crown prosecutor replied with the same weapons on Thursday: she attacked the testimony of Eric Salvail, which she described as “implausible and incoherent”, and which should be rejected in its entirety.

“You should not retain anything from what he said”, argued Me Amélie Rivard to judge Alexandre Dalmau of the Court of Quebec.

It is Me Rivard's turn to plead, in a courtroom at the Montreal courthouse. Since the beginning of the morning, she has been deploying the arguments to try to convince the judge to convict the former star host Eric Salvail for sexual assault, forcible confinement and harassment.

Her defense is based on her testimony, she said, but “the accused does not deserve to be believed and to raise any doubt.”

He testified that Eric Salvail kidnapped and sexually assaulted him in a Radio-Canada bathroom, after several months of advances, sexual comments and inappropriate touching in the workplace.

As for the complainant, he presented a very calm, organized story with a lot of details, Mr. Rivard said with confidence.

He is credible, sincere, reliable on all levels and obviously emotional. “There may be some irregularities (in her testimony), but these are peripheral elements,” she said.

The crown attorney also made extensive use of the rebuttal evidence she offered to the judge on Monday.

Statements made to the police by three former work colleagues of Eric Salvail were filed at the trial, in which they state inappropriate sexual comments, unwanted touching by the former star host, who is also said to have been exhibited in front of one of them.

She used their words to try to show that the accused's testimony was not credible.

Eric Salvail said that he is not the type of person to attack people? These three men testified about what they went through.

Éric Salvail says that putting his hand on the buttocks is a gesture that he only makes with friends? One of the men said he grabbed her buttock the first day he met him.

Éric Salvail testified that he would never have engaged in such acts of harassment, because his work is everything to him, and that he would not have taken the risk of hindering his professional advancement? These three men testified to unwanted touching and inappropriate language at a time when the accused was not yet known.

On Wednesday, Eric Salvail's lawyer, Me Michel Massicotte, was busy undermining the version of the facts reported by the complainant: his testimony is not credible, he repeated. He painted an unflattering portrait of himself: Donald Duguay is a man capable of lying, of spreading falsehoods and even of perjury. The actions complained of never happened, he insisted.

Eric Salvail had chosen to testify at his criminal trial.

At that time, he had completely denied all the allegations to which he was the subject. He even qualified as “far-fetched” the episode of sexual assault and kidnapping related by Donald Duguay.

Teilor Stone has been a reporter on the news desk since 2013. Before that she wrote about young adolescence and family dynamics for Styles and was the legal affairs correspondent for the Metro desk. Before joining The Bobr Times, Teilor Stone worked as a staff writer at the Village Voice and a freelancer for Newsday, The Wall Street Journal, GQ and Mirabella. To get in touch, contact me through my teilor@nizhtimes.com 1-800-268-7116
Previous ArticleHugo Fontaine appointed CEO of La Tribune
Next ArticleEric Salvail's trial: his version is implausible and incoherent, says the Crown