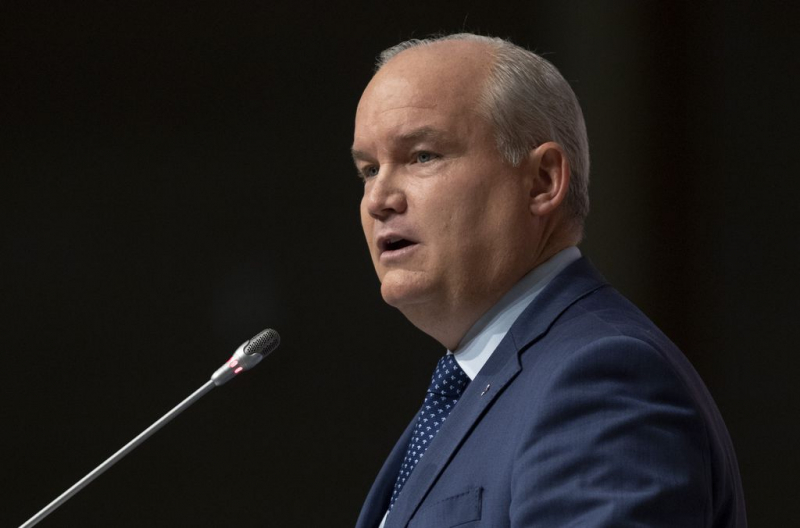 Erin O'Toole's response to the Speech from the Throne will be his first statement in the Commons since he became party leader just over a month ago.

Share September 28, 2020 8:45 a.m. Updated at 3:58 p.m. Share Erin O'Toole set to speak in Commons Stephanie Levitz The Canadian Press OTTAWA – Conservative Leader Erin O'Toole and Bloc Québécois Leader Yves-François Blanchet are expected to take their seats in the House of Commons this week after being sidelined due to COVID-19.

Their respective responses to the Liberals' Speech from the Throne will come as MPs also stand ready to debate new aid measures due to COVID-19 – and potentially pass them – during Parliament's first full week of operations. .

Erin O'Toole's response to the Speech from the Throne will be his first statement in the Commons since he became party leader just over a month ago.

Erin O'Toole used his victory speech as the new Tory leader last month to focus on how he would expand the so-called “big blue tent” and make the party relevant beyond its base.

His response to the Speech from the Throne will recast that approach into an argument for the country as a whole.

Even though it was stuck in its basement, the party was releasing video clips in an attempt to present it more widely to the country.

One was about his mother's death as a child and the pivotal role his hockey coach played in helping him through that time. Another, his Labor Day post, showed Erin O'Toole making an unusual Conservative speech directly to workers – political territory that is more traditionally home to the NDP or the Liberals.

With people online much more often these days as a result of the pandemic, content on social media can have a lot more of an impact than a single speech, said Ginny Roth, because being a powerful player in Parliament doesn't does not necessarily translate into votes in general elections.

“His biggest challenge is notoriety, people just don't know who he is,” said Ginny Roth. “It uses the format that works best for people and seems to be the most accessible to people right now: online video content.”

Erin O'Toole's remarks in the Commons will be an opportunity to set the tone for how he will seek to lead the Official Opposition in the months to come and win the country in the next election.

“We are going to oppose, and we are going to challenge and hold the government to account,” Erin O'Toole said in an interview last week with The Canadian Press. “But we will also offer a mixed vision.”

Erin O'Toole's Conservatives were quick to speak out against the Speech from the Throne last week, saying it did not go far enough to offer support to Canadians affected by the pandemic. The Bloc Québécois has said that in the absence of a plan from the federal government to transfer billions more for health care to the provinces, it is not sure that it can support it either.

But the NDP has now said that if its demands for a stronger safety net in the face of COVID19 were in the new financial aid bill that will be introduced in the Commons this week, they would likely support the Speech from the Throne.

The bill aims to replace the Canada Emergency Response Benefit, which gave nearly nine million Canadians $ 500 a week at the start of the pandemic to help those who had lost their jobs.

The new aid will have to offer the same amount – one of the NDP's conditions – through the employment insurance program.

The NDP has yet to reveal what improvements it has managed to get the Liberals to do with the sick leave portion of the bill.

Teilor Stone has been a reporter on the news desk since 2013. Before that she wrote about young adolescence and family dynamics for Styles and was the legal affairs correspondent for the Metro desk. Before joining The Bobr Times, Teilor Stone worked as a staff writer at the Village Voice and a freelancer for Newsday, The Wall Street Journal, GQ and Mirabella. To get in touch, contact me through my teilor@nizhtimes.com 1-800-268-7116
Previous ArticlePauline Marois denounces the exclusion of women from the political boy club
Next ArticleThe Bloc Québécois proposes a post-pandemic economic recovery plan