Extension of streets on the McCrea plateau 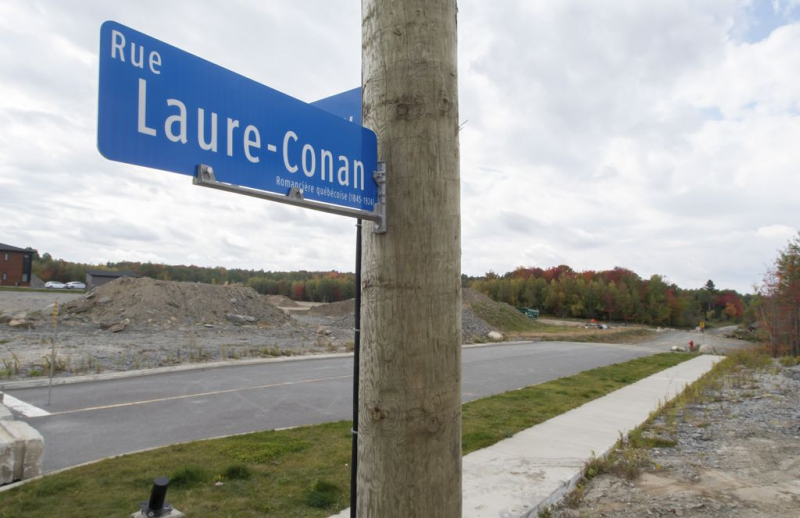 Laure-Conan Street will be extended, as will part of Nina-Owens Street.

Jonathan Custeau La Tribune Deforestation work will begin shortly on the McCrea plateau to allow the extension of Laure-Conan and Nina-Owens streets. The City of Sherbrooke will invest $ 968,000 to finance part of the work which includes the oversizing of the water and storm and sanitary sewer pipes, street repairs, the construction of a sidewalk, a multifunctional path. and a pedestrian path and signage.

Work will continue up to a green space that will be ceded to the City, but will not join rue Francis-McCrea. They should allow the construction of four homes that will have between 65 and 80 homes. All the work is valued at $ 2.1 million. In addition to the City, the private developer will finance the construction.

In a press release, the City argues that the future homes will have a total value of $ 4 million, which will allow the municipality to receive an annual income of $ 41,080 in taxes.

On Monday at city council, the director of the Urban Infrastructure Service at the City of Sherbrooke, Caroline Gravel, indicated that this project involved a lot of active transportation, thanks to a multifunctional path, a bench sidewalk and a pedestrian crossing.

She adds that rue Laure-Conan will one day be extended to rue Francis-McCrea, but that for the moment, this portion will be left in gravel only to allow the passage of emergency vehicles, namely firefighters, ambulance and police officers. “Right now, this portion of the street is open because we asked the trucks to pass through there to avoid the residential area. It should be closed by barriers when the site is finished, ”says Ms. Gravel.

Évelyne Beaudin asked if it was normal for the City to pay for the infrastructures located in front of the future park. If the green space will be ceded to the City, it wonders whether the developer should not pay for the work before giving the land for park purposes. “He gives us a park, but we have to pay for our end of the street?” Is it usual to do things in this order? “

“It is part of our regulation 1204 which must be reviewed in 2021. These are things that we will be able to look at”, replies Caroline Gravel.

Ms. Beaudin at the same time asked if it was possible to submit an annual report on the returns on investment for street openings. “It would allow us to know if it's good a comeback in 23 years or 40 years. “

For built homes, the return on investment is effectively estimated at 23 years, while it is 40 years for unbuilt homes.

Teilor Stone has been a reporter on the news desk since 2013. Before that she wrote about young adolescence and family dynamics for Styles and was the legal affairs correspondent for the Metro desk. Before joining The Bobr Times, Teilor Stone worked as a staff writer at the Village Voice and a freelancer for Newsday, The Wall Street Journal, GQ and Mirabella. To get in touch, contact me through my teilor@nizhtimes.com 1-800-268-7116
Previous ArticleBeaudin proposes a policy for road safety
Next ArticleThe STS consults for the revision of its service offer