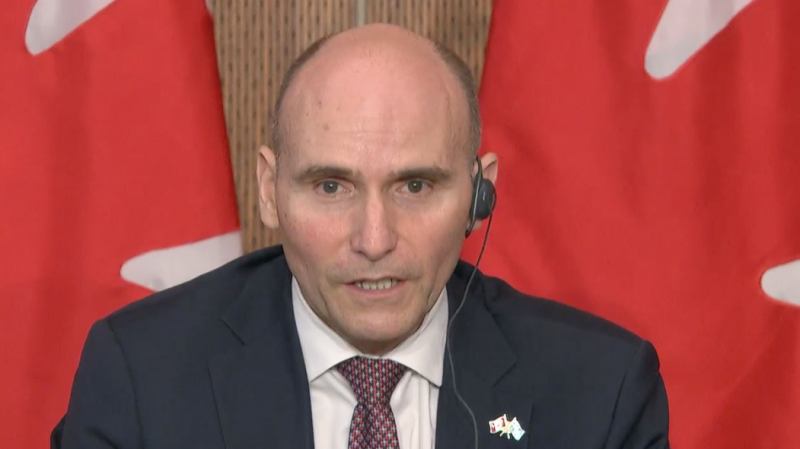 “We must reduce the spread immediately.” This is the message hammered by the federal government on Friday morning, citing figures that show a clear increase in COVID-19 cases in the country as well as community transmission of the Omicron variant across the country. Canada is promising 35 million rapid tests to provinces and territories to fight the spread.

It is also announcing the return of mandatory PCR tests for vaccinated travelers, an expensive screening test with negative results to be able to cross the border. This obligation was only abandoned on November 30.

Over the past seven days, 5,000 new cases have been reported in Canada every day. This is 45% growth from the previous seven days. The resurgence could lead to overloading health systems, the federal government believes.

The current model predicts the predominance of the Omicron variant, argues the chief administrator of the Public Health Agency of Canada, Dr. Theresa Tam. “The resurgence could be much faster than what we've seen before,” she insists. The federal government also notes that the Omicron variant infects people who have been adequately vaccinated or who have already been infected with COVID-19.

C ' is the fastest-spreading variant to date.

The government is also lifting the measure that prohibited the arrival in Canada of people from certain target countries where the Omicron variant was first spread. “This initial measure raised some controversy, but it was necessary,” said Canada's Health Minister Jean-Yves Duclos. It is not anymore, given the evolution of the situation and the community transmission in Canada, said the minister.

The federal government also approves the decision of the Premier of Quebec, Thursday evening, to reduce the number of people who can meet during the holiday season, from 20 to 10 people, and to reduce by 50% the number of customers who can visit shops, theaters, churches, stadiums, bars and restaurants.

“We must do everything possible” , says Dr. Tam. “We need an approach that focuses on immunization, but other measures as well.” Federal officials cite the example of reducing social activities, ventilating rooms, and using properly fitting masks. Canadians are asked to change their holiday plans accordingly, and to avoid non-essential travel.

Teilor Stone has been a reporter on the news desk since 2013. Before that she wrote about young adolescence and family dynamics for Styles and was the legal affairs correspondent for the Metro desk. Before joining The Bobr Times, Teilor Stone worked as a staff writer at the Village Voice and a freelancer for Newsday, The Wall Street Journal, GQ and Mirabella. To get in touch, contact me through my teilor@nizhtimes.com 1-800-268-7116
Previous ArticleWhat is the ski touring buzz?
Next ArticleThe number of closed schools in Montreal is increasing