Fields of competence in health: Trudeau responds in Quebec by citing CHSLDs 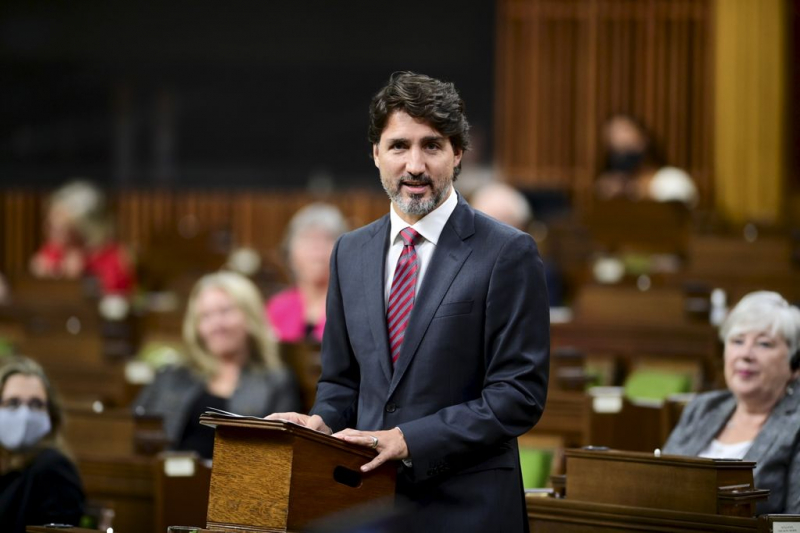 Share September 24, 2020 2:59 p.m. Updated at 3:16 p.m. Share Fields of competence in health: Trudeau responds in Quebec by citing CHSLDs Catherine Lévesque The Canadian Press OTTAWA – Quebec needs the help of the federal government, according to Justin Trudeau, who has cited as an example the difficult situation the province experienced with its elders last spring.

The Prime Minister served this reply to the Conservative Gérard Deltell, who accused him of interfering in the jurisdictions of the provinces with his most recent Speech from the Throne, in particular by wanting to impose national standards in long-term care centers.

“I regret, Mr. Speaker, to hear the member for Louis-Saint-Laurent say that the federal government has no place to protect our seniors. This was not the opinion of the Premier of Quebec when he asked us to send the Armed Forces to help seniors in our CHSLDs, ”said Mr. Trudeau, Thursday, during the question period.

“Quebeckers and Canadians have once again seen the disagreeable face of the arrogance of the Liberal Prime Minister,” replied Mr. Deltell.

The day before, the Premier of Quebec, François Legault – and now President of the Council of the Federation – had said that the Speech from the Throne was “disappointing” and did not respect the jurisdiction of the provinces in health.

His grievances were relayed to the House of Commons on Thursday by the Conservatives, but also by the Bloc.

Gabriel Ste-Marie, of the Bloc Québécois, asked Mr. Trudeau's political lieutenant in Quebec, Pablo Rodriguez, if he recognizes that the drop in the federal contribution to health has a “direct link” to the difficult situation in CHSLDs. .

Other provinces joined their voices to that of Quebec in the last hours to criticize the Speech from the Throne.

They are unhappy that the document prepared by the Trudeau government makes no mention of an increase in federal health transfers, which they are calling with one voice, and that certain commitments encroach on their jurisdiction.

“There was room for all the shiny objects, all the political distractions you can imagine (…), but not a word about health transfers,” lamented Jason Kenney, Prime Minister from Alberta, during a press briefing Thursday.

“All of the premiers from coast to coast have identified this as the number one priority and yesterday it was ignored,” added Brian Pallister of Manitoba.

His colleague from Ontario, Doug Ford, said that all premiers speak with one voice.

“We don't think the federal government should be in this jurisdiction. We need their support, but no one knows health care better than the provinces. (…) We were disappointed not to see an increase in federal health transfers that we desperately need, ”he said.

He then warned Ottawa against the temptation to interfere with provincial jurisdiction.

“If the federal government takes control of health care, I think it would be a real disaster. All prime ministers think the same, ”Ford warned.

Telephone meetings are scheduled for Thursday and Friday between all the prime ministers. The meeting of the Council of the Federation, which was to take place on these same dates at the Château Frontenac in Quebec, has been canceled.

Teilor Stone has been a reporter on the news desk since 2013. Before that she wrote about young adolescence and family dynamics for Styles and was the legal affairs correspondent for the Metro desk. Before joining The Bobr Times, Teilor Stone worked as a staff writer at the Village Voice and a freelancer for Newsday, The Wall Street Journal, GQ and Mirabella. To get in touch, contact me through my teilor@nizhtimes.com 1-800-268-7116
Previous ArticleMarguerite Blais blames some of the blame for the CHSLD fiasco on Legault and Arruda
Next Article$ 500 per week for all benefits and employment insurance