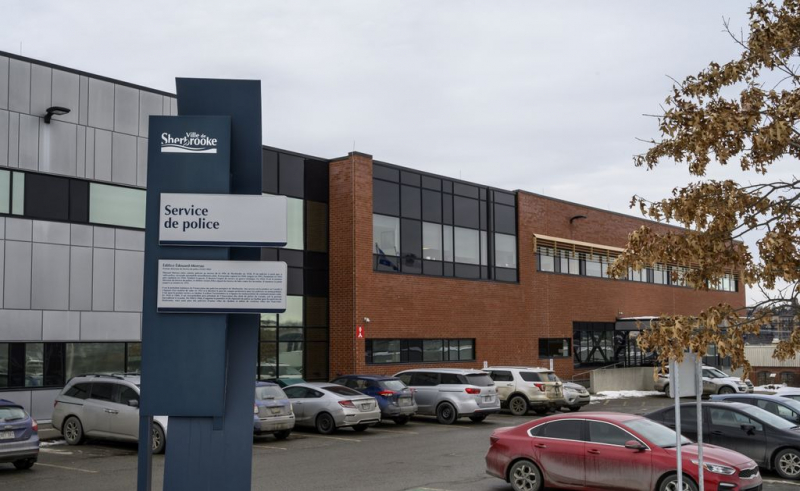 The athlete presented himself at the beginning of the week at the headquarters of the Service de police de Sherbrooke (SPS) in a state of drug consumption.

René-Charles Quirion La Tribune Chadrick Tchanga-Henry, this former Rouge & Or receiver at Laval University, took ten days to break the confidence the court had placed in him.

Entrusted to a therapy house to resolve his drug use problems, the athlete presented himself at the beginning of the week at the headquarters of the Service de police de Sherbrooke (SPS) in a state of drug use.

“We received a call from an individual who had quit therapy. It was in a state of consumption, ”confirms the spokesperson for the Sherbrooke Police Department, Martin Carrier.

Tchanga-Henry is therefore back in prison for this breach of condition.

During the observations on the sentence, Tchanga-Henry had implored the court at the end of August by mentioning that he was ready to turn the page and especially to be helped.

“I want to complete therapy and be proud of myself. I want to find resources that will help me. I ask for a second chance. Everyone makes mistakes and I want to go back to therapy (…) I have drug problems. I need help and I want to be helped, ”Tchanga-Henry said at the time.

After an analysis of the file, Judge Danielle Côté of the Court of Quebec suspended the sentence that could be imposed on him for the crimes he committed.

The accused convinced the court that he was ready to sort out his drug use problem and acknowledge his mental health problem.

The judge had entrusted it to a therapy house focusing on the rehabilitation and social reintegration of an offender “whose drug addiction is the source of the offenses he commits”.

Defense lawyer Me Benoit Gagnon from legal aid has postponed the case for a breach of probation until Thursday to determine the direction he will give it.

The case could be brought back to Judge Côté so that the prison sentence which had been suspended to give Tchanga-Henry a last chance be imposed.

The accused places his misfortunes on a pass that was dropped in the Vanier Cup final in 2017 with the Rouge & Or.

He had explained to the court that this episode had changed his life.

The student-athlete, who lifted the Canadian university football championship trophy in 2016 with his teammates from the powerful and prestigious formation, claims to have been sidelined following this grand final.

His descent into hell led him to the consumption of cannabis, methamphetamine and cocaine, crime and then prison.

It is a toxic psychosis that is at the origin of two episodes of arson ignited in the residences of the University of Sherbrooke then in a rooming house on Boulevard Jacques-Cartier in December 2018.

In the fall of 2019 at the end of this prison term, he attempted to resume his studies at Concordia University in Montreal and football, but relapsed.

Tchanga-Henry broke his probation terms which once again landed him behind bars at the end of 2019.

It was multiple breaches of conditions, probation and break-ins that brought him back to court in the spring of 2020.

The criminal prosecution attorney Gabrielle Cloutier pleaded for a prison sentence in this case.

Teilor Stone has been a reporter on the news desk since 2013. Before that she wrote about young adolescence and family dynamics for Styles and was the legal affairs correspondent for the Metro desk. Before joining The Bobr Times, Teilor Stone worked as a staff writer at the Village Voice and a freelancer for Newsday, The Wall Street Journal, GQ and Mirabella. To get in touch, contact me through my teilor@nizhtimes.com 1-800-268-7116
Previous ArticleInveterate thief sentenced to two years in prison
Next ArticleFrance: three dead and several injured in an attack in Nice