From Dr. Gray to Our Lives, COVID is on TV 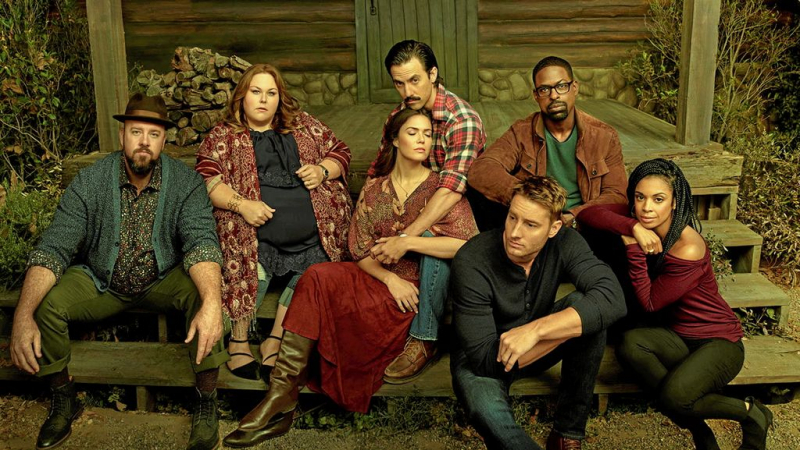 The distribution of Our life.

In cosmonaut outfit, but still glamorous, Dr. Gray's surgeons will resume service Thursday with the launch in the United States of the 17th season, delayed because of the health crisis, but plunged into the heart of the matter in favor of a narrative leap.

Impossible for the medical series with the record longevity “to ignore the greatest medical history of the century”, had summed up this summer its executive producer, Krista Vernoff, invoking a responsibility towards the caregivers, in a podcast of the Hollywood Reporte r .

For the creators of Chicago Med too, evoking the health context was obvious. “Not to do so would not have been realistic,” Diane Frolov and Andrew Schneider told AFP.

The first episode of season 6, launched Wednesday, will deal extensively with the “weariness” caused by COVID, subsequently maintained as a backdrop, in particular via “new protocols put in place to protect patients and caregivers from the virus “.

Not surprisingly, other medical programs ( The Good Doctor , The Resident …) have or will rub shoulders with the pandemic, but its economic and societal impacts infuse beyond gender.

A bit of humour

In the drama series Our Life , which has just entered its 5th season, the Pearson family wear masks, kiss from a distance, or suffer a clinical trial postponed for another terrible disease …

And in The Conners , sequel to the sitcom Roseanne , it is the “economic prism” which is privileged to follow a working family “which still struggles financially and lives most of the time without a safety net”, underlines its AFP. executive co-producer and co-writer Dave Caplan.

Thus, the whole family comes back to live under the same roof, for which the father receives an eviction notice, her sister-in-law trying to save her restaurant by improvising herself as a bicycle delivery driver.

“It seemed natural to us to integrate COVID” into the lives of characters who “had started businesses, were desperately trying to advance in their careers” before the virus interrupted it all, says Dave Caplan. The team has also chosen, rarely, to incorporate the perspective of Americans reluctant to comply with science and health restrictions. “It's something that really exists in our country,” says Dave Caplan. So it is returned in our series. ”

The pandemic, notes the co-producer and co-writer of the Conners Bruce Helford, has also created “new situations” and the opportunity to slip in humor from these new elements.

In France, the exercise is currently less well established than in Hollywood, even if the romantic series Plan coeur (Netflix) devoted a special episode to confinement this summer.

The daily soap opera of France 2, Un si grand soleil has flown over this period, to address its fallout: poorly paid nurse, her heroine, Claire, starts robbing the rich with the employee of a supermarket who like her has ” worked like crazy, ”says scriptwriter Olivier Szulzynger for AFP.

If he intends to limit allusions to COVID to guarantee viewers “a breath in a gloomy news”, others are addressing the crisis head-on.

Filmed during confinement, Social Distance (Netflix), co-produced by Jenji Kohan ( The orange suits him so well ), explores in eight episodes and as many stories the maintenance of social links via screens and applications, while the film Costal Elites (HBO) features five characters telling each other in front of their webcam.

On the Hexagon side, Dany Boon is preparing, for Netflix again, a comedy focused on confinement in a Parisian building.

And Amazon will unveil Connected on Thursday, a mix of thriller and comedy on a virtual aperitif that degenerates, with Michaël Youn and Audrey Fleurot. A film “more relevant than ever” in full re-containment, argues its director Romuald Boulanger, “convinced that we must tell stories that affect us directly”.

Teilor Stone has been a reporter on the news desk since 2013. Before that she wrote about young adolescence and family dynamics for Styles and was the legal affairs correspondent for the Metro desk. Before joining The Bobr Times, Teilor Stone worked as a staff writer at the Village Voice and a freelancer for Newsday, The Wall Street Journal, GQ and Mirabella. To get in touch, contact me through my teilor@nizhtimes.com 1-800-268-7116
Previous ArticleTVA adopts a new visual identity
Next ArticleStar Académie 2021 will be filmed in Waterloo