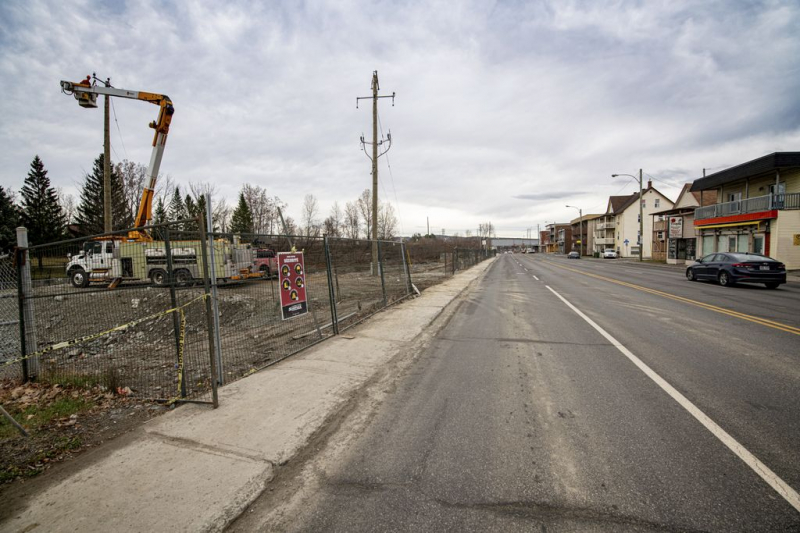 The City of Sherbrooke paid $ 4.7 million for the eight expropriated buildings on rue Galt Ouest.

Jonathan Custeau La Tribune Eight residential buildings may have already collapsed under the peak of demolishers on rue Galt Ouest, in anticipation of a reconfiguration of the artery and the construction of 116 social housing units, the City had still not concluded the purchase of three of them. Monday at City Council, she put an end to the process of acquiring these buildings by signing agreements that mean new expenses of $ 750,000.

According to the data compiled by La Tribune , the City paid a total of $ 4,728,046 for the eight buildings while the municipal evaluations were $ 3,792,000. These amounts only include the purchase price and do not include allowances to tenants or appraisal costs for the City. According to data released in November 2019, it was estimated that the total transactions amounted to $ 4.1 million.

Councilor Paul Gingues wondered if it was an overrun of the budget initially planned for the purchase of the buildings. He also asked when elected officials will be able to have an update on the expenses surrounding this project.

“In expropriation proceedings, the worst deal is worth the best lawsuit. Yes, it costs more than expected, but there was an element of negotiation. Otherwise, someone else would have decided in our place ”, reacted the president of the board, Nicole Bergeron.

The City of Sherbrooke actually had an appointment with the administrative tribunal from January 11 to 22 to set the compensation to be offered to owners if no agreement was reached by then.

Chantal L'Espérance also sought to know on Monday whether the City had respected the envelope it had given itself for these purchases.

Deputy Director General Marie-France Delage offered to make a presentation of the costs incurred next Monday. “In the amounts that we pay, we must take into account the value of the building, the business, the moving costs and the nuisances that the owners may have suffered in the process of expropriation. If the file had gone to the administrative tribunal, the settlements would have been more important than in a mutual agreement agreement. “

Marc Denault, for his part, questioned the City's modes of communication. “When the information goes out publicly that we have a project, there is speculation. There is some thought to be done in relation to the last two major projects: do we go public once there is an agreement between the two parties to ensure that taxpayers get value for their money? “

In June, the City estimated the total expenditure necessary for the revitalization of Galt Street West at $ 12.4 million, of which $ 10.7 million would come from the City.

In November 2019, the purchase and demolition of buildings, as well as the decontamination of the land, were estimated at just over $ 8 million. A budget revised in June instead brings this amount down to $ 6.5 million. If surplus sums were released, they would be used for the reconfiguration of the street.

Teilor Stone has been a reporter on the news desk since 2013. Before that she wrote about young adolescence and family dynamics for Styles and was the legal affairs correspondent for the Metro desk. Before joining The Bobr Times, Teilor Stone worked as a staff writer at the Village Voice and a freelancer for Newsday, The Wall Street Journal, GQ and Mirabella. To get in touch, contact me through my teilor@nizhtimes.com 1-800-268-7116
Previous Article“Attracted” by little girls: Louis Marcotte will remain in prison
Next ArticleDenault gets impatient with Bitfarms case