Gift from WE Charity: Morneau did not act badly, concludes the ethics commissioner 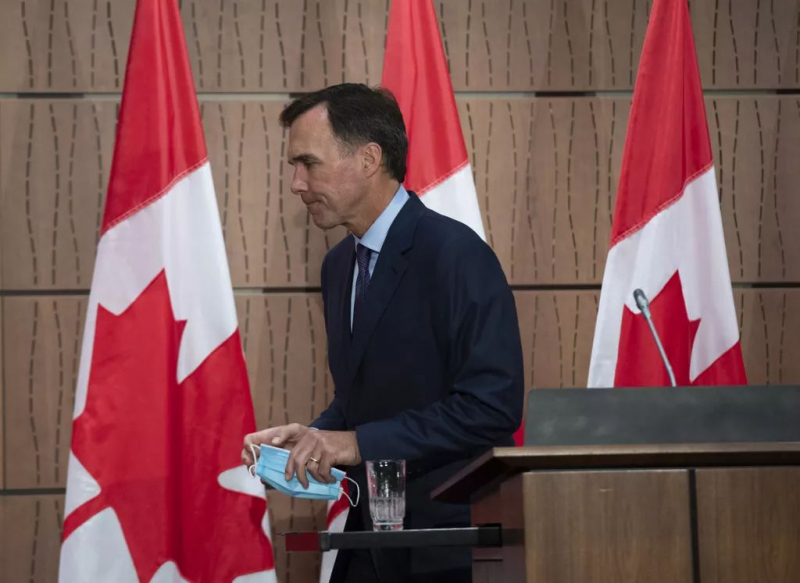 As soon as Bill Morneau learned in July that WE had in fact covered $ 41,000 in expenses for these trips, he reimbursed the charity, according to Dion.

Share October 29, 2020 4:34 p.m. Share Gift from WE Charity: Morneau did not do wrong, concludes ethics commissioner The Canadian Press OTTAWA – Federal Ethics Commissioner concluded that former Minister of Finance Bill Morneau no did not deliberately misbehave by not disclosing a gift received from WE Charity.

Commissioner Mario Dion believes that Mr. Morneau “sincerely believed” that he had paid the full cost of two trips he and his family made in 2017 to Ecuador and Kenya to visit humanitarian projects that WE is leading. in these countries.

As soon as Morneau learned in July that WE had in fact covered $ 41,000 in expenses for these trips, he reimbursed the charity, according to Dion.

Because he immediately took “the appropriate corrective measures”, the former minister did not accept a gift from WE, concludes the commissioner in a letter sent to Mr. Morneau.

WE's invitation to learn about his plans in the field was intended to encourage Mr. Morneau's wife to donate to the charity, but Mr. Dion accepted Mr. Morneau's explanation that he was not involved in his wife's subsequent decision to make two generous donations through the family foundation.

Mr. Dion continues to investigate whether Mr. Morneau violated the Conflict of Interest Act by not recusing himself from Cabinet's decision to pay WE Charity $ 43.5 million to manage a extensive scholarship program for student volunteering, which was ultimately quashed in controversy.

Teilor Stone has been a reporter on the news desk since 2013. Before that she wrote about young adolescence and family dynamics for Styles and was the legal affairs correspondent for the Metro desk. Before joining The Bobr Times, Teilor Stone worked as a staff writer at the Village Voice and a freelancer for Newsday, The Wall Street Journal, GQ and Mirabella. To get in touch, contact me through my teilor@nizhtimes.com 1-800-268-7116
Previous ArticleEthics Commissioner recommends sanction against Minister Fitzgibbon
Next ArticleOctober crisis: the parties stuck on their positions